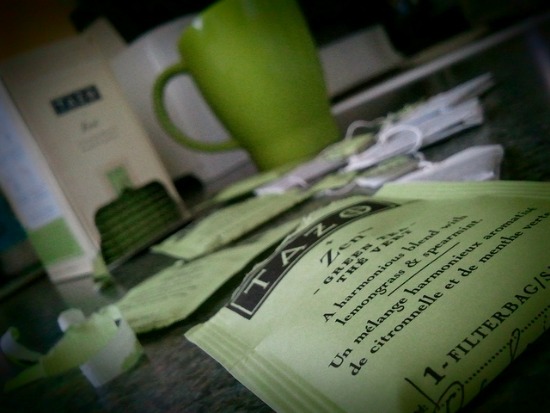 So tea. I love it. This is no secret. I’ve also heard for years that it is healthy for me. That is true. Of course, you have to be drinking actual tea and not the herbal stuff that people still love but that lack all the benefits of real tea. Real tea is loaded with antioxidants called polyphenols, and polyphenols are pretty much awesome. But again, they’re only found in REAL tea.

What’s “real tea” you might ask? If it’s derived from camellia sinensis, it’s real. In layman’s terms? If it’s green, black, white, or oolong, it’s actual, technical tea. Anything else might still be yummy, but it lacks some of the awesome benefits below:

It Helps Prevent Cancer: Tea is packed with polyphenols called catechins, in particular a powerful one called EGCG. EGCG helps kill certain cancer cells. There have been many studies conducted that have proven green tea’s effects against cancer cells.

It Helps Keep Blood Pressure in Check: Routinely drinking green or oolong tea over the period of a year has been shown to lower the risk of developing hypertension by 46% for those who drank up to 2.5 cups a day and 65% less for those who drank more than 2.5 cups. That’s crazy talk!

It Helps Your Teeth: Tea contains fluoride, which is good for overall mouth health.

It Helps Prevent Heart Disease: Experts think flavonoids are the key ingredient in tea that promote health. Doctors have found clear evidence that drinking three to four cups of tea a day can cut the chances of having a heart attack.

It Makes You Smarter: L-theanine is an amino acid that occurs naturally in the camellia sinensis plant. It’s a pretty powerful amino acid that boosts alpha wave activity in your brains. That little boost helps promotes a state of relaxed concentration, which makes you more alert and ready to absorb new information.

It Helps Prevent Obesity: Tea could keep waist circumference in check. In one study, participants who regularly consumed hot tea had lower waist circumference and lower BMI than non-consuming participants. Scientists speculate that regular tea drinking lowers the risk of metabolic syndrome {which increases the risk of diabetes, artery disease and stroke}, although it’s important to remember that correlation does not equal causation {source}.

It Helps Prevent Sunburns: Green tea may actually act as a back-up sunscreen! It provides protection from ultraviolet rays {although I highly recommend actual sunscreen in addition!}.

It Helps You Live Longer: A study of 40,530 people in Japan, where green tea is widely consumed, found drinking green tea was associated with a 23% lower risk of dying from any cause in women and 12% lower risk in men.

It Helps You Exercise Longer: Scientists have proven that the catechins in green tea extract increase the body’s ability to burn fat as fuel, which helps with improved muscle endurance.

It Keeps You Hydrated: The belief that coffee or tea dehydrates is just a myth. Although there is truth behind the fact that caffeine dehydrates, the amount of water in tea does more good for your body than the small amount of caffeine can undo!

It Calms You: This is one I have known for years because I experience it every time I have a cup of tea! Now I have proof! The effects of L-theanine work to counteract the extreme highs and jitters that come from caffeine. That results in a calming effect!

Not convinced yet? That is only a fraction of the benefits from drinking real tea. Know of any more? Are you a tea drinker? What’s your favorite kind?