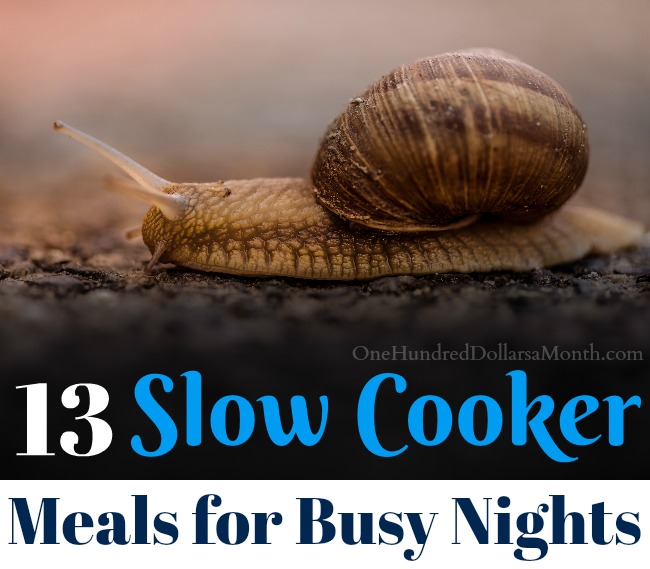 The winter months creep in and I struggle even more with dinner prep. It’s like the cold makes me move at a snail’s pace. I have no desire to spend hours in the kitchen. I’d rather be curled up with a book and a cup of tea. That’s why I turn to my Crock Pot more than ever. Especially since life doesn’t stop just because it’s winter. There are still basketball games and meetings and book clubs and band concerts and extra curriculars.

With a full meal cooking in the crock pot, I can still settle in with that book, even if it’s only for a few minutes before the craziness of the day sets in. At least this way, there will be a hot meal on the table in the middle of the madness. Here are some of my very favorite crock pot meals. Enjoy! 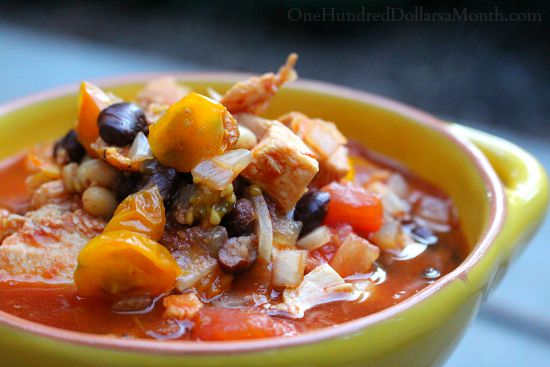 Crock Pot Chicken Chipotle Stew: Monkey Boy gave me a Crock Pot Cookbook for Christmas and this was just one of the many recipes I’ve loved that I’ve cooked out of it. It’s the HH’s new favorite recipe, so I end up cooking it often! {Pin it for later} 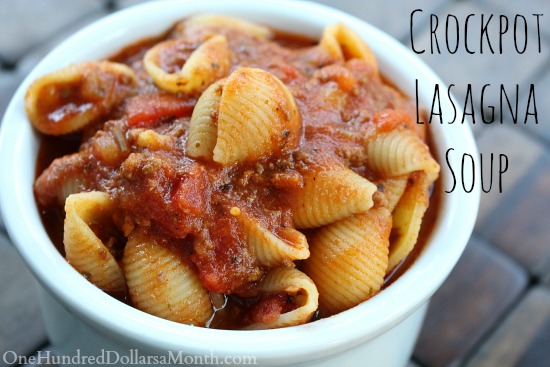 Crock Pot Lasagna Soup: This recipe will give you the lasagna taste, without the time-consuming prep. The result is a little lasagna party in your mouth. {Pin it for later} 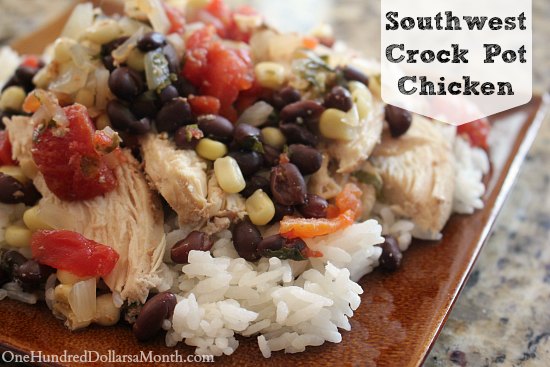 Southwest Crock Pot Chicken: If I don’t feel like going to the grocery store, have forgotten to plan ahead and don’t want to stand over a stove all day, this is what I cook. I always have all the ingredients on hand. It’s one of those kind of recipes. {Pin it for later} 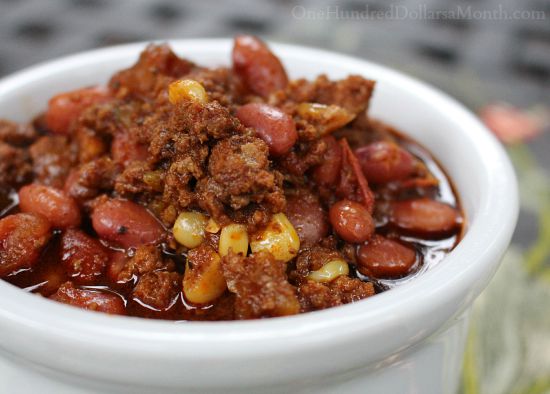 Crock Pot Chili with Heirloom Tomatoes and Beer: If there is one thing my son LOVES, it’s chili. In fact I think he’d eat chili seven nights a week if I’d make it that often. So while he’s not picky when it comes to his chili, he absolutely gobbled this version down. {Pin it for later} 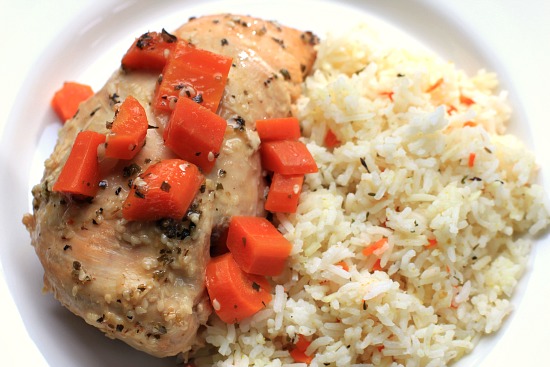 Asian Chicken w/ Ginger: This one is always a big hit with the family. We unanimously love the ginger flavor of the chicken. Gives it a little something extra. {Pin it for later} 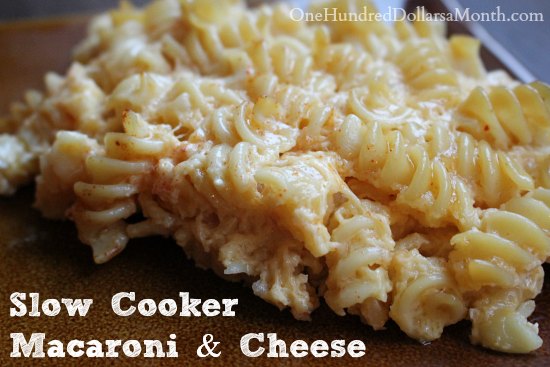 Slow Cooker Mac & Cheese: If you’ve never made homemade mac and cheese, please let this be your first experience with it. You will never buy boxed mac and cheese ever again. {Pin it for later} 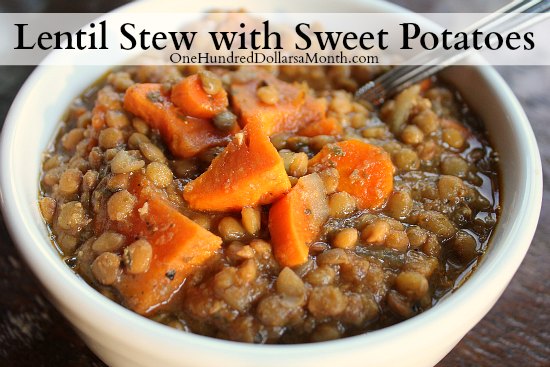 Lentil Stew w/ Sweet Potatoes: I love how the sweet potatoes give this meal just a tiny kick of sweetness to mellow out the salty and savory. The lentil and sweet potato combo is hearty and tasty. {Pin it for later} 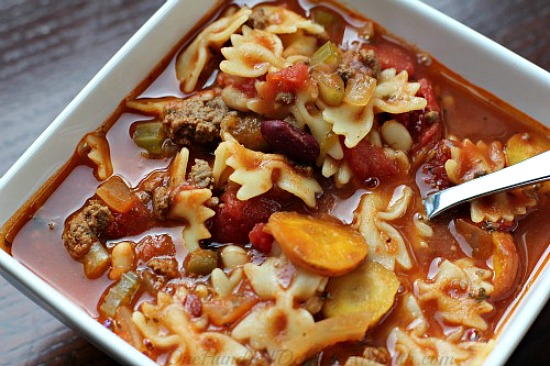 Olive Garden Pasta E Fagioli Soup- Copy Cat Recipe: This may say copy cat and normally that means the recipe is good but not quite as awesome as the original. No so in this case. If you put them side by side, I’d have a hard time pick the Olive Garden version. It’s pretty spot on and that means it’s pretty delicious! {Pin it for later} 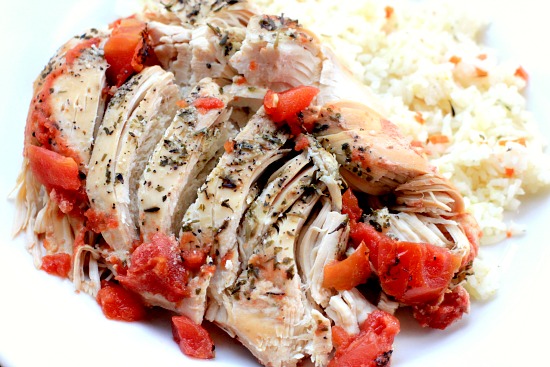 Savory Chicken w/ Tomatoes: This meal takes a whoppin 5 minutes to throw together. No joke. Time it. But it tastes like you slaved away in the kitchen! {Pin it for later} 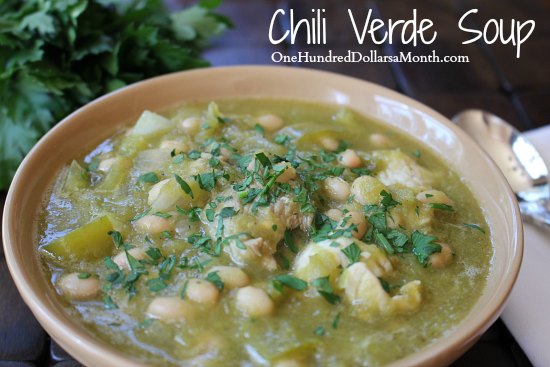 Chili Verde Soup: I always freeze a few pork shoulders when I find them on sale and I have a bunch of frozen peppers from last summer, so I pull them out and toss them in a crock pot. A few hours later and this delicious, light soup is done. {Pin it for later} 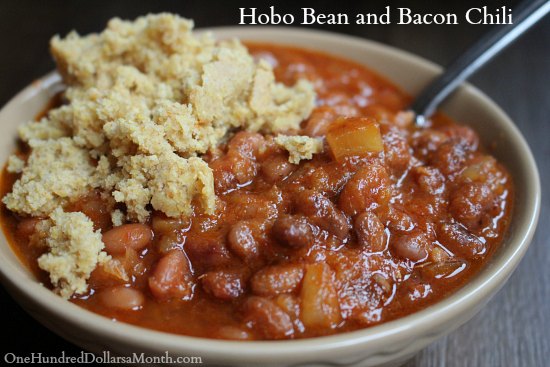 Hobo Bean and Bacon Chili: It’s a chili that has bacon in it. Enough said. {Pin it for later} 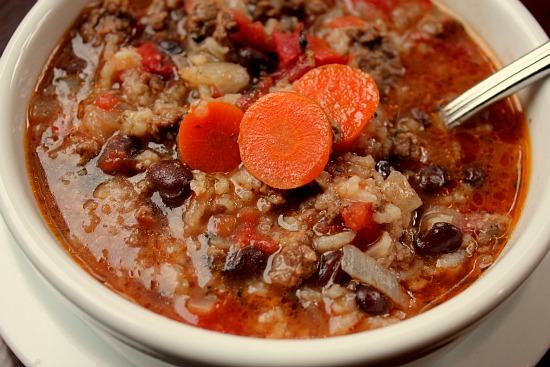 Vegetable Soup w/ Beef: If you’re looking for a flavorful take on a classic, this is it. And it kicks Campbell’s soup’s bottom. {Pin it for later} 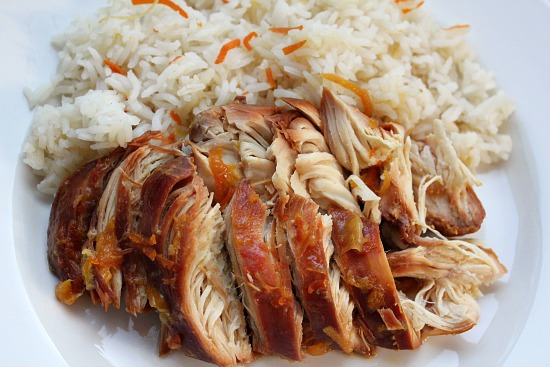 Chicken w/ Orange Marmalade: The coating that forms on the skin of this chicken is reason enough to make it. Often. It’s so dang good. {Pin it for later}

Are you in love with your crock pot too? Then be sure and check out more of my favorite Crock Pot Recipes or my Crock Pot Pinterest Board