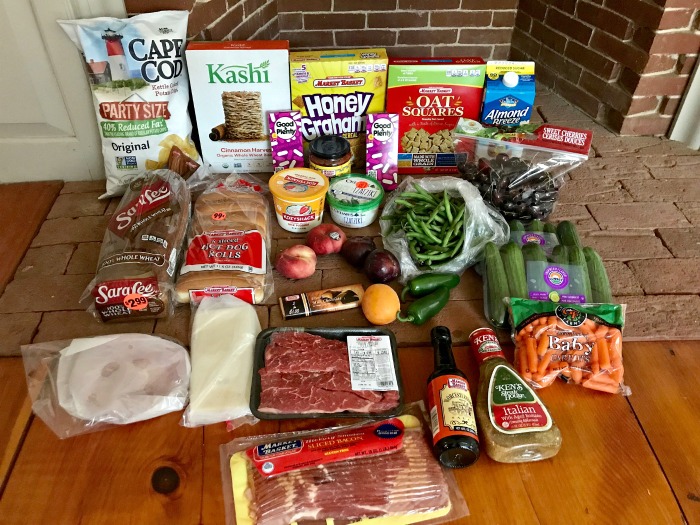 I think my husband is up to a 2 {sometimes 3} a day bowl of cereal habit right now. Aside from the BBQ he cooked on Monday, it was just to warm to cook a real meal this past week. And as a result, he ate a boatload of ceral and I pretty much lived off of hot dogs and vegetables.

The good news is, this week will be a little cooler. And just in time too because there are peppers and basil to harvest and I am beginning to miss real sit down meals. Apparently preparing actual dinners here in the summertime, along with so many other things, is a bit of challenge for us. 😉 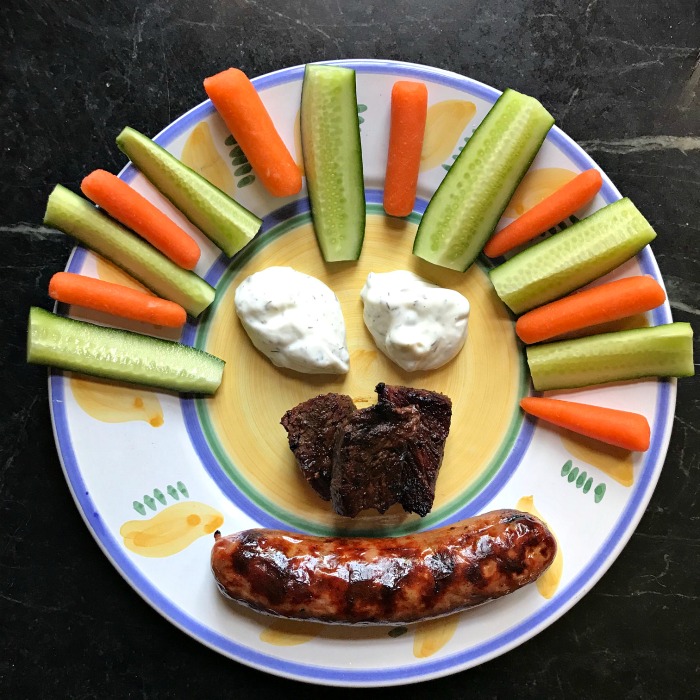 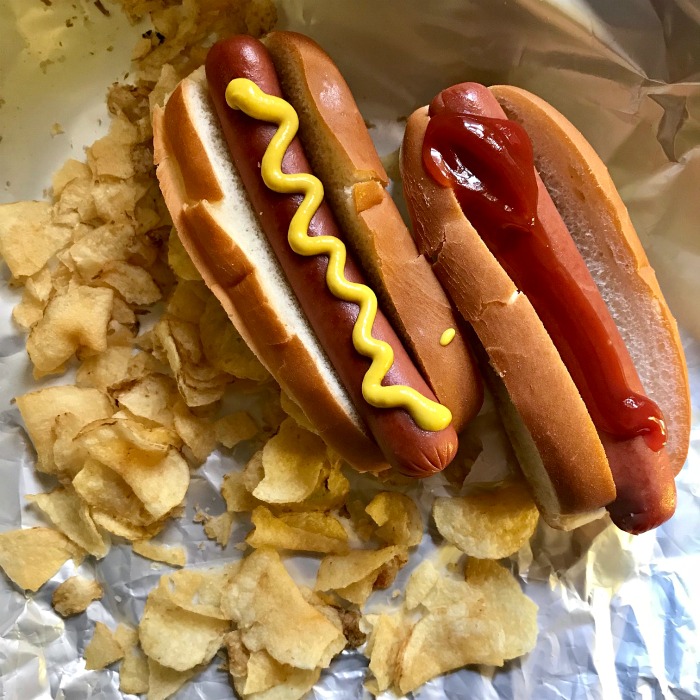 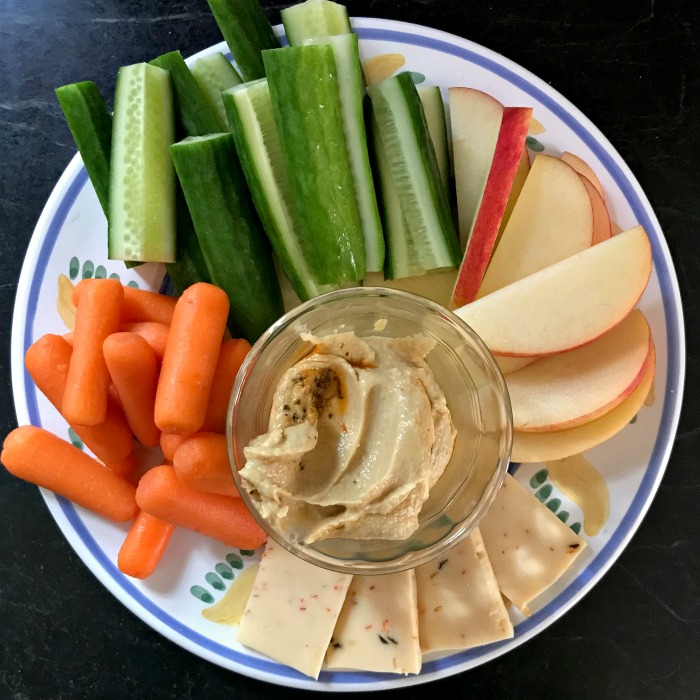 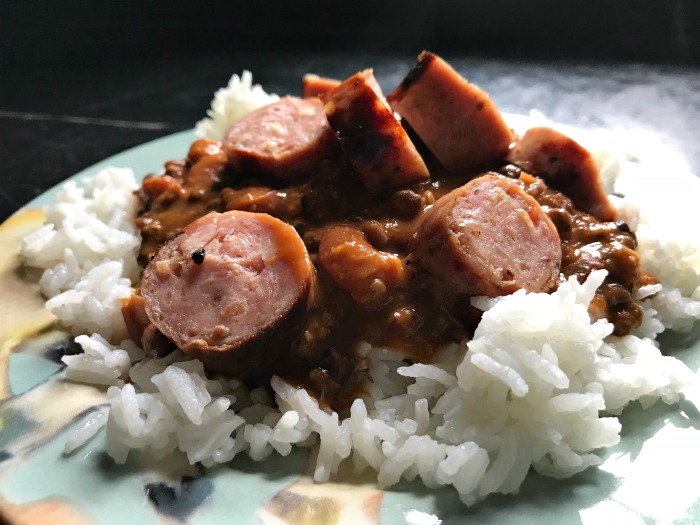 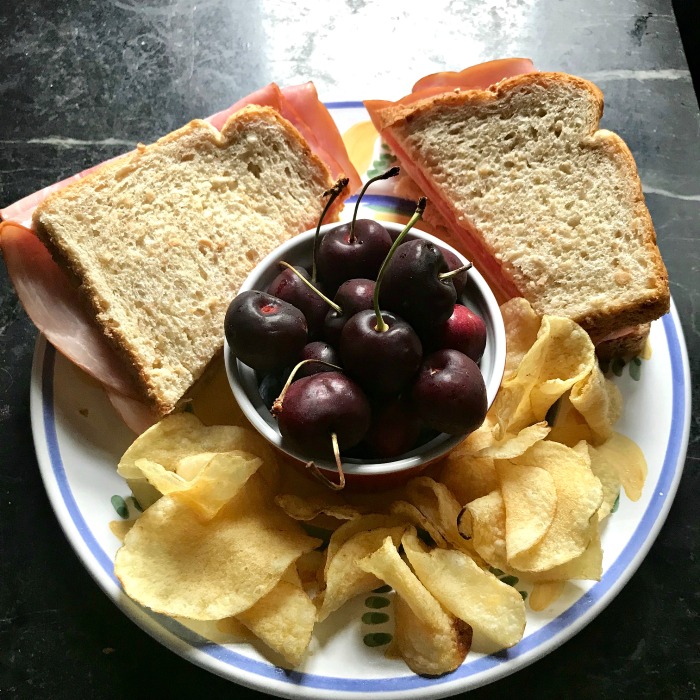 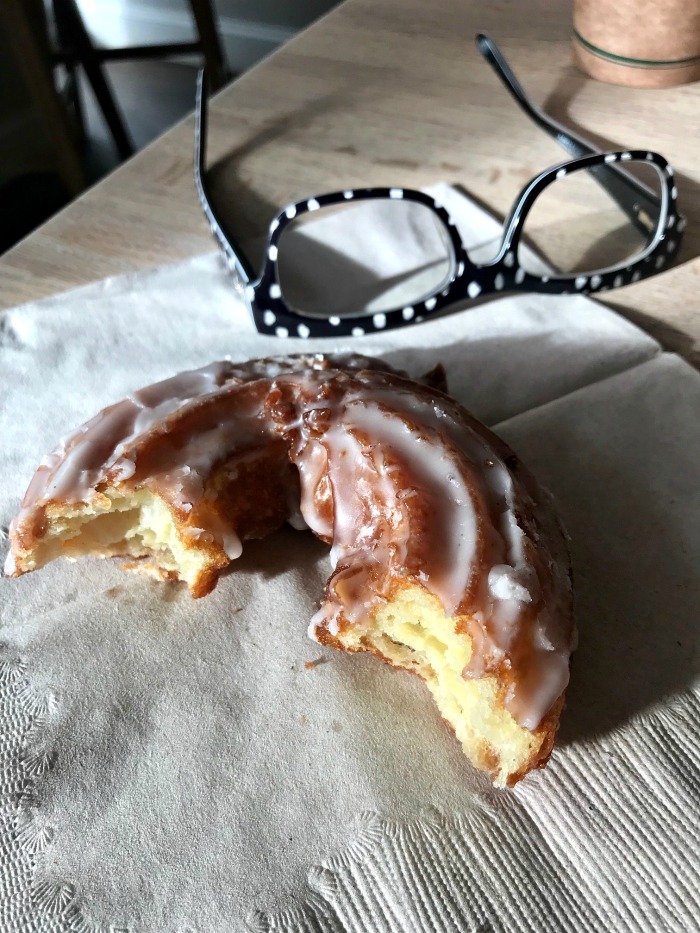 The highlight of the week was our 15 hour date day that started with a crueller from Lil’s Cafe in Kittery, Maine. Their donuts are the best. So light and eggy, they practically melt in your mouth. I can feel the cavities forming with every bite, but it’s totally worth it. 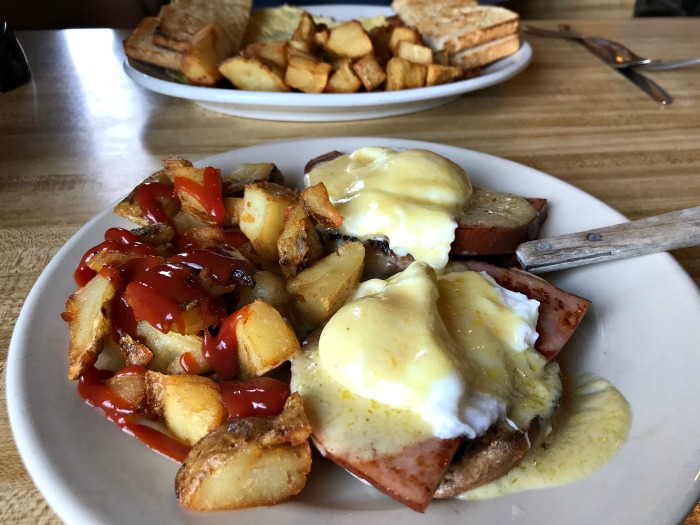 After a quick bite a Lil’s, we headed up the coast driving around Owl’s Head, Rockport and Camden. We finally stopped in Belfast on an errand and tried a new spot, Traci’s Diner, for brunch were I had the best eggs benedict I’ve had in a very, very long time. 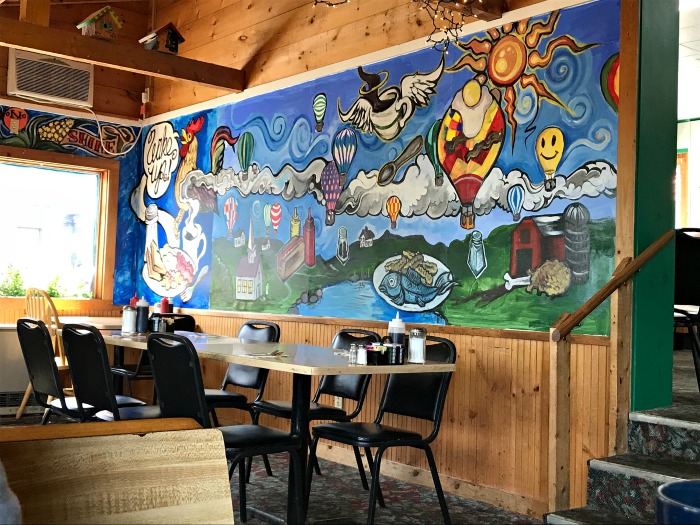 But then again.. when you order food from a place with funky hand painted murals, wall to wall carpeting and rows of old chipped wood veneer tables, you know it’s going to have an if it ain’t broken, don’t fix it type of vibe to it and the food is going to rock.

Diner food is the best. Our waitress was like 16, she did a great job and she used the word AWESOME three times and I couldn’t stop smiling. Man oh man, I love places like that. Good food, great service and no fluff. What more do you need? 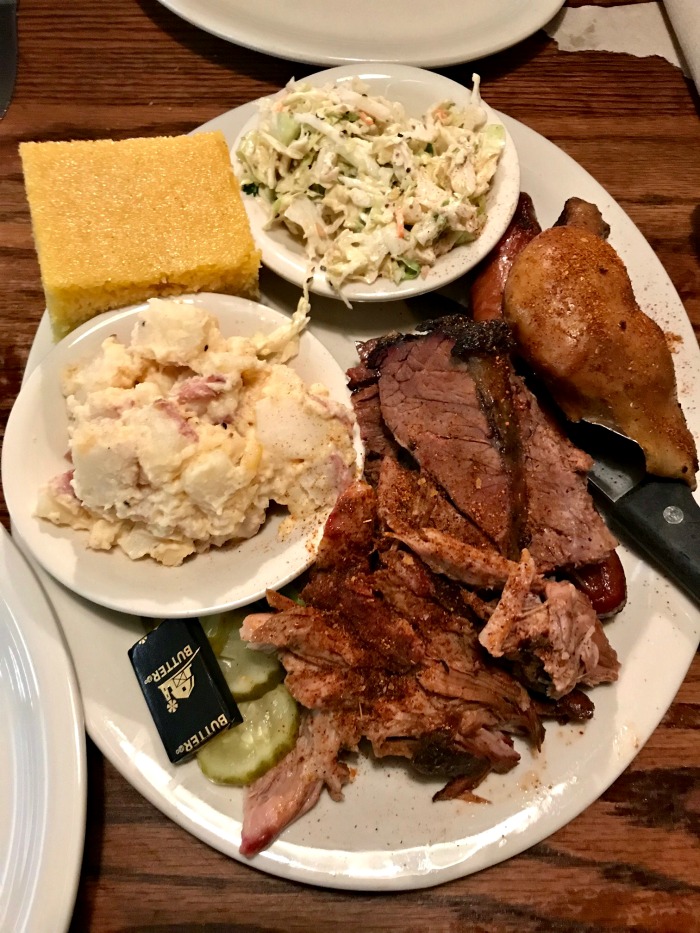 And then, on our way home, we stopped off at a BBQ joint where the food was forgettable {Did I mention our little adventure date was 15+ hours?}. We ordered some sort of BBQ sampler to share. The cole slaw tasted like moldy cabbage to me {the HH thought it tasted like plaster} and the potato salad wasn’t much better {but honestly, after you’ve tried Franklin’s potato salad, nothing else will ever do}.

The pickles were good, and I gave the pulled pork a 6 out of 10 but the stewed meat {which I think was supposed to be brisket?} was not a winner and I didn’t even bother to try the chicken because I don’t like to eat meat off of a bone {the HH said it was fine though}. So basically, we should have totally skipped the BBQ place and just got an ice cream for dinner on the way home instead. Better yet, we should have just packed a cooler full of snacky do’s but where is the fun in that? This was a date day after all and part of this particular date was trying new places to eat.

Oh well, they can’t all be winners. The service and atmosphere at the BBQ place were good and they had a/c so there was that. Being in the restaurant is a tough gig, that’s for sure. 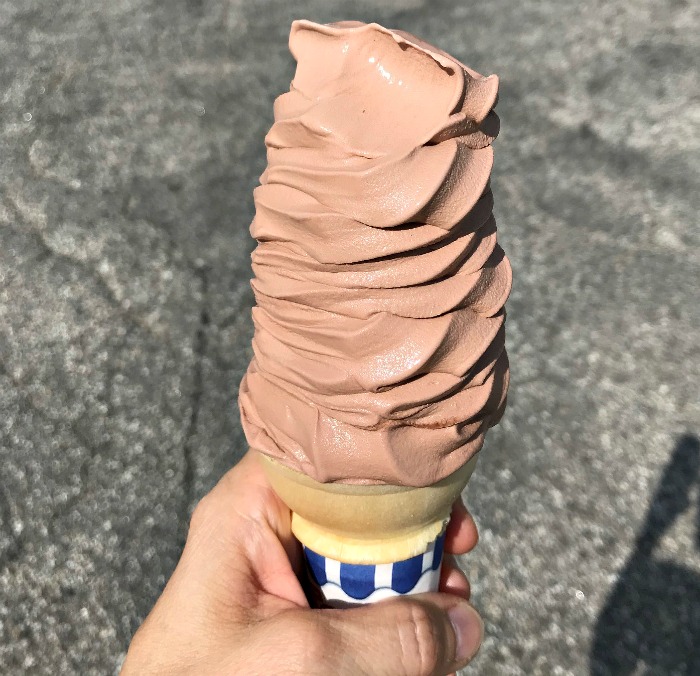 Oh, and let’s not forget about the cones from the local ice cream stand. Lets just say it was a 3 cone week. Ha! Winter, with all it’s chilly days, puffy coats and bowls of hot soup, it will be here before we know it.

At least that’s what I keep telling myself. 😉

Have a wonderful Monday everyone, stay awesome.

Total Spent on Groceries This Week $68.82 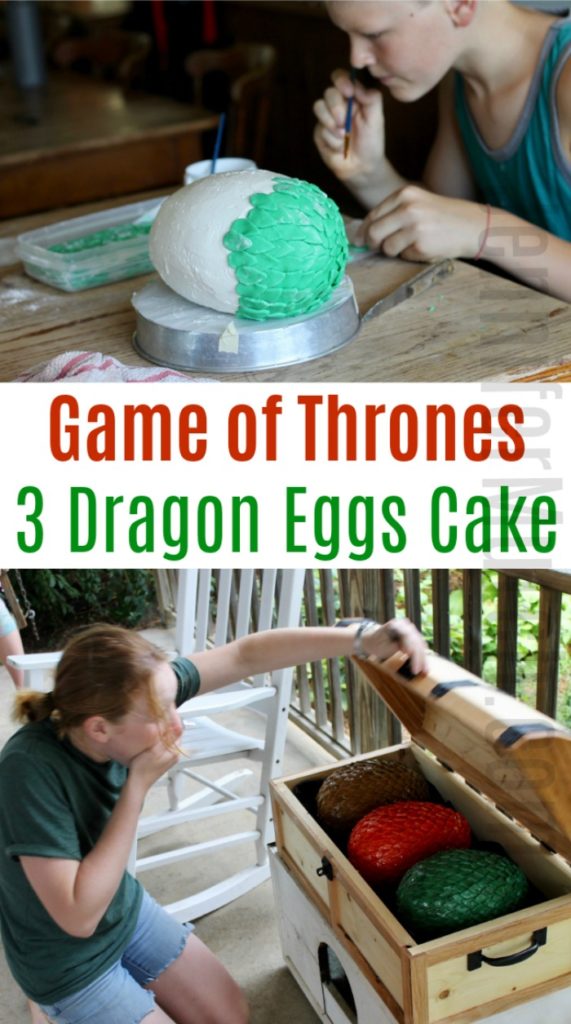 P.S. If you, or someone you know are into Game of Thrones, you are going to want to check out the Game of Thrones 3 Dragon Eggs Cake my friend JJ made for her daughter’s birthday. I don’t even know what the heck the whole Game of Thrones hooplah is about, but I know a good cake when I see one. 😉

And well, the cake {s} she made were pretty over the top and I though you needed to know all about it.