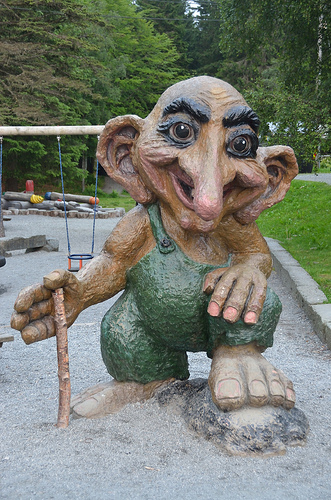 The following comments were made on my site today. There were 10 comments total, all made by the same guy: Dan. Now I don’t know Dan; that’s the beauty of the internet, right? Anyone can puff up their chests sitting behind the security of their computer screens, and with a few key strokes, unleash whatever vitriol they please without any fear of retaliation. Mostly because a) the bloggers whose sites these internet trolls frequent aren’t the type to return the favor. We have much more productive things to do with our time than word vomit insults about someone we do not know, have not met and have absolutely no context in which to judge their character {or anything at all about them}, and b) you don’t feed the beast or they will never go away.

I have pretty thick skin; skin which was further conditioned after this site grew and the hate occasionally rolled in. I normally just delete and move on. But someone once said that what these trolls were looking for is attention. So I began to wonder. If I gave them the attention they were seeking, would they move along? Or would it fuel the hate fire, multiplying the number of absurd and despicable comments. If they were just looking for attention, and I gave them just that only to realize it just made the cycle more vicious, would it then be correct to assume that these trolls are as addicted to said attention as a drug addict is to their substance of choice?

And so my internet troll experiment begins. I will respond to a few of my favorite comments dear Dan left today. Looking over the comments, I’m beginning to wonder if it’s not just a small misunderstanding on Dan’s part. He left the comments on a post about How to Fill a Pastry Bag. It’s possible he completely misread the post, so his resulting comments were taken out of context. Or perhaps I’m misunderstanding his comments and he is really, really passionate about pastry bags. So to clear up any confusion, and to allow dear Dan to move on with his life, I’m going to break each comment down so everyone is on the same page. 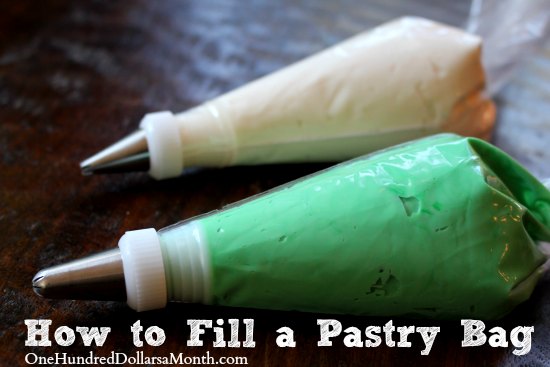 “Wow, I feel really bad for you. It’s not your fault you were dropped on your head though.” ~Dan

I mean, on the one hand, it’s possible I WAS dropped on my head {I’m assuming he means as a child, as I can’t picture someone hoisting up a full-grown woman only to let her flail out of their arms, resulting in a floor vs. head catastrophe}. I have no recollection of my year as an infant, but I’m not sure if that is because I was actually dropped on my head as a child and therefore, lost the memories of the incident, or perhaps because I was, well, an infant. Either way, head dropped or not, I wouldn’t feel bad for me. I mean, I have no scars, no lingering neck pain and seemingly no loss of brain function because of the supposed fall you are so concerned about. Hopefully you didn’t lose sleep over that concern for me.

“I love your stupidity” ~Dan

And I love oxymorons, Dan. How’d you know? Apparently you didn’t read my post on Mormons, Walmart, Monsanto and Shiny New Cupboards.

“You haven’t thought of it because you are not a bright person; hence the reason your on Internet looking for simple solutions. Don’t feel bad though, some people’s brains just don’t work as well as others.” ~Dan

The Internet really is a great place to search for simple solutions. One I found just now explained the difference between your vs. you’re. I mean, I’m not that bright and my brain “just don’t work as well as others,” so don’t take it from me. But if you are going to insult someone’s intelligence, you might want to do it using a sentence not riddled with punctuation errors that call your own intelligence into question.

There is a poem by Shel Silverstein that I truly love. It says:

“She had blue skin,
And so did he.
He kept it hid
And so did she.
They searched for blue
Their whole life through,
Then passed right by-
And never knew.”

I will never apologize for being weird. In fact, I think we should let our “blue” out more often. How else are we to ever find our tribes, our people, if we are always so concerned with other people perceiving us as weird. Be blue, I say. Be brave and blue.

“God I really do feel bad for you” ~Dan

First, don’t bring God into this. He’s not the one who wrote the offensive pastry bag post.  Second, thank you. It’s rough, this life I lead. I mean what with a healthy family, a roof overhead, a full pantry, a stable income, a few stamps in my passport, a solid support system, and the coolest readers anyone could ever ask for, I really do need your pity.

“Because your a deuce bag” ~Dan

Now, Dan, I don’t know you all that well, so I don’t really have the right to assume I know what you meant. But I have my suspicions you meant, “douche bag” and not “deuce bag.” Although, I can’t be certain. Maybe a deuce bag is something cool, like a poker player’s money bag or a high-end handbag for twins. Yep, that’s probably what you meant. Certainly makes more sense than calling a blogger you’ve never met a douche bag after reading a post on proper pastry bag filling techniques, right?