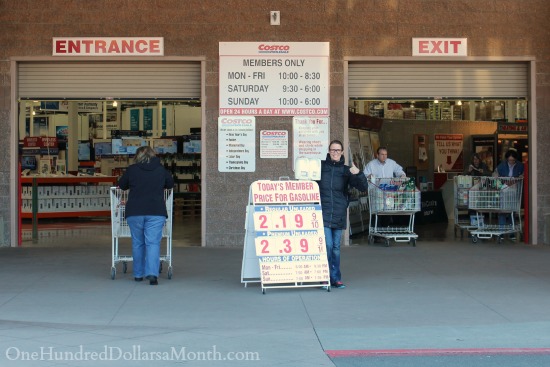 If I had to sum up my theme for 2015 in one word it would be SIMPLIFY. Last year was crazy busy; my head’s still spinning. I like being busy. It’s pretty much all I know, but I’m ready for a little more calm this year. Well, a lot more calm if we’re being honest. I’ll still garden and take on projects or I’d lose my mind, but I’m really looking to tone things down this year.

Instead of a “traditional” gift this year, my parents gave me a $200 gift card to Costco for Christmas {you can see what I purchased with it below}. As I was walking around Costco for half an hour looking for something to spend it on… I realized there wasn’t really anything I wanted to buy with it other than food. After all, I want to simply this year, not waste a $200 gift card on a bunch of kitchen supplies I already have or a cashmere sweater that I’ll probably only wear once or twice in my life.

So  instead of spending the gift card on something I didn’t really need, I filled up my cart with groceries and went home.

Buy all our groceries from one store this year.

As in, I would only step foot into ONE grocery store all year. For all our food purchases. Because HELLO, Costco sells everything, right?

I thought long and hard about that, wondering if I could make it happen. It would take some adjustment, but I just so happen to have a Costco within walking distance of our new house. I could WALK to Costco and get just what I need {exercise AND groceries}. Walking would prevent me from going crazy in Costco and spending $300 without blinking, which is always a temptation there! I could buy in bulk and prepare meals in bulk like I love doing anyway. With a little planning, this just might be the most brilliant decision I’ve ever made. Not only would I be saving time, but I’d be saving money by not running around to a bunch of different stores trying to save a couple of dollars off here and there.

I’m all in and 100% committed. One store, one year. It has me pretty excited, but you probably have some questions. 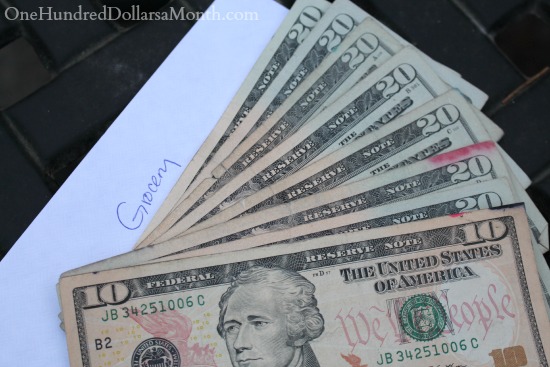 Will I be able to stay within a $100/month budget?

Possibly, but very doubtful. But maybe. Shopping at Costco {and their big portions} can be tricky, but this year, I’m hoping to find out if shopping at Costco can really save you money in the long run.

When the idea of $100/month was born, it was in the height of extreme couponing. I’m no longer an extreme couponer for a number of reasons, but mainly because I decided to try to feed my family a little healthier than the extreme couponing was limiting me too. With that said, I’m still very frugal and resourceful. I still plan on gardening to grow a bunch of our food myself, and I’m still committed to sticking as closely to the $100/month as possible. Of course, since I’ve never solely shopped at Costco before, I’m not exactly sure where my monthly budget will land, but I know I’ll do so much better than in years past {see below for proof!}.  If I had to estimate right now, I’m thinking somewhere around the $150/month range like I did last year. So at the beginning of each month, I’ll stick $150 in an envelope marked “grocery” and we’ll see what happens.

Really only one store?

Yep. Really. Costco will be the only grocery store I’ll step foot in. I will still shop at roadside stands for produce, because HELLO, buying from farmer’s and backyard gardeners is just plain cool. And if I happen to rack up some credit from Zaycon, or Swagbucks {to use on Amazon Grocery} I will shop those places too. But those aside, Costco is it for 365 days. 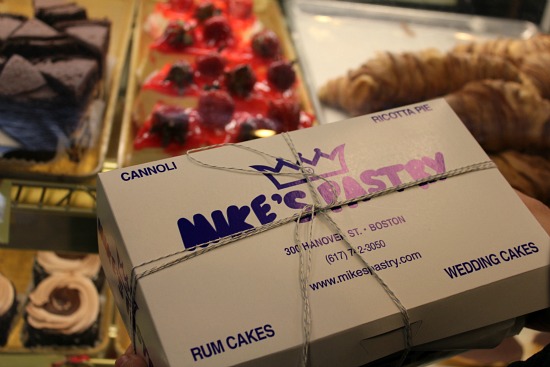 Vacations. Like always. I never count the money spent on food while we travel because it comes out of a separate travel budget.

What do I think I’ll gain from this?

Strong legs {from frequently walking to Costco} and strong arms {from hauling groceries back home}.

Time. And we all know time = money. Think about how much time, money, gas, and standing in line I’ll save this year by just shopping at one store.  I try to reserve time to exercise anyway, so now I’ll use that exercise time and kill two birds with one stone.

Am I really going to walk to Costco and haul my groceries back every time?

As often as I can. Ideally I’d like to be able to walk to Costco every time I do my shopping, but let’s be realistic. I am not the post office. If there is rain, sleet or snow and we need food, I’m taking the car. I might find a few other fun sources of transportation from time to time. Stay tuned for that. 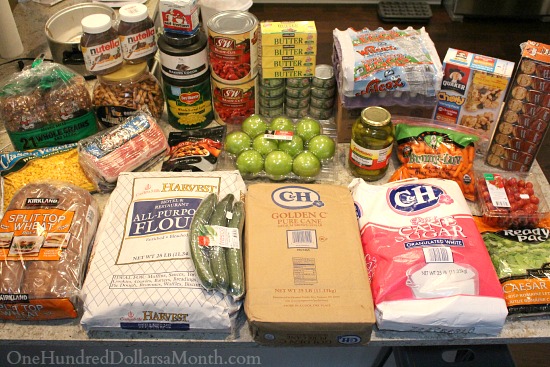 Does Costco have everything I need?

Only time will tell! But I really think I can make do!

I know this idea is out there and might sounds nuts, but I’ve got some crazy cool stuff planned for this year that I’ll be sharing in the next few weeks. I think this is one epic journey you’re going to want to follow.