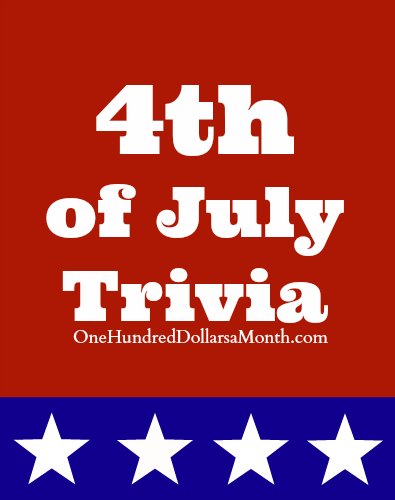 Around this time of year, it’s always fun to see just how much everyone knows about one of the most important days in our country’s history.  Here’s a few facts and/or trivia questions to test their knowledge–if you are brave enough, take the questions to the streets Jay Leno style: