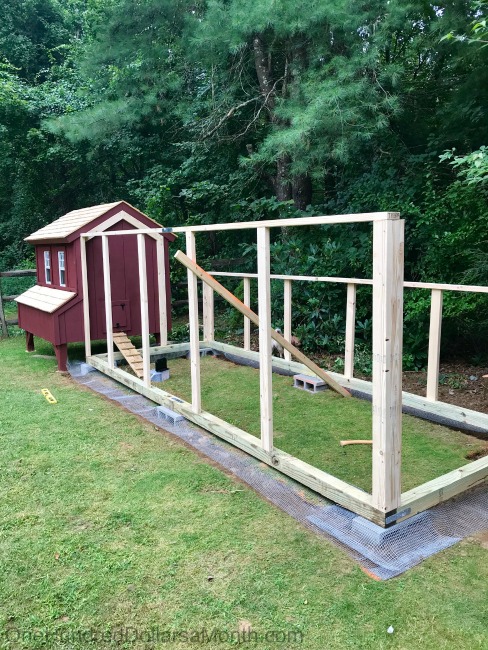 The HH is making progress on the chicken run! Since we didn’t have a blueprint for a run he is totally winging it based off a few pictures I showed him. The run will be 16 feet long and 12 feet of the run will have a matching cedar shake roof. We are hoping that 12 feet of covered outdoor space will be enough room for the hens to venture outside when snow on the ground surrounding the coop.

The plan is to use wire over the top of the last 8 feet of the run and then grow some sort of vine over the top during the summer months. Cucumbers maybe? 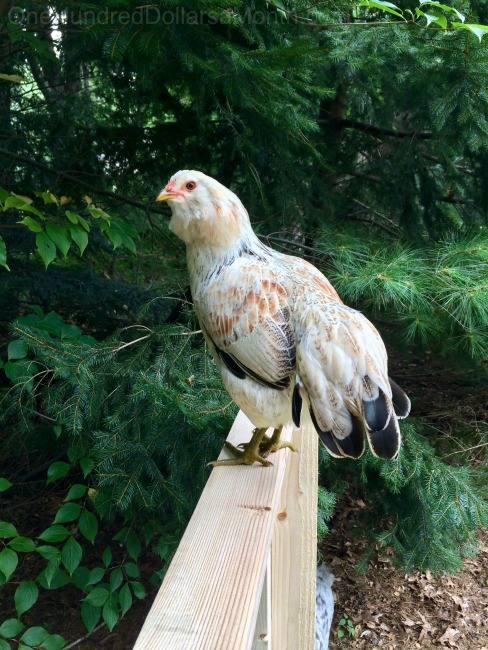 I bet the chickens would love pecking at those. 😉 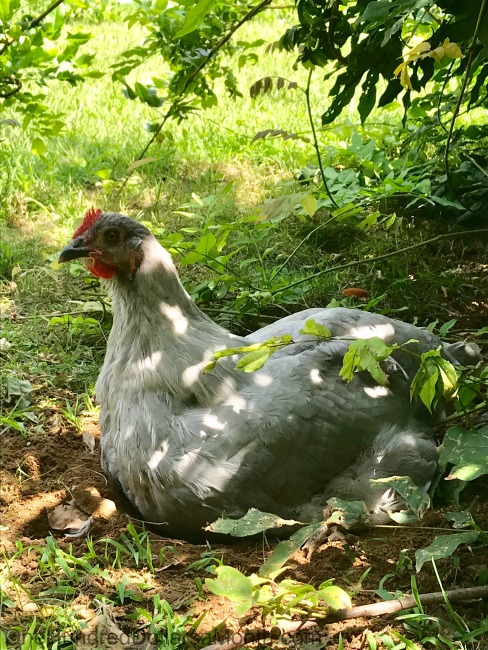 These days the chickens mostly scamper off to the woods each morning to peck for bugs {and clear the underbrush!} and take dust baths in the shade. This is Lily, our Lavender Orpington. I’ll do a proper meet and greet with the hens just as soon as the run is finished and I can snap a good picture of each of them. It’s kind of hard right now because it seems like as soon as I get close enough to take a picture, they get camera shy and run off. 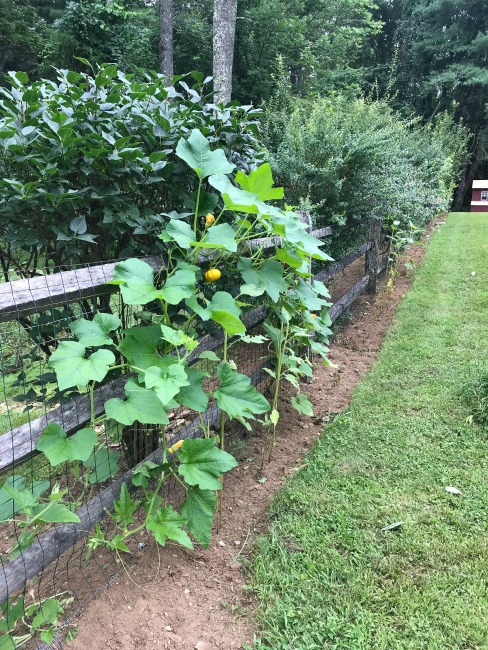 I was able to get the front fence weeded…. Wahoooo! Having cooler weather {in the mid 70’s} has helped tremendously with my gardening efforts and attitude. 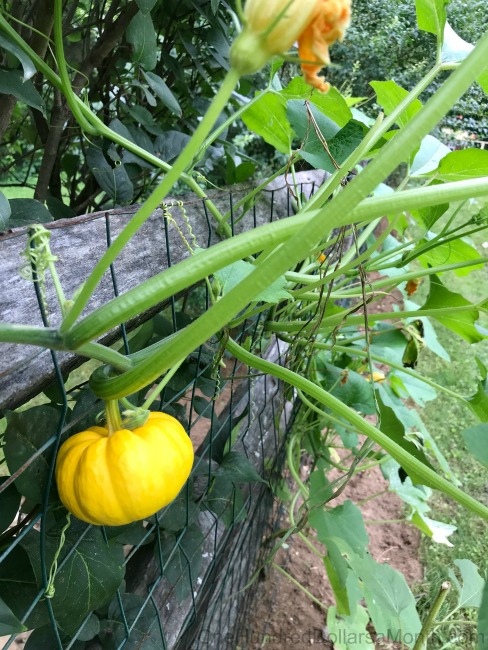 I think the miniature pumpkins are just the right fit for growing along the fence and I plan to grow them again next summer as well. Maybe I’ll even try another squash with long vines.

Although I do like all of the assortment of shrubs that are growing along the front of the fence, I’m not to keen on their placement and I’d really like to move them to somewhere else on the property. I’m just not sure if it would be better to move them in the fall, or the spring.

The shrubs do give the backyard a bit of privacy from the road, but I’d rather put that wire fencing to good use and grow something on it. 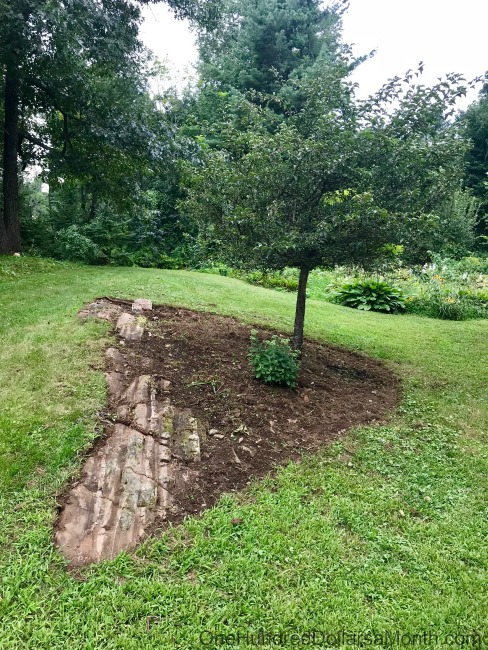 This past week while weeding I exposed some rock under one of our ornamental cherry trees. If you look closely, you can see an large garden bed in the back right of the photo. I saved that patch for Mrs. HB and to clean up when she gets here. 😉 Because seriously, after spending a week downtown in a big city at a work conference wouldn’t you want to spend your down time relaxing in the garden with your friend pulling her weeds? Yes, I think you would.  😉

This fall though, I’ll be marking where are the flowers are and then next spring I’ll be laying cardboard over every square inch of the garden beds {that don’t have flowers planted} and then loading it up with mulch so I don’t have to worry about weeding an acre of garden beds. Planning. The key is in the planning. 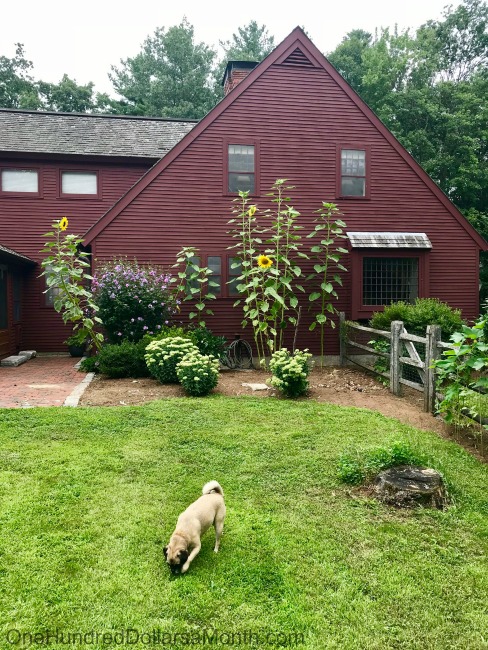 Another bed we are working on cleaning up is the one under the kitchen window. That particular bed had a mature dwarf weeping golden Norway spruce in the corner along the fence. The are area around it was a magnet for ticks and every time Lucy went near it I swear they would jump on her.

It was a really nice tree, if you are into those sorts of trees and I had to convince the HH to remove it so we could open up the space and {eventually next spring} plant a herb garden under the window instead. Making a garden YOURS… can be hard sometimes, especially when you know the previous owners put so much time and hard work into the yard before you came along and bought it. 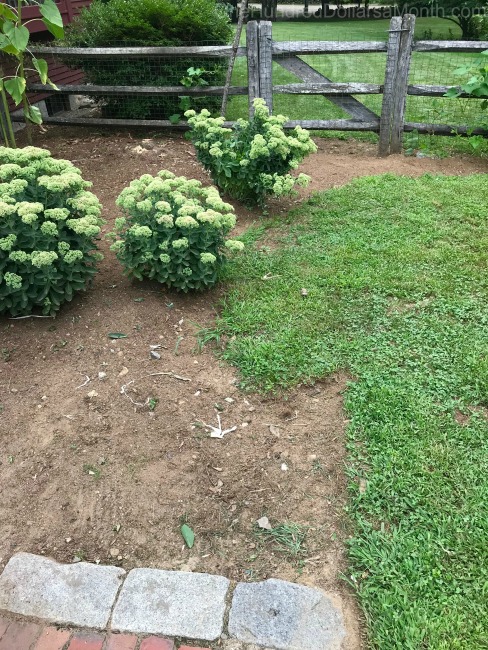 My vision for that space though, is to remove a bit of grass to line up the end of the bed with the back patio, remove EVERYTHING but the flowering purple hibiscus shrub and next spring plant a strip or two of mammoth sunflowers and fill the rest of the space with herbs.

The nasty orange day lilies? I already dug those out. The sedum? I’ll relocate it later this fall once it’s done blooming. The 2 azalea bushes? The HH is making me move them to the side of the house {next to the giant azalea bush by the big dining room window}.

We have a neighborhood potluck coming up {that we are both looking forward to attending} and I think it will be a great opportunity to see if anyone wants any of the plants we plan to get rid of. I have ZERO interest in dealing with the hassle of offering our unwanted plants to people we don’t know on Craig’s list or Free-cycle {because I’m weird that way}. So hopefully, a I’ll meet a neighbor or two who wants them. 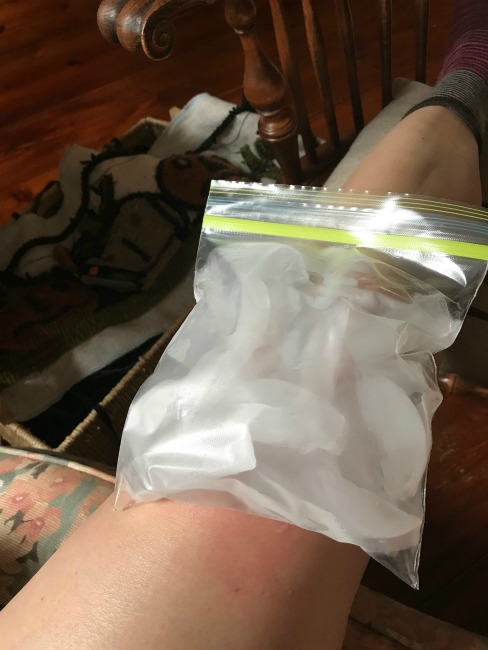 In other news… I got stung  by a bee yesterday. It was not fun and my leg still hurts and is super swollen. 🙁 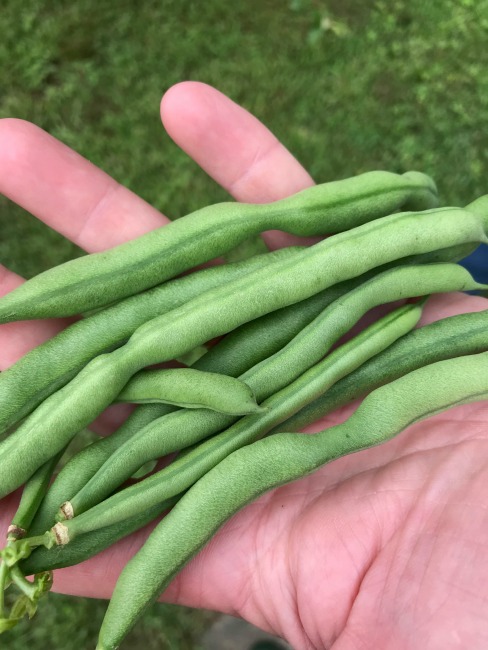 The garden, it’s still kickin. I was planning on getting a round of fall peas planted at the base of the tepees but the green beans just won’t stop! I think I am going to switch to bush beans next year though so I won’t have to wait. 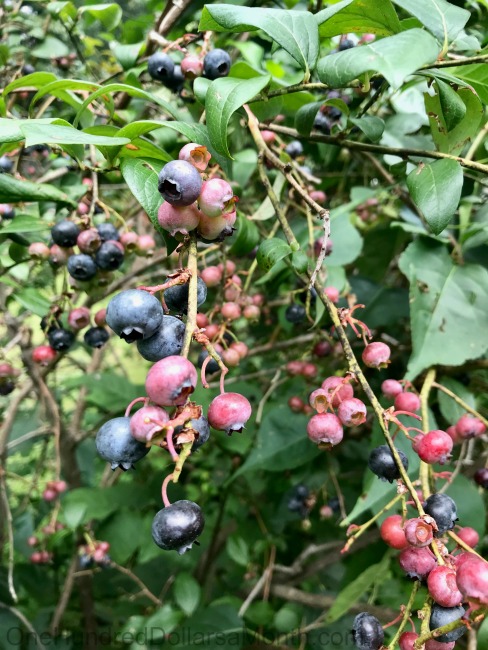 And last but not least…. the blueberries are on their last round. Summer. It’s going by fast this year.

The backyard vegetable garden tally of 2018: 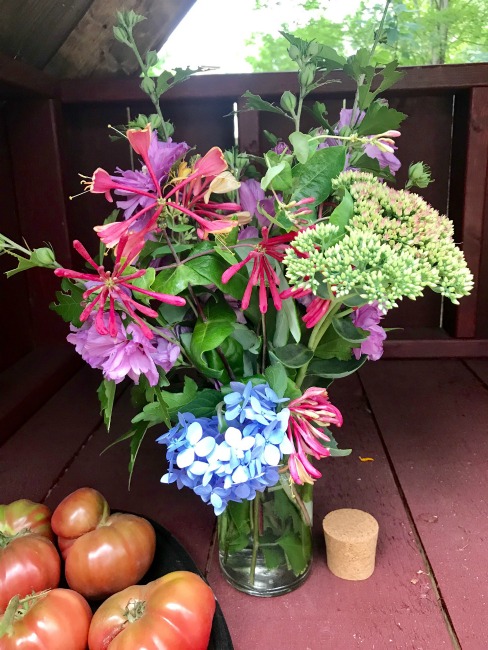 Are you growing a vegetable garden this year? If so, what are harvesting these days?  Curious minds want to know!

Have a great day everyone!

If you are new to gardening or just want to learn more about organic gardening, my #1 favorite garden book is The Gardener’s A-Z Guide to Growing Organic Food