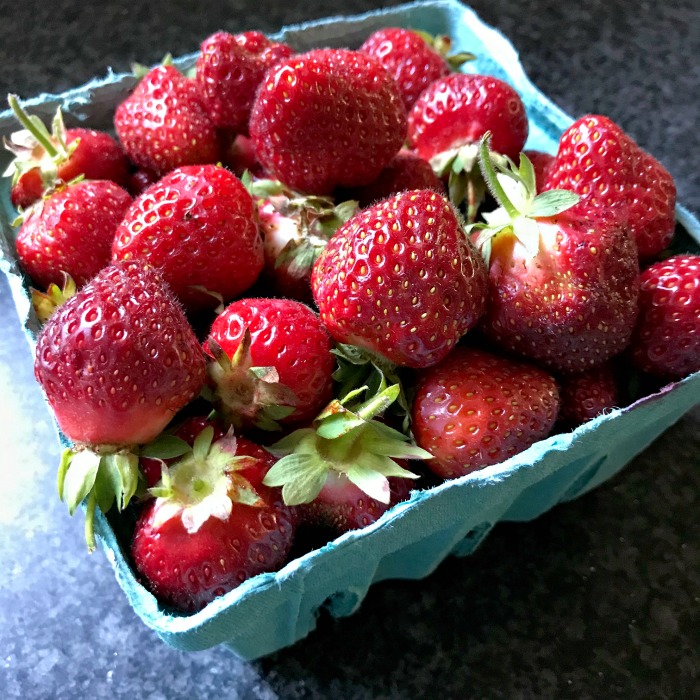 The other day when I mentioned we stopped at a local farmstand and paid $7.99 for a quart of strawberries, Emily from Facebook left the comment “Spent over an hour at berry patch yesterday. $60 and 22 lbs later…. I am in heaven.”.

And that got me to thinking… When strawberries are offered in the grocery store, we are used to seeing them sold by the pound in their uniform sized clam shell containers. I can remember getting strawberries for as low as $.99 for a 1 pound container years ago and being shocked at such a low price considering the berries were trucked in from out of state.

These days though, $2.99 for a 1 pound container of out of state strawberries offered year round is more the norm, at least where I live. Emily from Facebook had just paid roughly $2.72 a pound for local berries she picked herself. 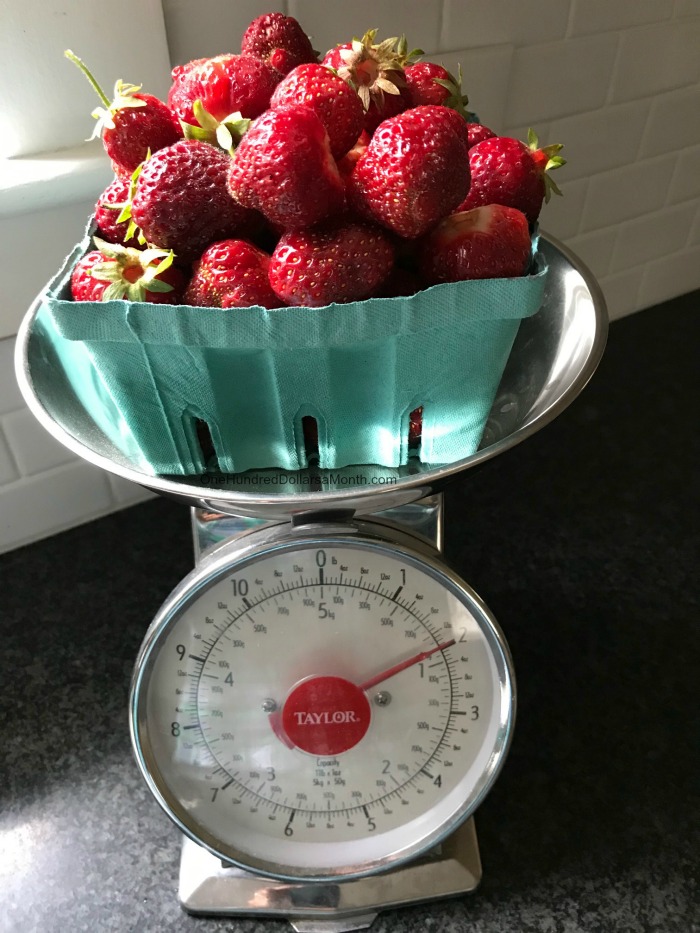 So I bought another quart. 🙂 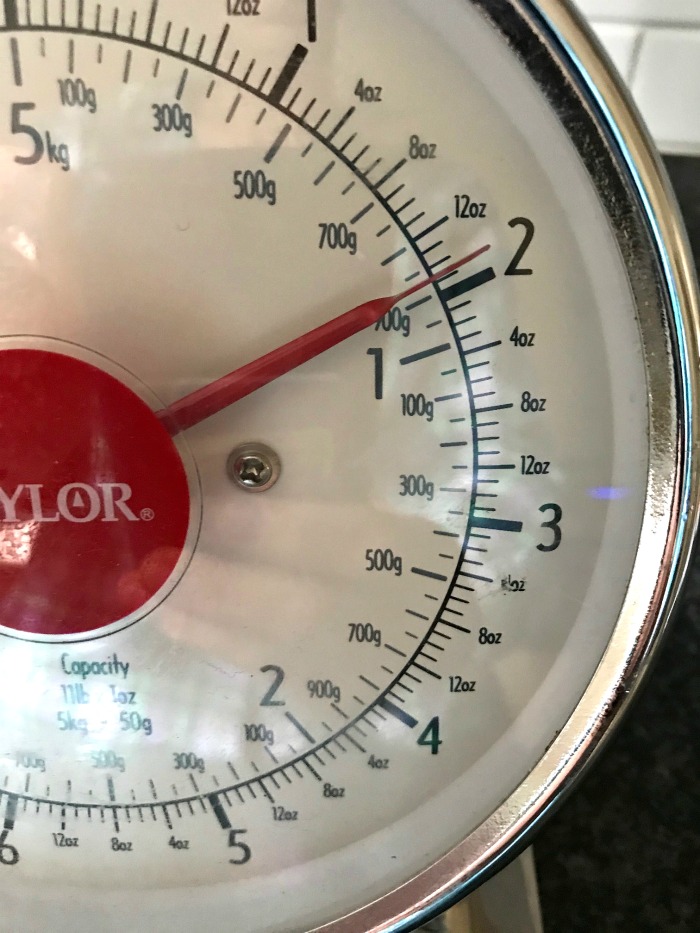 And as it turns out, my local farmstand packs about 1 pound 15 ounces of strawberries into their quarts. Which comes to about $4 a pound. Would I pay $4 a pound for flavorless strawberries that were not picked at their peak, and then trucked in from who knows where and then resold to the grocery store? Ummm no.

Would I pay $4 a pound for juicy, flavorful strawberries grown a few miles from my house? Absolutely! Real locally grown fruit, in season, it’s worth the price if you ask me.

So until I can get my own patch up and growing, I’ll be heading back to the farmstand.

P.S. How much are locally grown strawberries going for in your neck of the woods these days? Curious minds want to know.