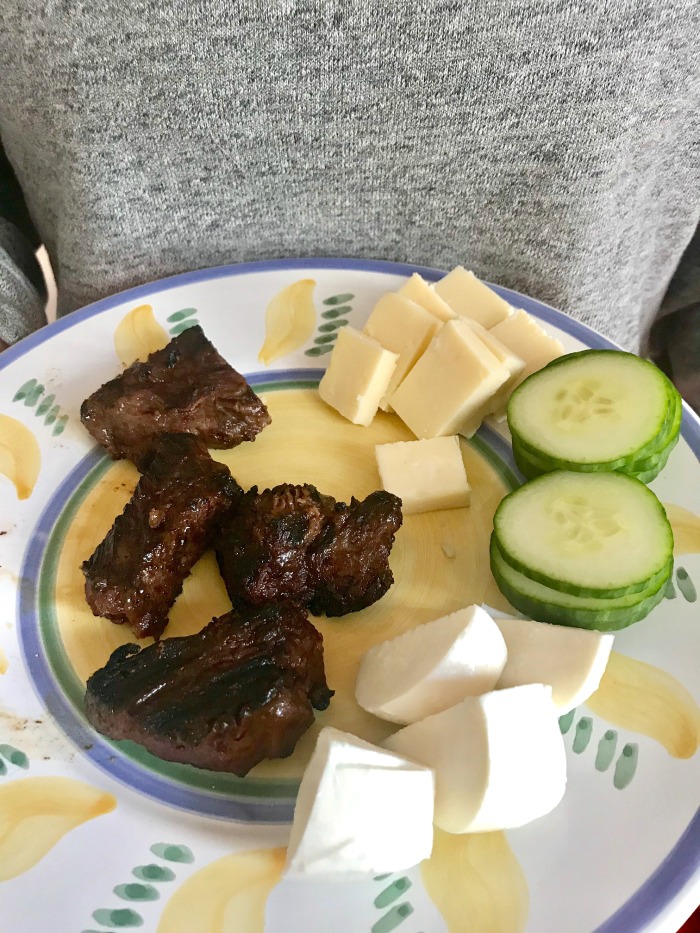 The goal for this week was to not spend a dime on food, but to instead eat food we already had in the fridge {HELLO BBQ LEFTOVERS from last week} the freezer and pantry. But a funny thing happens when it’s summer, and it’s too hot to cook and all you eat is pickety bits…. You tend to forget to take pictures. So…. I totally failed there.

Luckily though, yesterday was the big neighborhood progressive dinner. 😉 And I did remember to snap a few photos so my show and tell food post for this wasn’t a total loss.

The first stop {appetizer course} was at my neighbor Susan’s house {the same place it was last year} and I don’t know this for a fact, but I’m pretty sure Susan was born with a gene to entertain. Just like last year, everything was spot on. Even down to the outdoor fans and food stations sprinkled along the back patio to keep guests moving around and mingling through the crowd {which we guessed was about 30+ neighbors}.

I planted myself next to one of the fans and a very large bowl of guacamole and didn’t budge until it was time to move on to the next house. 😉 I still don’t think I’ve acclimated to the Northeast, but it’s getting a little better. 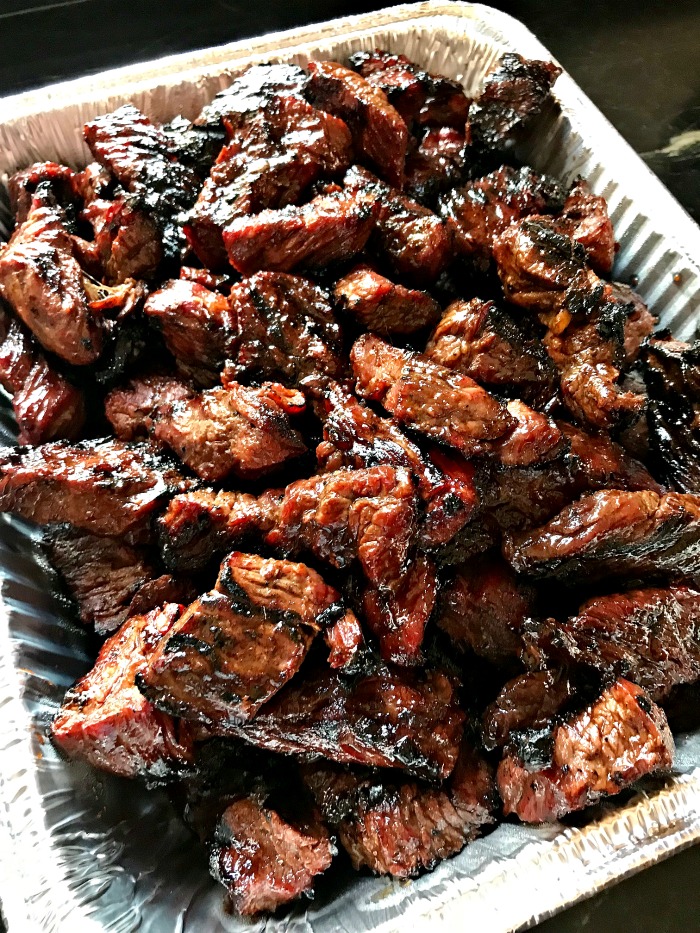 The next course {main dish} was held at another neighbors house and we were responsible for bringing something to share for that portion of the progressive dinner. {The way the progressive dinners works is that the house numbers were split up into 3 sections and the first 1/3 brought an appetizer, the second brought a main dish or side and the last third brought something for the dessert portion}.

The HH of course brought grilled steak tips. Shocking, I know. Also, he wanted me to tell you that Mr. Yoshida’s marinade is excellent for grilling. {All he does is cut the meat up, let is marinate for 30 -45 minutes and then pop it on the grill}. Anyway, I was just happy everyone liked the steak tips. 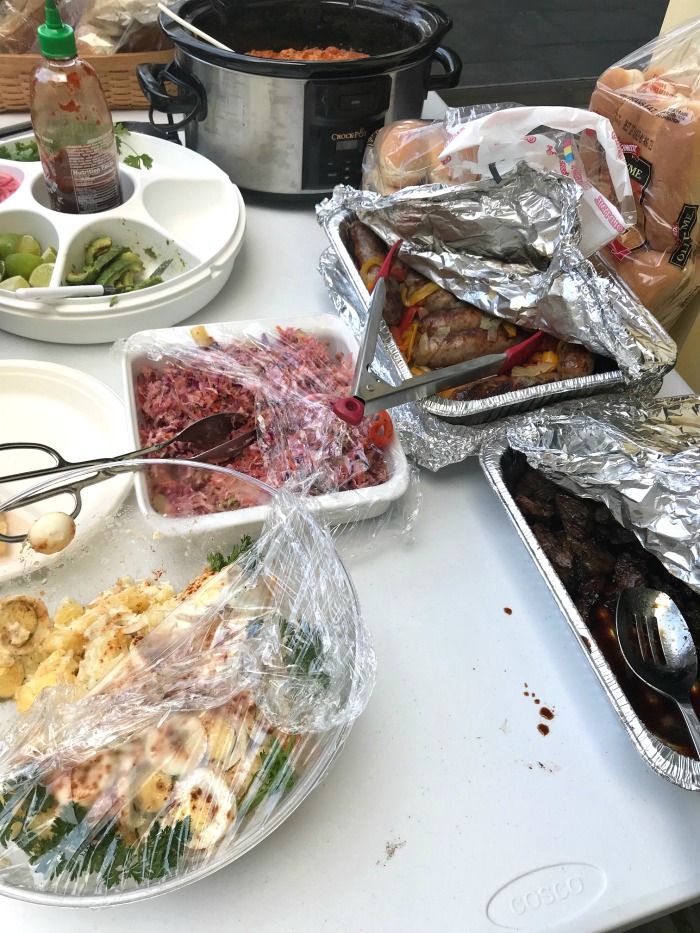 Back at the appetizer course I asked my neighbor Carole if she made her famous grape salad and she smiled and said no, that she had made one, but brought it to an earlier function. I think the potato salad might have been hers {everyone was raving about it so OF COURSE she must have made it} but I didn’t get a chance to try it. 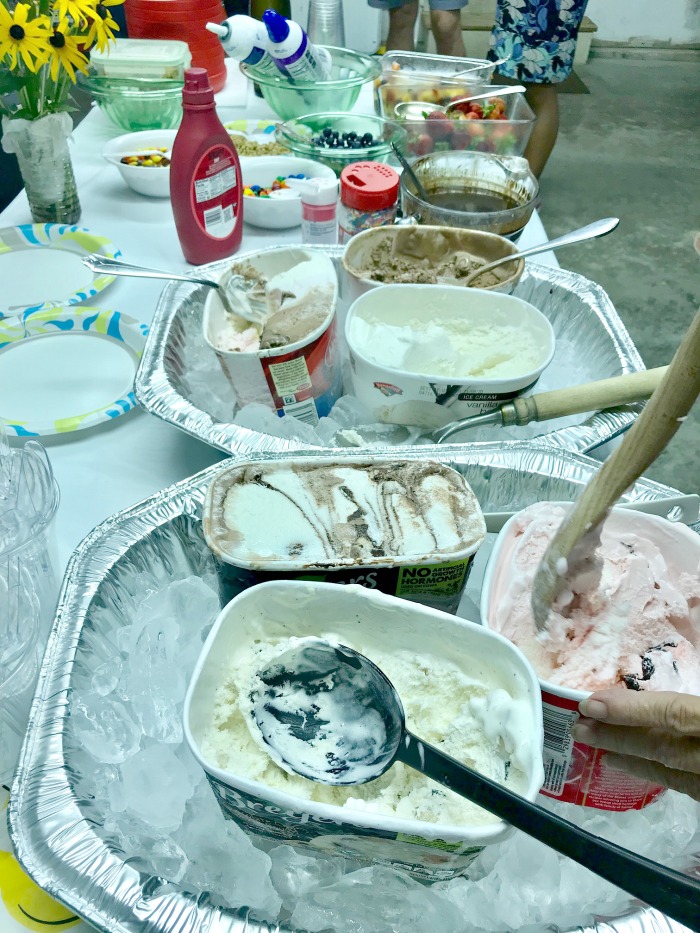 The last stop, was a Sundae bar where everyone filled up on ice cream and toppings before heading home. That too, was lovely. I know I’ve said this before, but we really did hit the neighbor jackpot when we moved here and getting to know everyone on our street through these informal gatherings has been so nice. I love the age range from babies to grandparents, and it really feels like an extended family of sorts.

It’s exactly the way a neighborhood should feel. 🙂 🙂 🙂

Total Spent on Groceries This Week $62.87 {BBQ stuff of course}