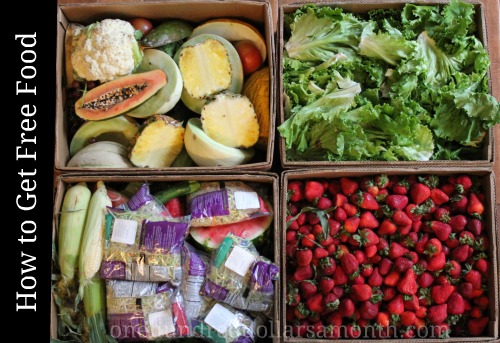 Each week, The Girl Who Thinks She’s a Bird and I head to our local market to collect boxes of discarded produce.  All of the produce you see above was sitting on the grocers shelf less than an hour or two before we came to pick it up.  The produce we bring home has either been deemed damaged, past it’s due date or was bruised.

About four months ago, I walked into our local market and asked if they gave away their produce “scraps”.  I told them we had a coop full of chickens, and that I was willing to come every week at a designated time to pick up whatever they had from that mornings shelf pull.  At first they were a little hesitant saying they had had people ask before, but that the people would pick up the produce for a week or two and then they would stop coming. Leaving the produce department with boxes of rotting produce.

So they stopped giving it away. 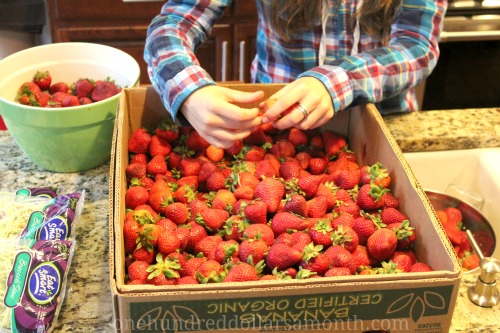 Obviously I convinced them otherwise.

Each week the produce we bring home varies, sometimes we will get a ton of greens, other times we will score a bunch of tropical fruit, but most weeks there is a nice assorment.

The Girl and I simply sort through the boxes, and divide it up.  Chickens, People, Compost. 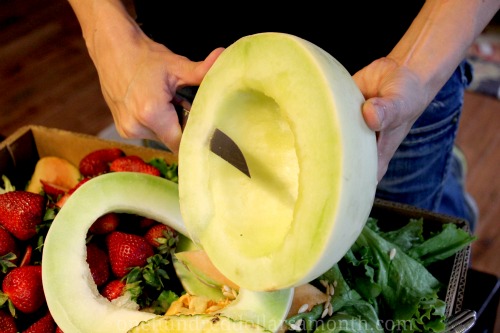 The cool thing about getting 4-5 boxes of free fruit and veggies each week, {that would have otherwise been thrown away} is that we get to feast on items like pineapples, melons and corn.  Which are all things we normally can’t or don’t have the space {corn} to grow. 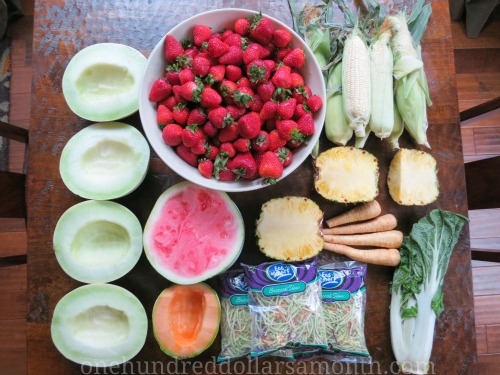 After sorting through all 4 boxes, this is the produce we decided to keep for ourselves.  Not bad.  Not bad at all.  I’m not sure what the retail vaule on the loot was, but I’ll take free scraps any day of the week.

Have YOU tried this?

Too embarrassed to ask?

Well, I learned a long, long time ago, that the worst thing anyone can ever do is tell you no.  So why not?  Go ahead.  Be brave, and get yourself some free produce.

To see what else I’ve brought home over the past few months? Check out the stories below. 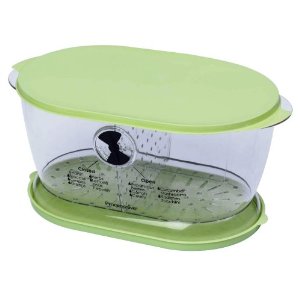