The weather here has been really warm lately. How warm? Like in the mid 80’s and one day it even got up to 93 degrees outside. So, Lucy and I haven’t been out in the garden much the past 5 days and have instead been spending most of our time indoors. 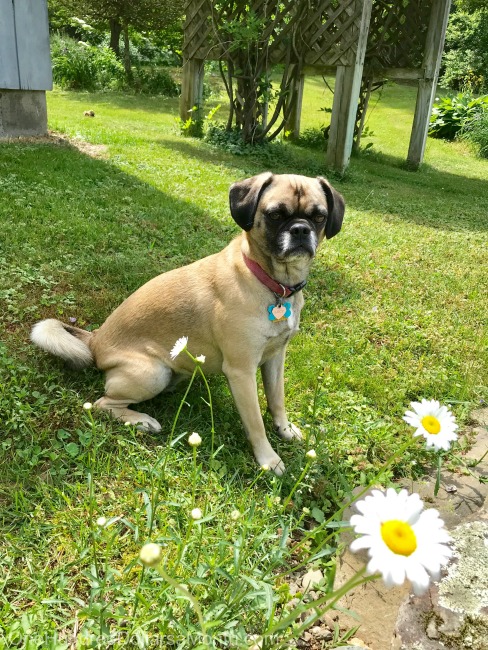 It all started around noon on Saturday Lucy when I couldn’t find Lucy. I knew she was inside the house, so I checked all of her usual spots but didn’t see her. She didn’t respond when I called out her named either, but eventually I found her in the downstairs bathroom hiding behind the toilet. Which, was very strange.

And then later that day I noticed she was laying under the little side table in the family room. Again, weird. But nothing else was out of whack. She was eating, maybe sleeping more than usual, but I attributed that to needing to rest because we were outdoors for most of the day on Friday.

Then later that evening it seemed like her back-end was trembling a little bit off and on. But after a little while that stopped and she seemed fine. Other than Lucy getting into a box of truffles when she was about 6 months old and having to have her stomach pumped, we’ve never had any real problems with Lucy. Learning about ticks the hard way, that was gross, but again, she’s never had any medical issues.

And honestly, she has hidden under things {or in a corner} several times over the past few years and we’d just keep an eye on her to make sure she was fine. Okay, so that was Saturday. 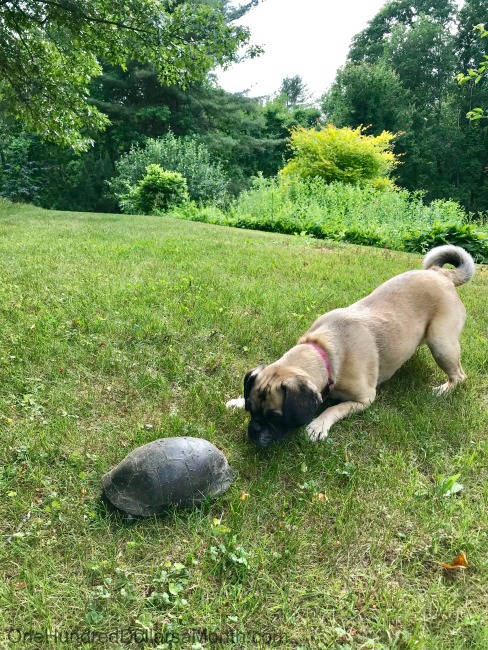 Sunday rolls around and she was fine. In the afternoon she played in the backyard, greeted a visitor and ate all her food. She was her regular curious self. Again, there was a little bit of trembling off and on, but other than that she seemed fine. We searched Dr. Google as to what the cause of the trembling could be, and came to the conclusion that because she didn’t have any of the other systems listed with a major problem, she probably just caught or ate something in the backyard {the same backyard she’s been playing in for 3 months now} that she shouldn’t have and things would work themselves out.

Monday morning she was fine. She ate her breakfast, checked on the chickens and made her usual rounds in the yard. And then around 2 pm I was in the basement when I thought I heard Lucy getting into something. Turns out she didn’t get into anything… but she did catch a mouse. Which I found on the floor beside her. Good times. After the mouse incident I remember her drinking a lot of water. Monday night she ate about 75% of her dinner and then drank a bunch more water. I’d probably drink a bunch of water too if I had had a mouse in my mouth. GAG.

Later that night around 8 pm there was a HUGE, and I mean HUGE thunder/wind/rain lighting storm. It totally freaked Lucy out and I noticed the trembling started back up again. So we just ended up going to bed soon afterwards. We had an appointment for the vet on Wednesday morning already scheduled so I figured I’d talk to the vet about all these seemingly tiny things that were going on then.

Tuesday morning Lucy ate her breakfast and lounged around, but was otherwise fine. When dinner time came around she only ate about half of her meal.

And then shortly after midnight I woke up and noticed Lucy was really shaking, and when I went to stroke her back, she let out a few moans, and well then, there was no mistaking it…. there was something very wrong. So into the car we went and about a half an hour later we were sitting in the emergency room at the veterinary hospital. 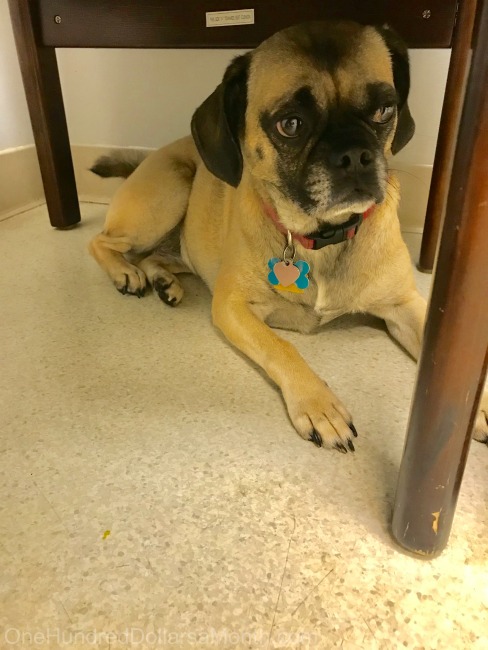 Lucy was absolutely miserable, and tried hiding under the chair. When we first got there and I describe everything to the nurse that had happened over the past few days and about Lucy being bit by a tick when we first moved here. The nurse observed Lucy walk, and then said “I bet it’s Lyme disease.” 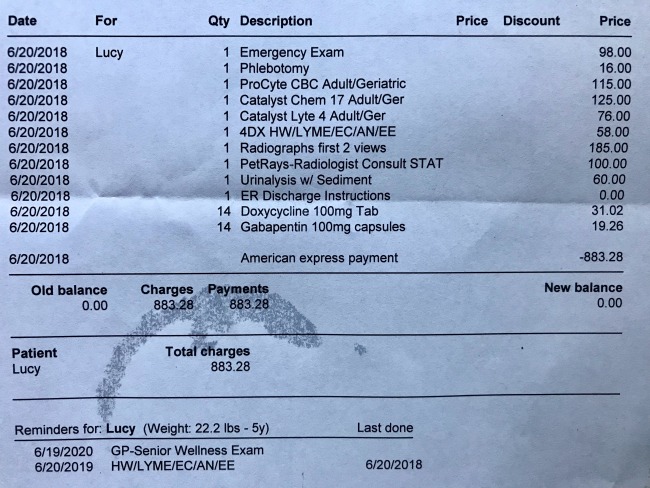 3 hours and $883 in tests and medications later…. The Doctor could not pin point exactly what was wrong with Lucy but based on the x-rays, blood and urine tests, Lucy did test positive for Anaplasmosis and that she could have Addison’s disease based on her chem panel but she couldn’t say for sure.

“Lucy’s blood work revealed increased potassium and low-normal sodium values which are classic laboratory abnormalities that are commonly seen with Addison’s disease. In addition Lucy’s red blood cells and blood concentration were elevated, as well as her phosphorus and calcium. All of these blood value changes can be associated with Addison’s, however due to the presence of a positive Anaplasmosis test I cannot rule out tick borne disease as a cause for the clinical and laboratory changes.” 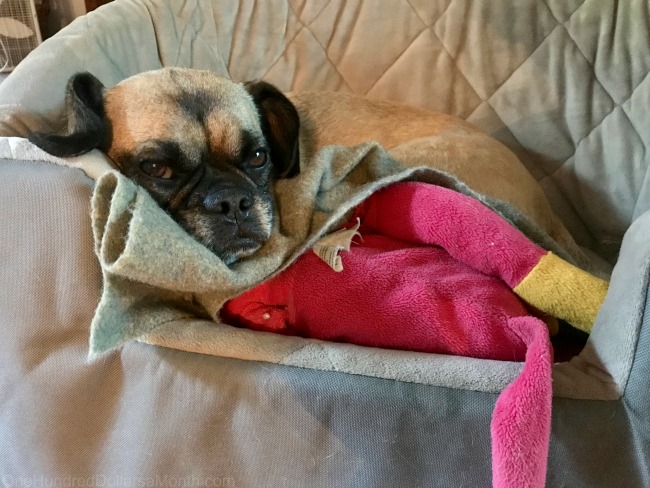 She gave us painkillers and meds to treat the Anaplasmosis and said that if we saw any sudden changes or don’t see any improvement in Lucy within the next 48 hours, that we should bring her back in and they will run the {$500-700!} test for Addison’s disease.

I wanted to update this post to say that Lucy continues to drink plenty of water. She has not had any interest in eating since she last ate on Tuesday evening around 6 pm {she ate about half of her dinner at that time}. I’ve set out chicken, rice, oyster crackers, her regular dog food, a vanilla wafer…. All things she loves to eat but she doesn’t show any interest.  If you have any ideas, I’d love it if you would leave a comment.