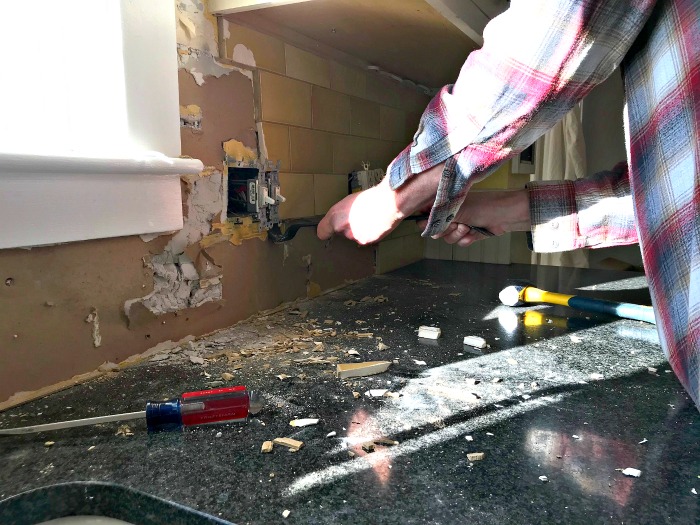 Well, I don’t think we’ll be hosting a Super Bowl party this Sunday. 😉 The kitchen is a total mess and cooking has been a bit of a challenge but we are hacking away at our home improvement projects, a little bit each day. 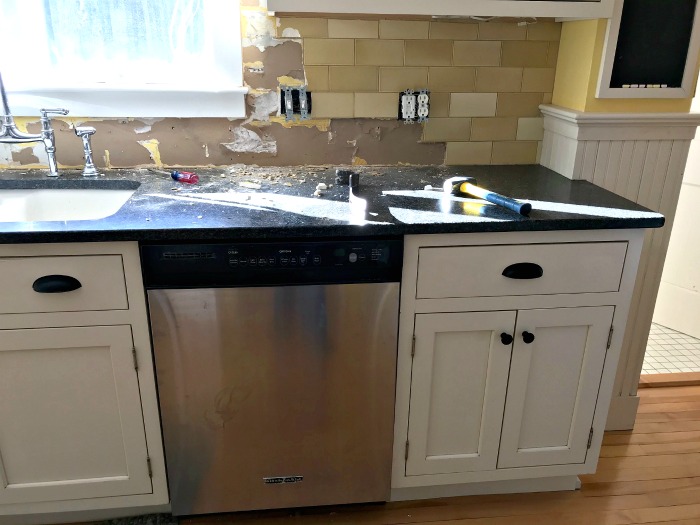 The new knobs and pulls are in, and the matching hinges have been ordered. Yesterday the HH finished removing all the old backsplash, and hopefully by this time next week there will be some new tile up. 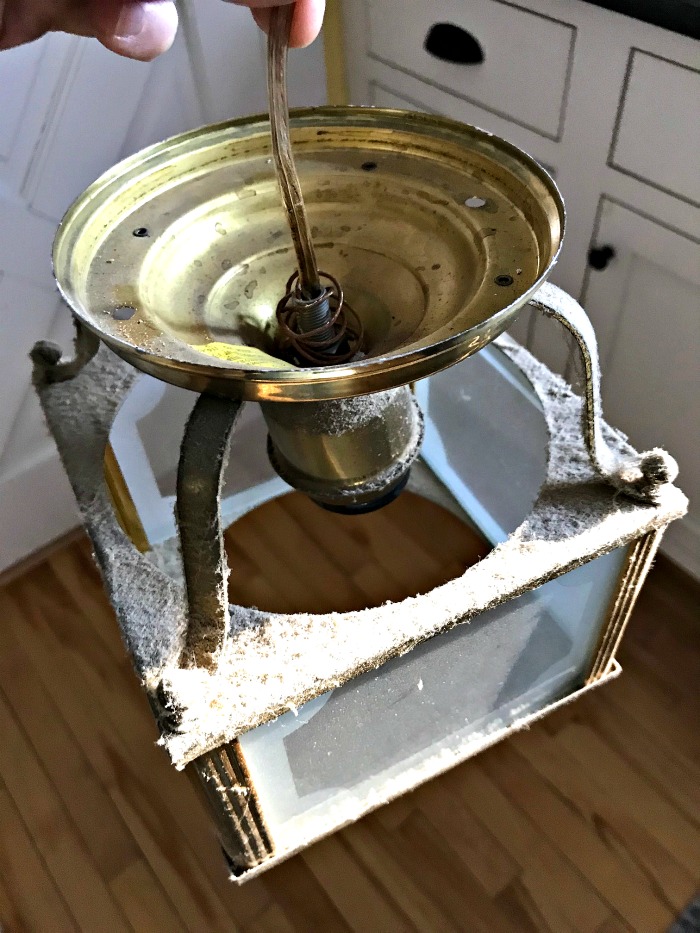 He also removed this sweet brass fixture from the hallway. I don’t think the poor thing had been dusted in a VERY long time. 🙂 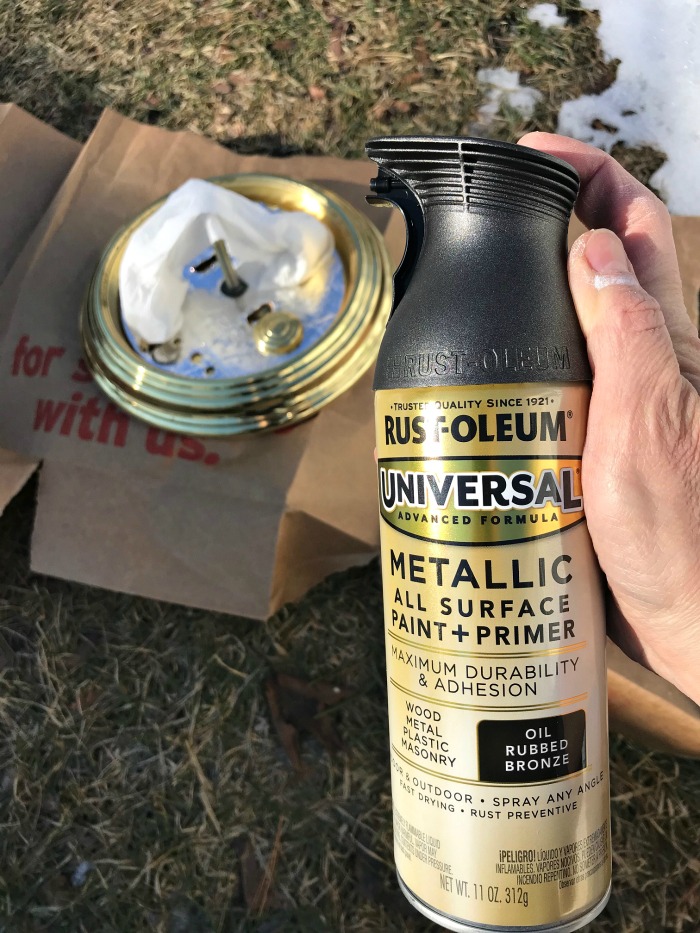 We tried finding a new fixture at the Home Depot but couldn’t find one we liked that would fit flush on the ceiling, so I bought a can of Rust-Oleum and sprayed the old fixture we took down in our bedroom and had the HH install it in the hallway and called it good. 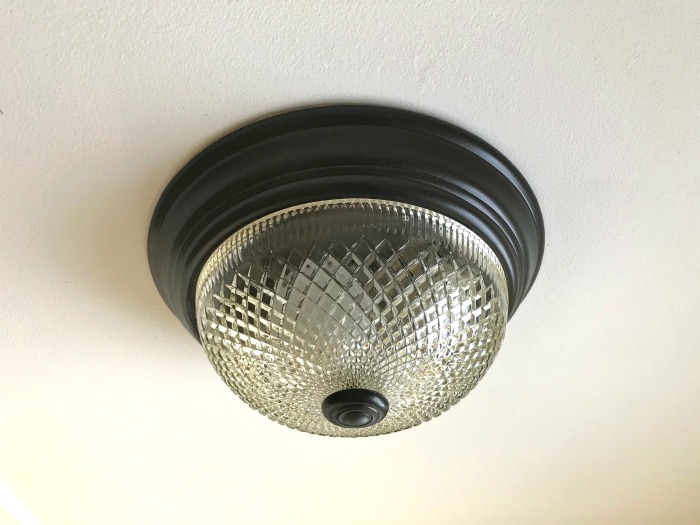 It’s not something I’d pick out in a store, but it’s better than the old 70’s brass lantern that was there, and hey, the color matches the rest of the new fixtures downstairs so I consider it a win. 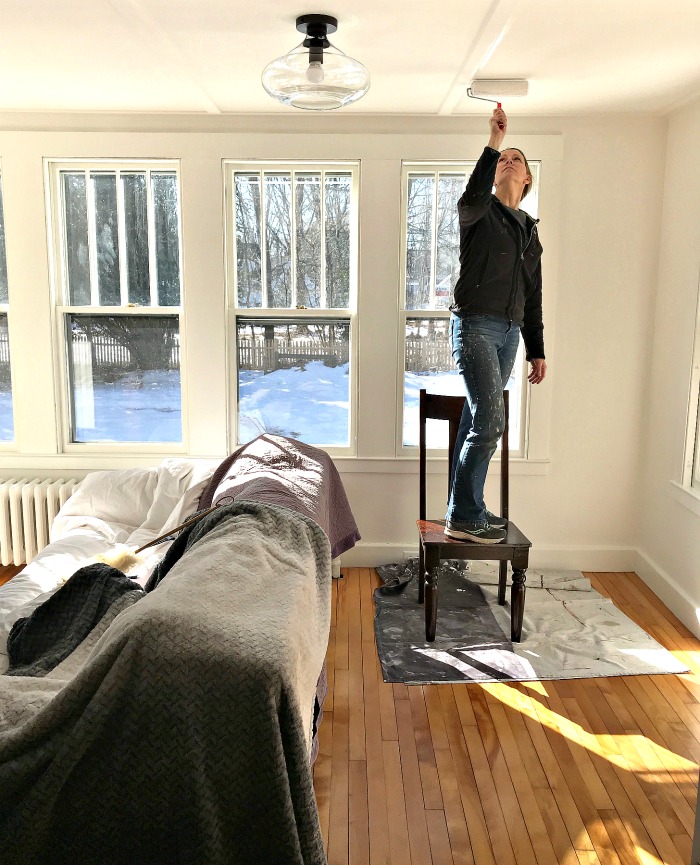 As the HH was installing the new fixture in the {previously green} room, we discovered the ceiling in that particular room had only been painted twice before. I don’t know why, but I found it amusing. 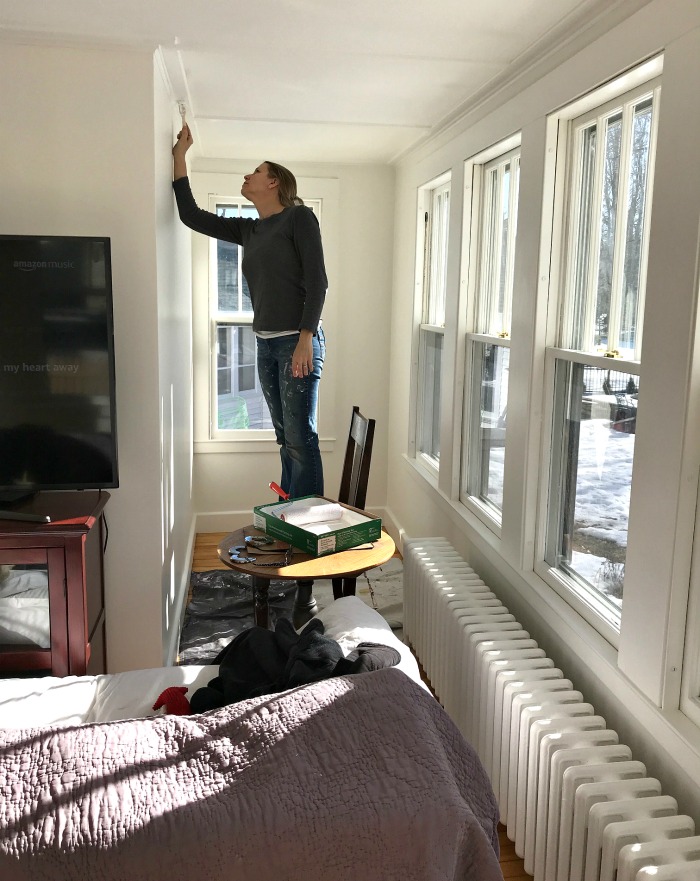 Also, I am convinced that the room was previously a formal dining room and that at some point, one of the owners added a downstairs bathroom to the house {just behind where I’m painting} because as the room is today, it’s a little on the awkward side. 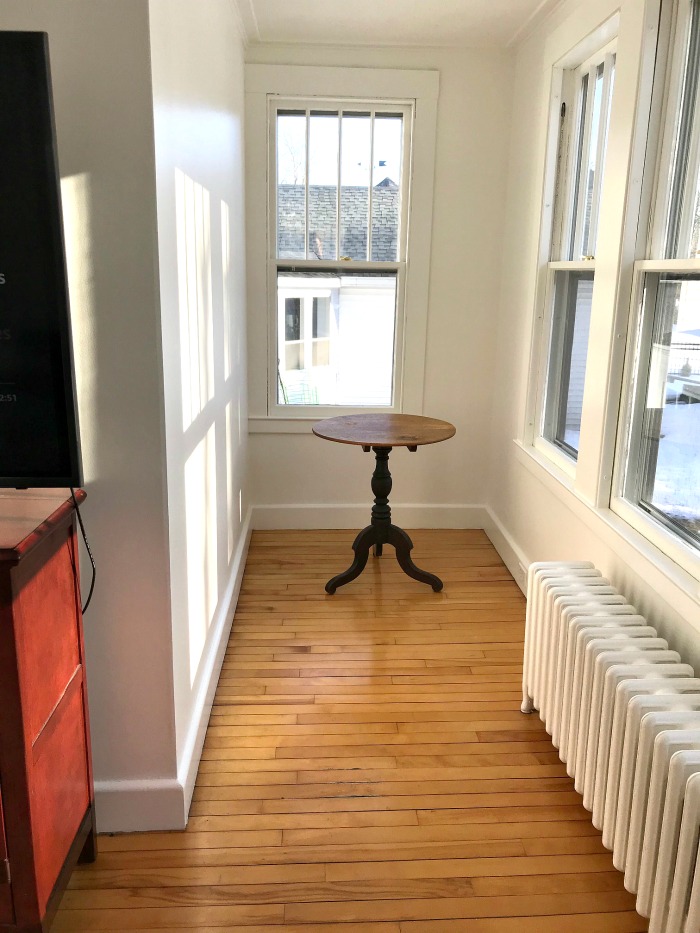 If the room were original, the window would have been centered on the wall, don’t you think? The space between the window and the radiator is 4×5 and I have no idea what to do with it. I’ve thought about adding a wooden shelf or two to the wall and adding some house plants… but I’m not sure. The space is too small for a table, but maybe a bench? I just don’t know. 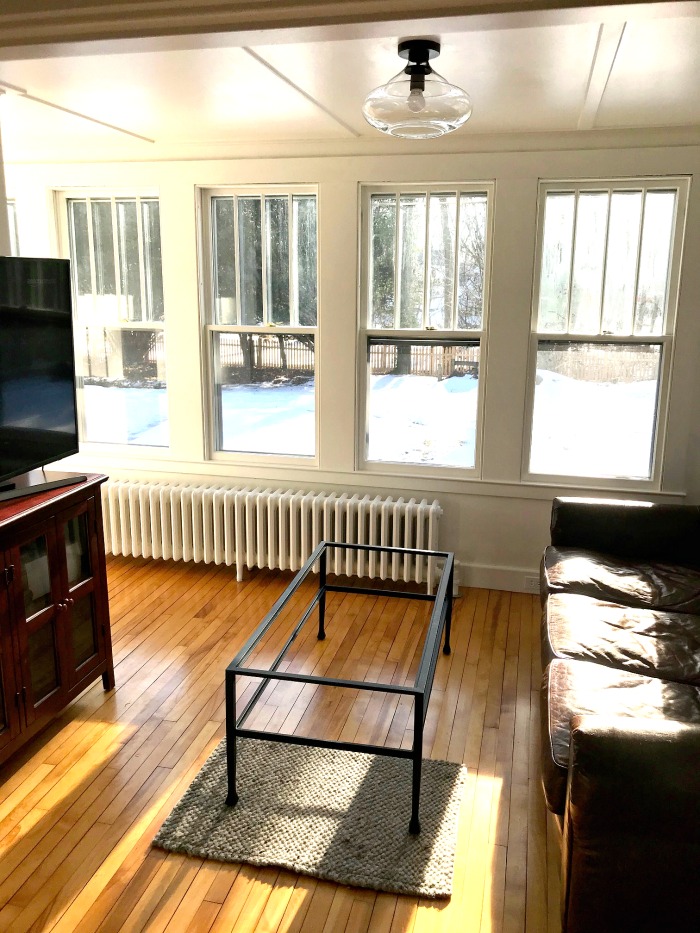 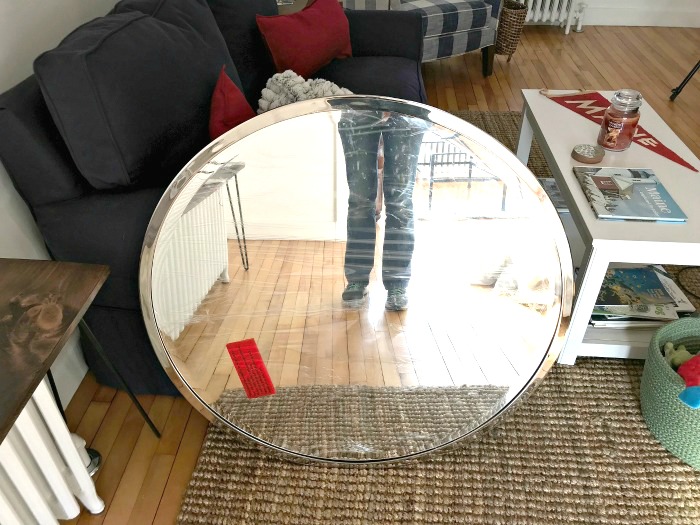 It’s a nice mirror, but not something I would have ordered.  And after 3 calls to Pottery Barn to talk to someone to send me the replacement glass {and getting transferred and hung up on twice} they told me to just keep the mirror, and that the glass for the coffee table was on it’s way.

The weekend, it’s here! What are YOUR plans? A big Super Bowl Party? Staying in your PJ’s? Making curtains? 5 trips to the Home Depot? Helping me figure out what to put in that awkward 4 x 5 space? Do tell. We want to know.

Make it a good one,