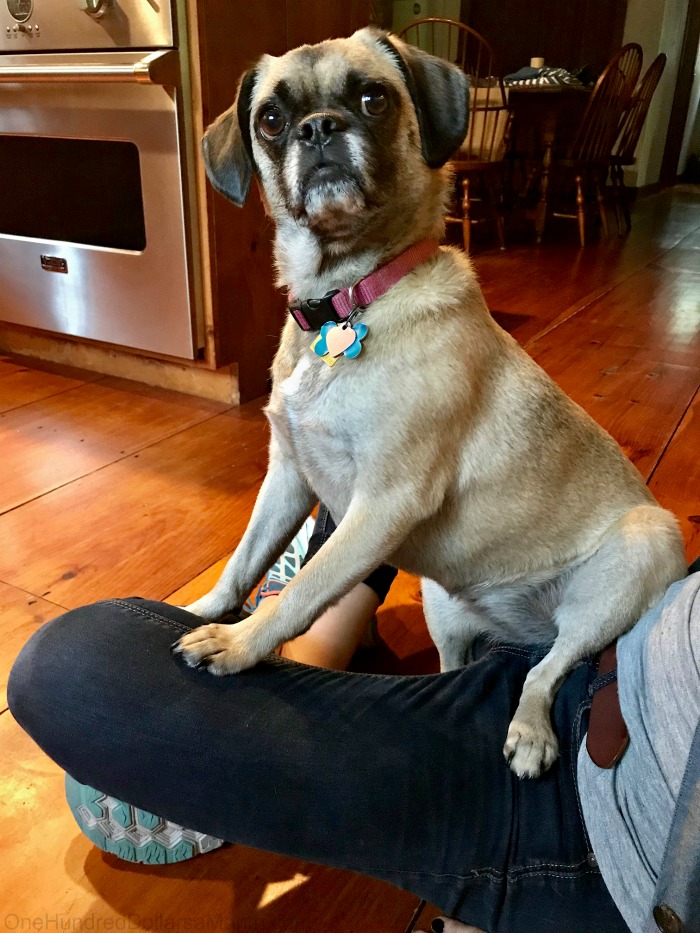 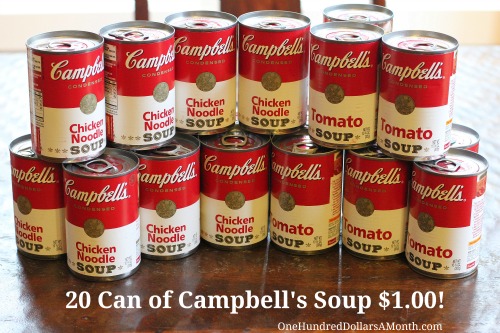 11 years ago in an effort to get a better handle on our budget and to see exactly where our money was going each month, I decided to start tracking our grocery bills. Back in 2008 when I started we were spending an average of $814 a month. Which, at the time, didn’t seem like an extraordinary amount of money to be spending on food.

I mean after all we had to eat, right? We were Costco members and buying most of our food in bulk, plus I always made sure to check the weekly grocery circulars for deals and we rarely ate out. So although the $800+ a month we were spending on food was a BIG CHUNK of my husband’s take home pay, {and in line with the national average} nothing really seemed out of place when I started tracking our food bill.

The first year was just for tracking purposes. And then at the beginning of 2009 I decided I would try and shave as little off our grocery bill. I may have even challenged myself to reduce our overall spending by about 10%, I don’t remember exactly, but that sounds about right.

Then sometime around late 2010 I started getting into coupons, and a light bulb went off in my head. Huh, I wonder how much food can I get for the least amount of money? 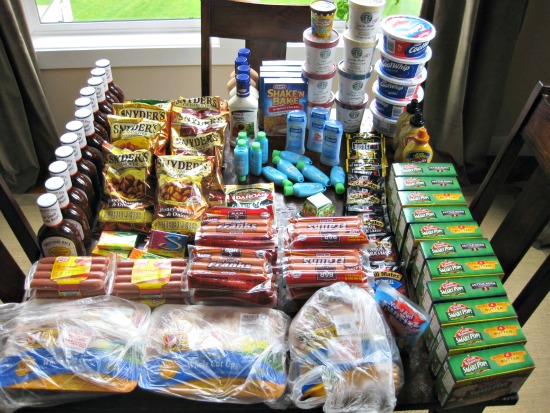 And before you know it, as soon as I dropped the kids off at school each morning I was climbing through dumpsters and recycle bins all over town looking for coupon inserts and sheets of double coupons so I could stock up on the deals. 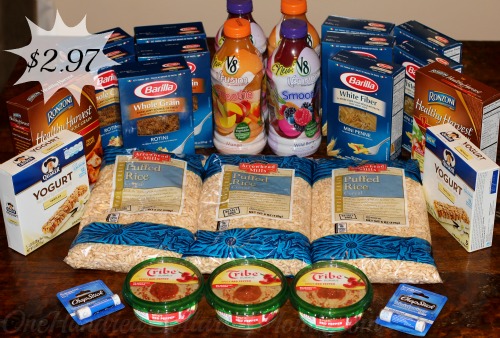 I became OBSESSED with acquiring as much food as I possibly could for the lowest price. It didn’t even matter if we were going to EAT THE FOOD, because at that point, we had so much food in our pantry I just began to donate it to the local food bank {and my kids food drives at school}. It was crazy. I was crazy. 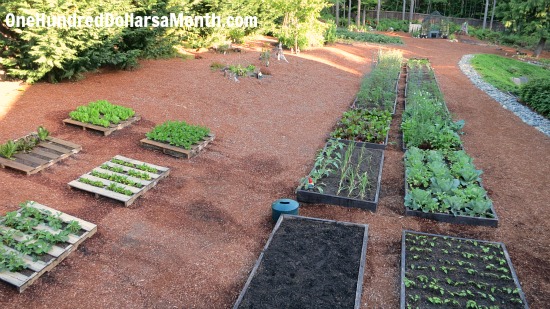 And then by around the middle of 2012 I was totally burned out from all those early morning trips to the grocery store and thought… Geez, I could probably be spending my time more constructively instead of spending hours upon hours each week clipping coupons and driving all over town to score deals on things we aren’t going to eat. So I dove into gardening again and instead of spending my mornings on the hunt for a good deal, I spent them pulling weeds. 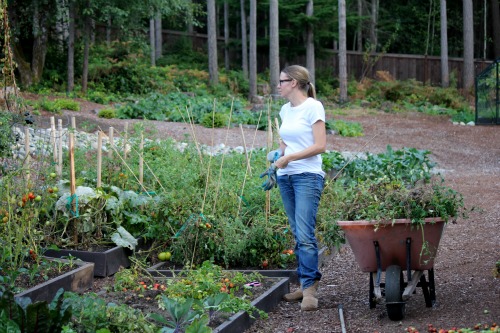 And I think that was the moment I decided my TIME was worth something. 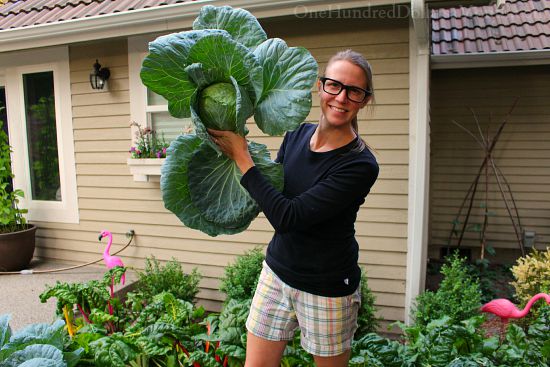 And you know what? Even though our grocery bill has crept up from those days of only paying $100 a month on groceries, not having to rush all over town to find the best deal, has been sort of liberating.

Maybe I’m getting old, or maybe I’m just loosing my edge, {or just thrilled my husband has taken over cooking and most of the grocery shopping!} but these days, I LOVE the fact that I am spending less time in the car on the hunt.

I like paying the local farmer his asking price for squash, or strolling up to a farm stand and walking around with a quart of cherries that were grown just a few yards away rather than feeling the need to pick through a plastic one pound bag of cherries that were flown in from Chile and sitting under the bright lights of the grocery store in a refrigerated case for 5 days.

I am beginning to see the value in my time.

Don’t get me wrong, I haven’t gone all hippy dippy on you. I still love the thrill of a good deal. I just think there are about a million and seventy two different ways you can cut down on your food bill these days without running all over town.

So one of my goals for 2019… Is to really just sort of get back to basics. Work towards getting my food bill back on track {my hope is to get it somewhere in the $150 – $175 a month range} and you know, just have a little fun.

After all, that’s what it’s all about, right? Enjoying life. 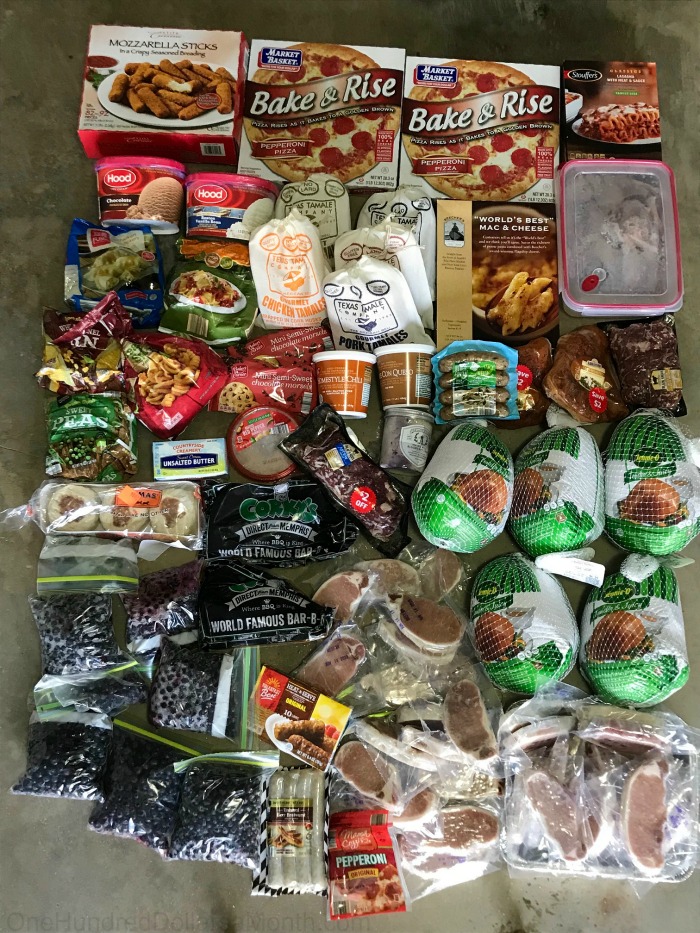 That being said…. Yesterday we cleaned out the freezers, the pantry and the fridge.

Raise your hand if you have a boatload of mystery containers of leftovers sitting in your freezer? {We have 10. PLUS countless zip baggies of bits of random food as well}. 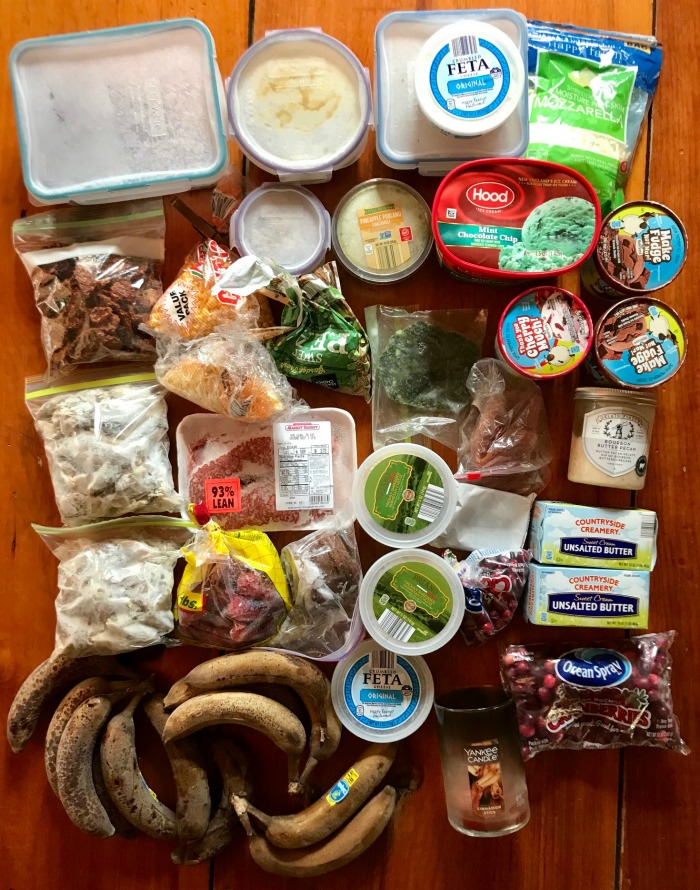 Frozen bananas anyone? How about a glass jar with a little candle wax at the bottom. 😉

I used to be on team Miracle Whip, but a few years ago we made the switch to Mayonnaise and well, I don’t think I’ll be going back. How we ended up with 3 bottles of mustard in the fridge is beyond me. The Miracle Whip though, my Mother bought that when she was here in September. 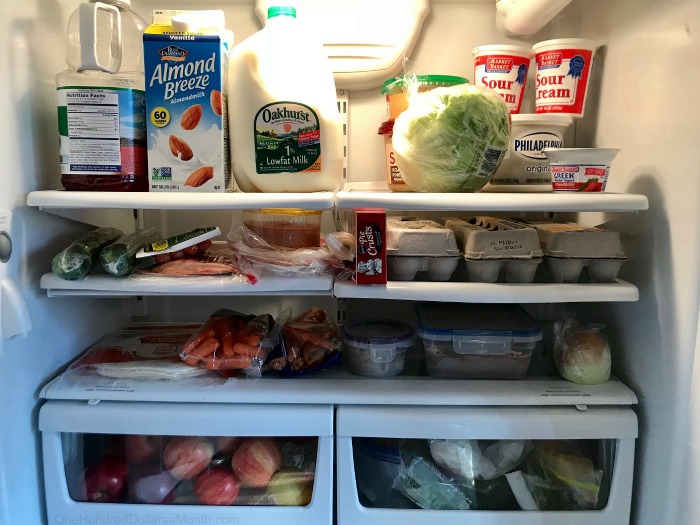 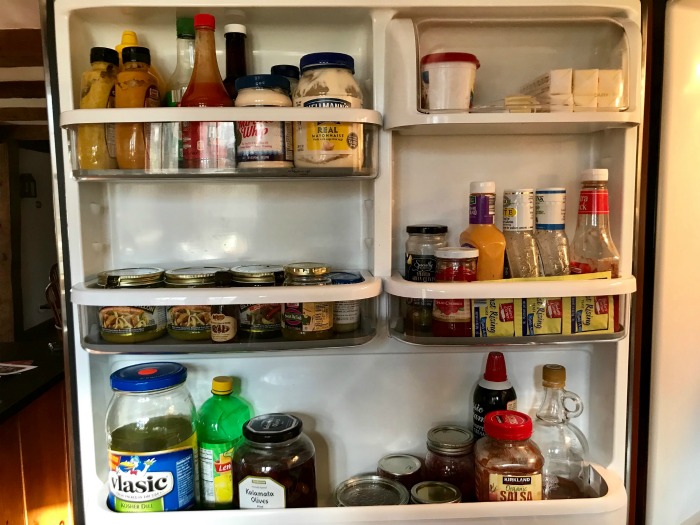 It’s a wonderful feeling to be able to find things again. 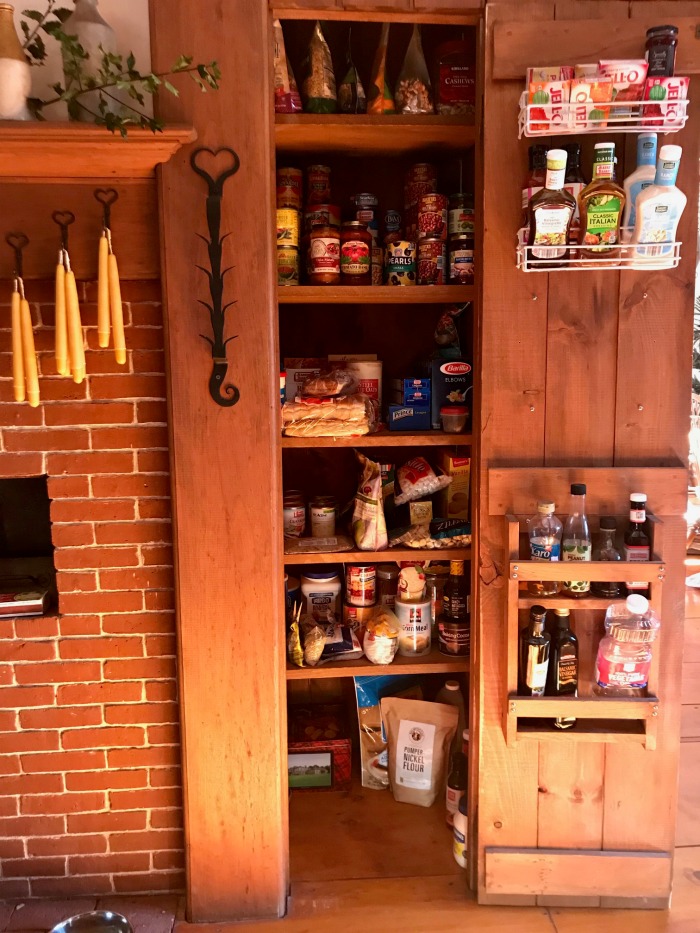 And our teeny tiny pantry. It’s all organized too. 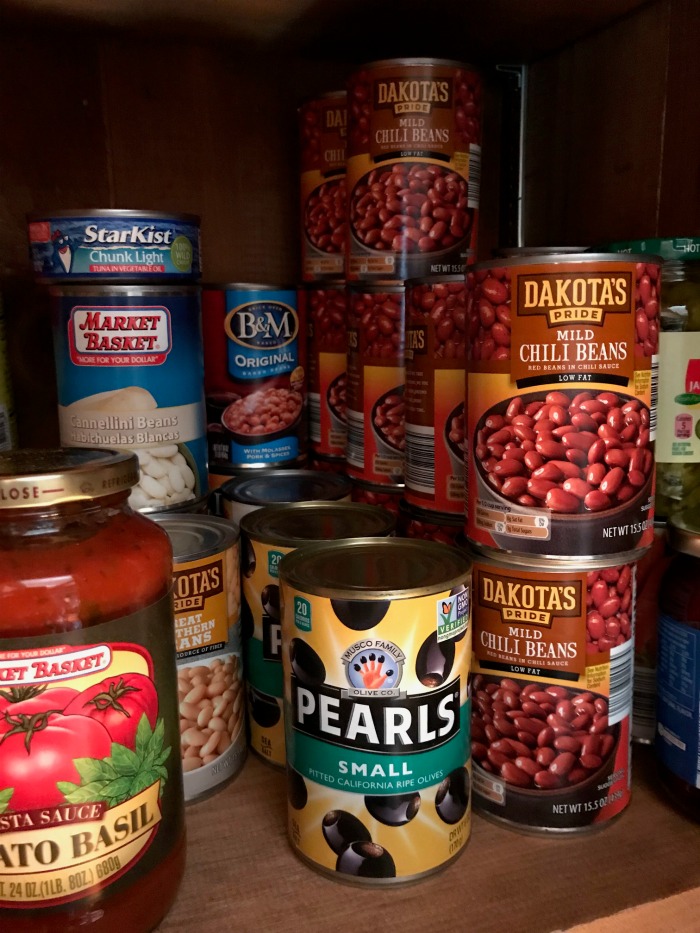 We keep the cracker and cereal box overflow in the sideboard we have in the dining room. And just for the record, HH if you are reading this, I think we’re good on chili beans for a while. 😉

In fact, I think we are good on FOOD for a while and should concentrate on eating out of our pantry in January instead of adding anything else to it {well, except milk. A girl has to have it in her tea!}. Anyone with me on this? Anyone want to join me in avoiding the grocery store in January?

What a great way to start off the food budget for 2019.

And if you are going out tonight…. Just remember, nothing good happens after midnight. 😉 So stay out of trouble.