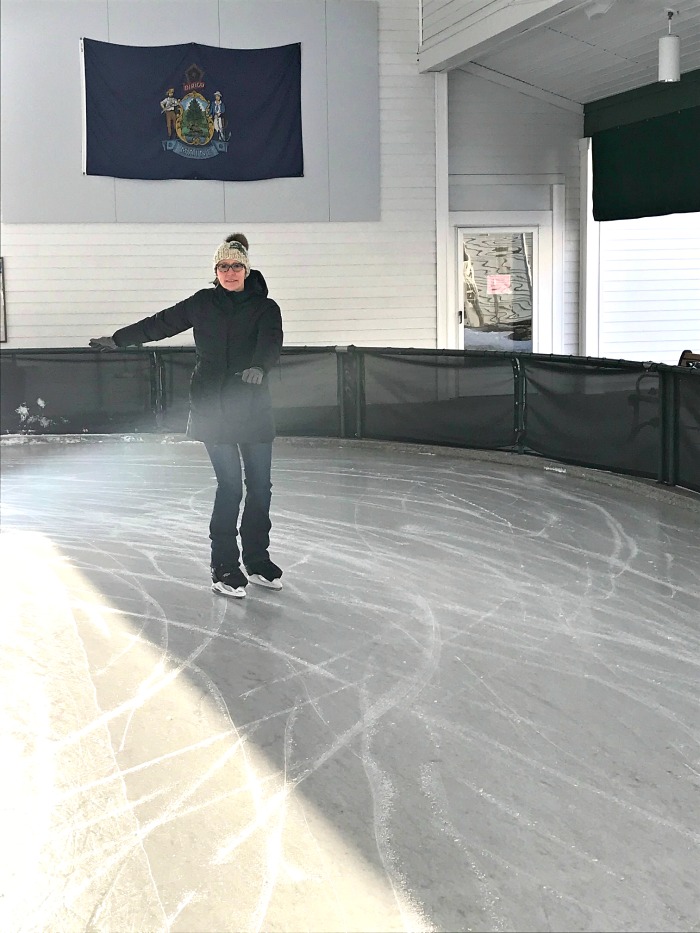 What a year it has been. There have been so many twists and turns, and you know, I wouldn’t have changed a thing. January – March were pretty much spent indoors watching movies and rug hooking up a storm. And then in late April we got a letter in the mail. May was pretty uneventful with garden chores taking up the bulk of our days. 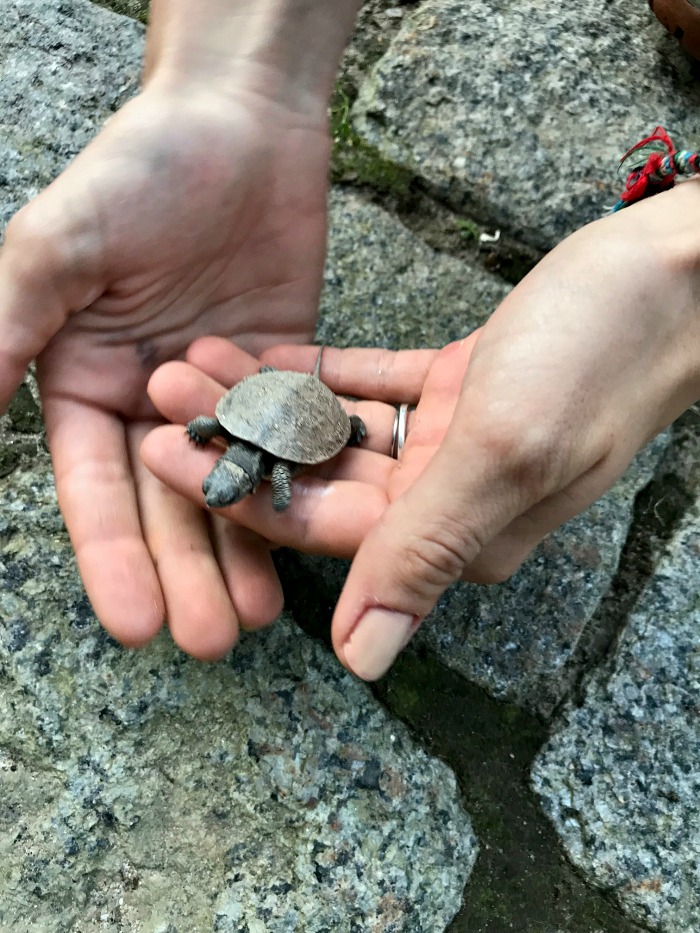 In June we had a mama turtle lay eggs in our driveway and most of July was spent gardening like mad, fighting the humidity and dodging the black flies and ticks. 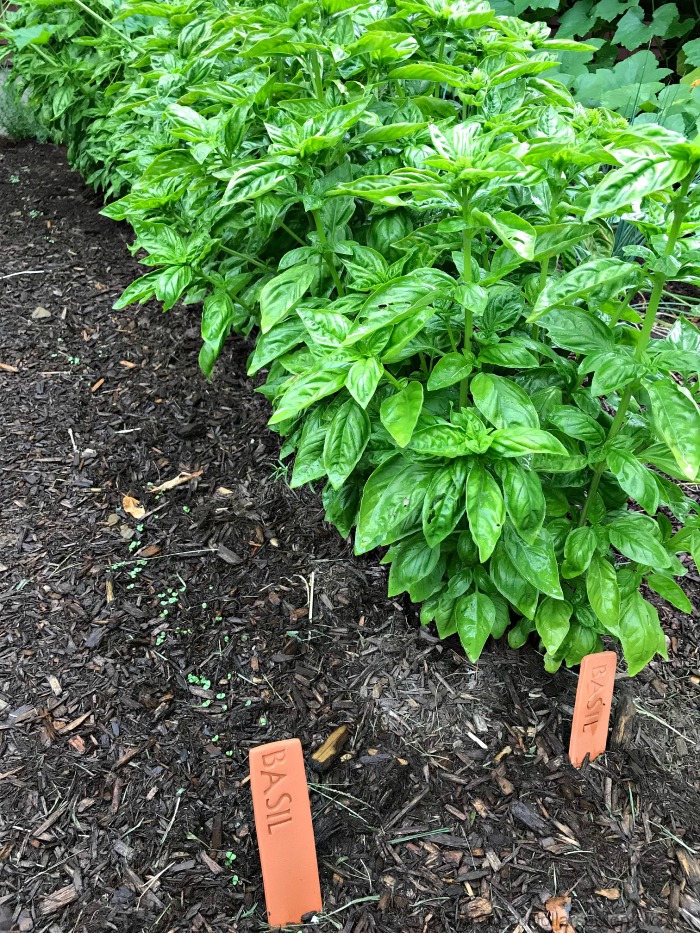 By the time the end of August rolled around, the turtle eggs had hatched, the garden was overflowing and we began to get the feeling the people who sent us that letter back in April, were actually serious about their offer. 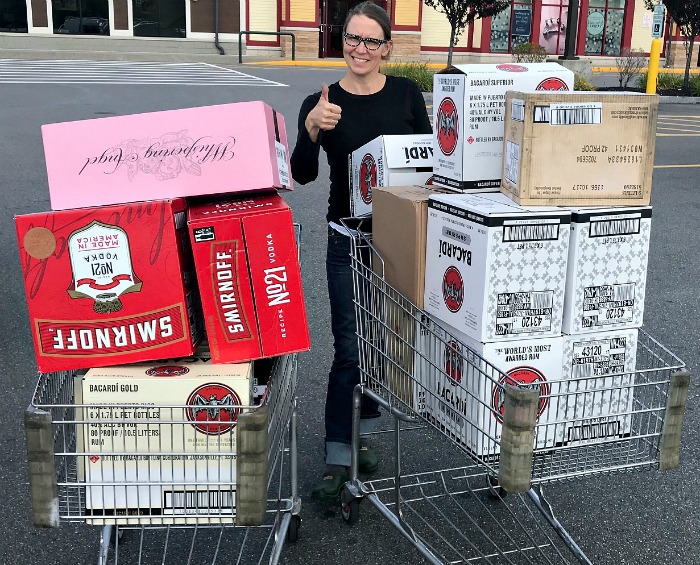 And so we packed our things, and headed for coastal Maine. 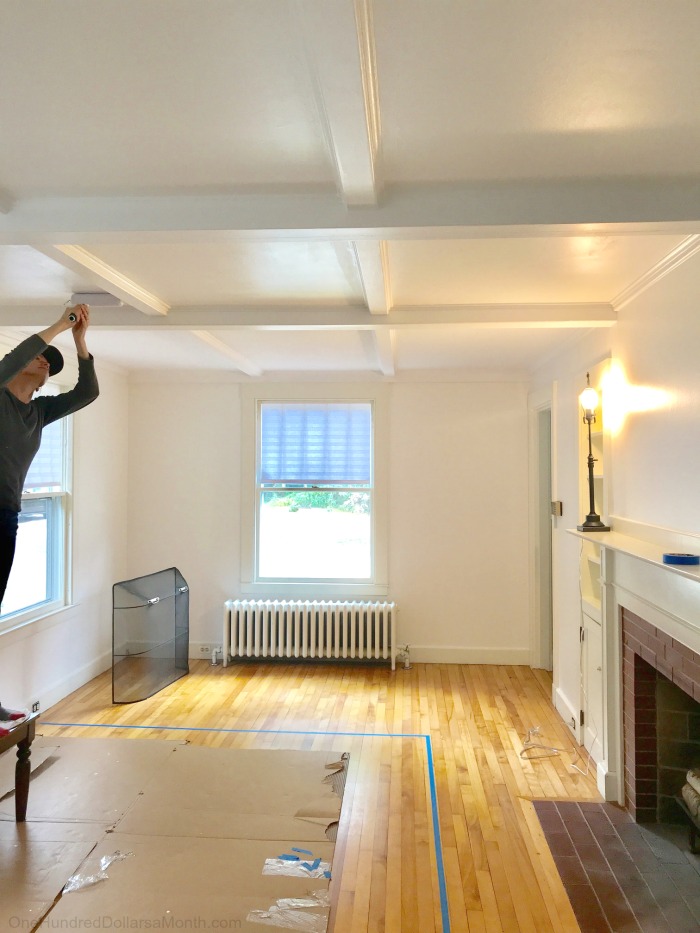 Going from basically a 4,000 square home on four acres with a large garage, a barn, and a greenhouse to a 1,500 square foot house on a quarter acre city lot has been a bit of challenge. And we’ve been trying to catch up ever sense. There is still a ton of painting, updating and organizing to do. But we are getting there… s l o w l y.

It has been a crazy, chaotic and frustrating at times kind of year. But still, we are both happy with the decision we made to move to the spot we did, and know that once we get everything the way we like it, things will calm down and fall into place once again. 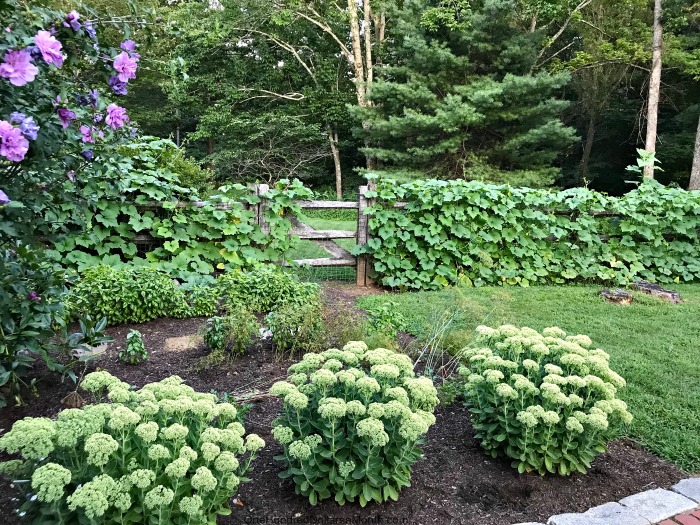 Oh how I miss walking out the back door and taking in this view. Only time will tell if I’ll be able to create another gardening sanctuary at our new place. While we didn’t grow the amount of vegetables we have in prior years we harvested plenty of homegrown goodness. 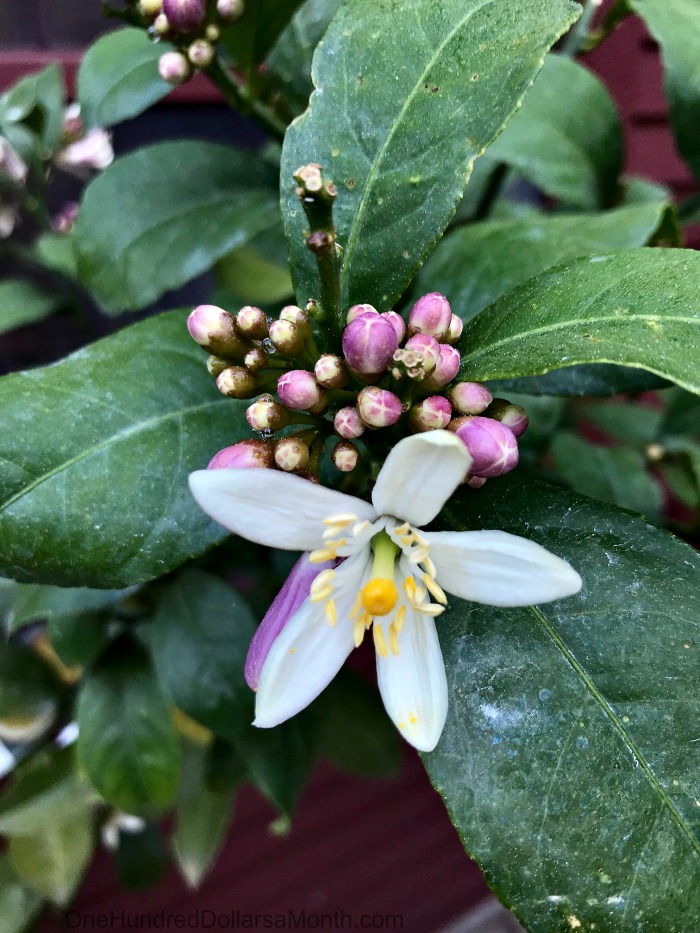 At the beginning of the year I thought it might be nice to line the driveway at the old house with fruit trees, but for some reason or another the task kept getting pushed to the back burner. And well, in the end, I’m glad we didn’t because it would have been a waste of money.

We did end up buying a Meyer lemon tree though, and she’s still alive. So there’s that. 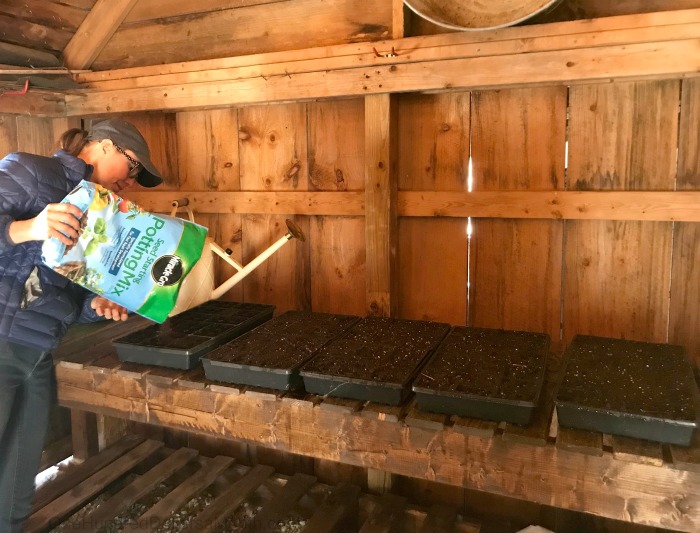 Once the ground thawed we laid a fresh layer of pea gravel in the potting shed, strung party lights and the HH even built me a wonderful potting bench so I’d be able to start my seedlings each spring. When we moved we left the bench behind {it was the perfect fit for that space} but took down the party lights and brought them with us.

I don’t know if I’ll have him make a new bench, a potting shed or just order a greenhouse for the house we are in now, but I do know I’ll need somewhere to store all my garden gear in the spring. Only time will tell. 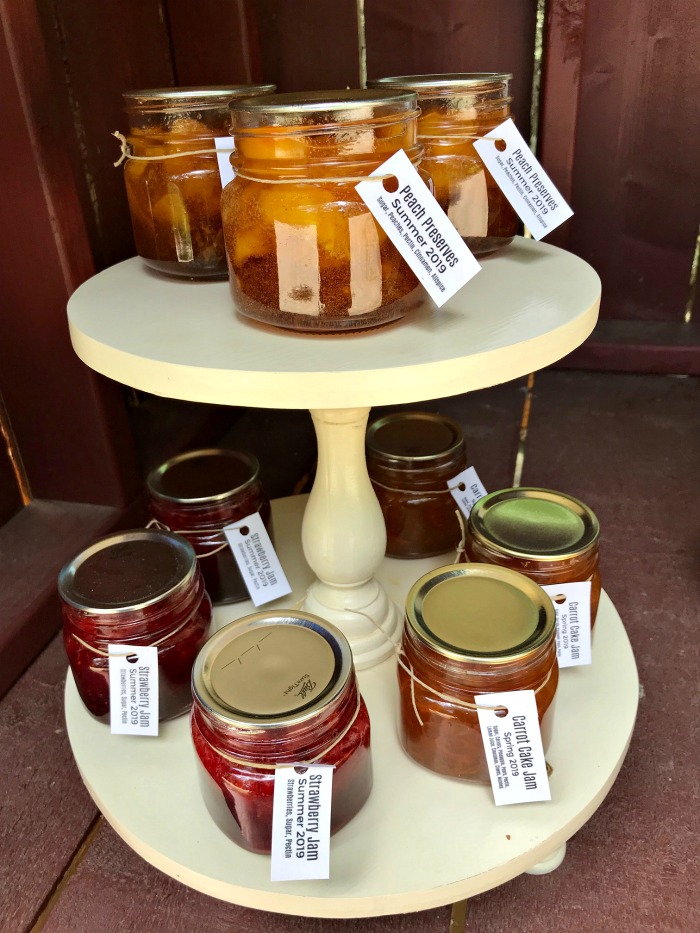 With the bulk of garden bearing fruit in August, I only had a few opportunities to set up shop before we moved. I tried selling just eggs a few times, but didn’t have many takers so I stopped putting our extra eggs out and just gave them away instead. 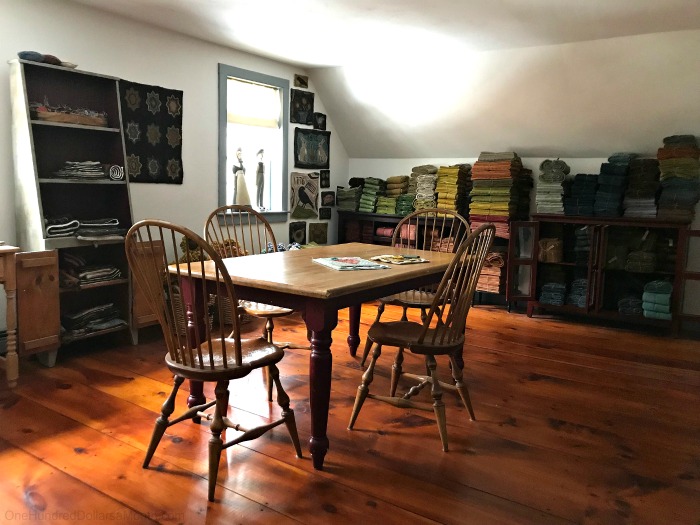 Goal #6 — Finish Every Single Unfinished Rug Hooking Project in My Pattern Bin + 10 Things from back Issues of Magazines/Books I’ve Been Meaning to Make.  Close. But no cigar.

While I managed to get those 10 “things” from back issues of magazines finished late last night,* and 9 more flowers and 3 more rugs hooked this past week, I fell short on my rug hooking goal this year. But the biggest tragedy in all of this is that when we moved I had to give up my beautiful craft room. With the exception of the bathrooms and The Girl’s room, every single room in our house had wool, in one form or another in it.

At this point in the organization game, it’s so pitiful, it’s funny. Because really, what can you do besides shut everything down for a week and GET ORGANIZED. But I’ll talk more about this tomorrow.

* Feeling like I was down to the wire, but wanting to get those 10 things checked off my list, I ended up making 10 of one the same thing {but with a little variation} and I will be sharing a picture of the final product {and a tutorial on how to make them} on Thursday. 😉

I rocked this goal this year. ABSOLUTELY rocked it!

This year I added 12 new rug hooking patterns and 14 beginner rug hooking kits to my Etsy shop. {And will be adding THREE more on my next Etsy shop update on Friday, January 3rd at 6pm EST.} 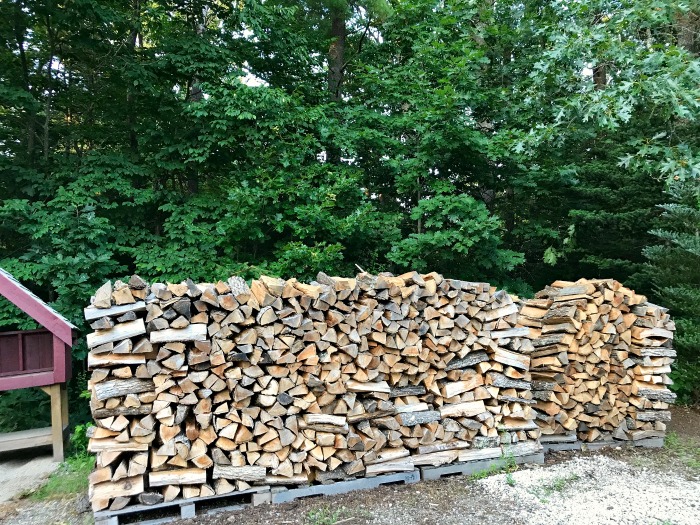 Goal #8 — Sometimes failing at a goal is a good thing.

Another goal that was a total bust this year. But it was a good thing we dragged our feet on getting that wood chopped because we ended up selling all of it when we moved anyway. Oh well. 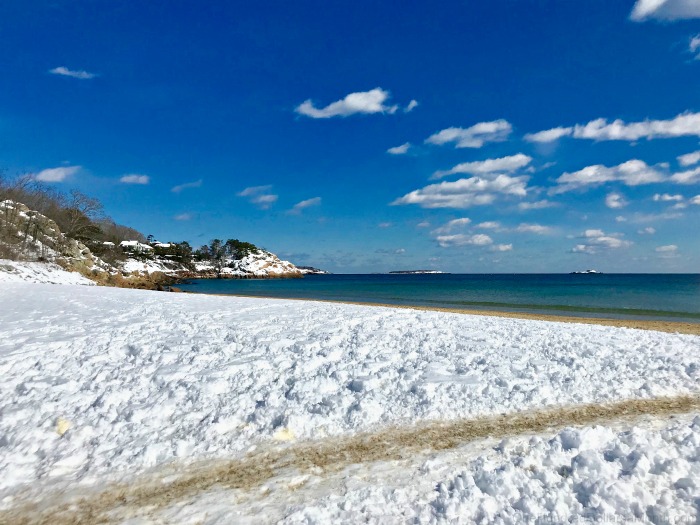 Goal #9 — Do Something with the 5,002 Photos on My Phone Happy with the results

I started the year with 5002 photos on my phone and ended with 1903. So while I didn’t send anything up to “the cloud” or turn anything into photo gifts like I thought I might, I did manage to delete a ton of pictures as well as share a bunch I had taken for the blog.

Photos are such a funny thing. While it’s nice to capture a moment on a screen, it’s also nice just to leave your phone in your pocket and just enjoy the moment. 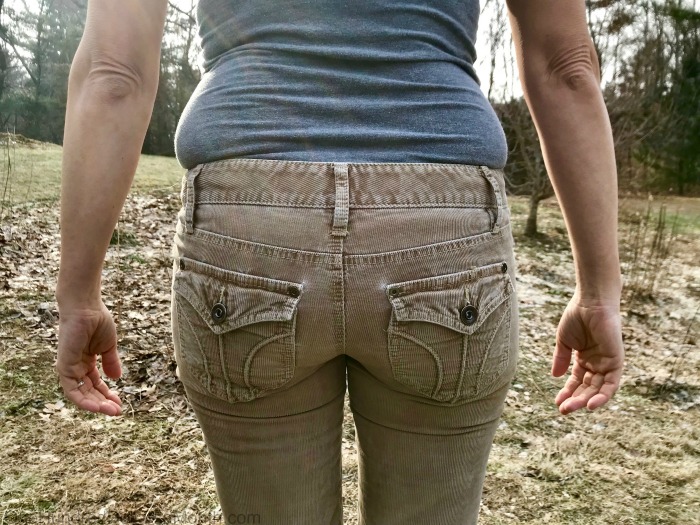 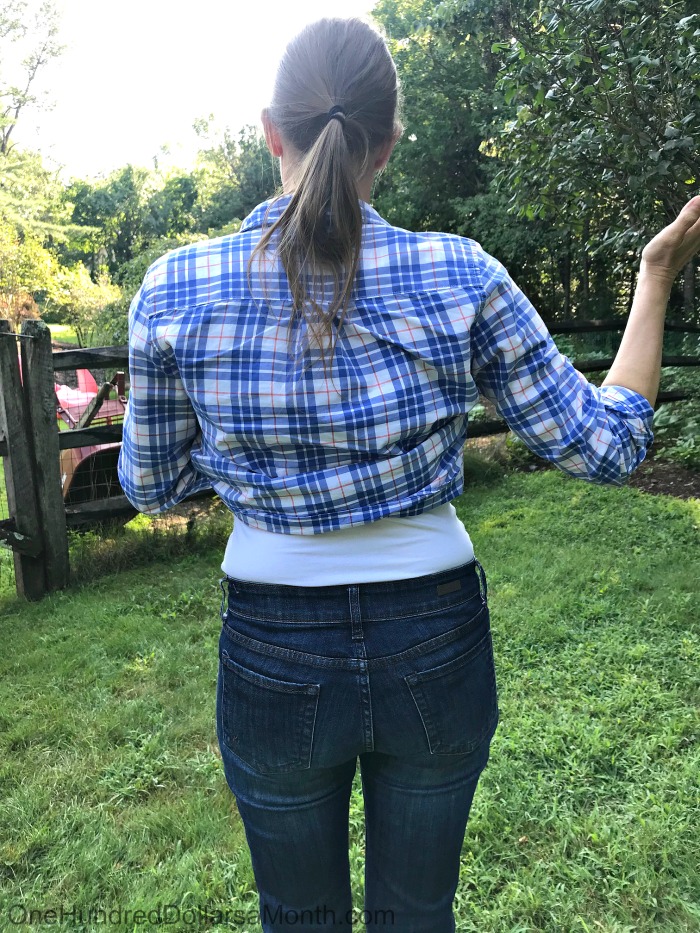 I would rather be constantly on the move {gardening, walking, doing ANYTHING} rather than restrict food or treats any day of the week. I’m not into diets, and I believe you can eat anything you want, if it’s done in moderation. But I’ve found that as I get older, I do need to be more active. 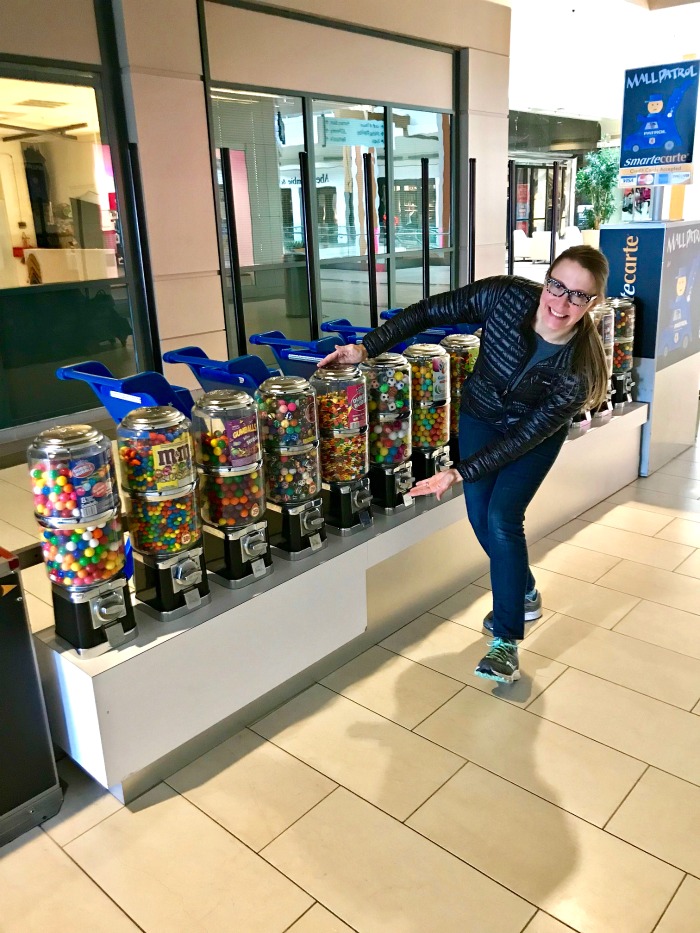 I walked an entire marathon in a mall, {and watched The Girl and her friend run the Boston Marathon} walked/jogged a 10k {and came in second to last HA HA HA} did a half marathon in the snow {and later in my pajamas} and walked a 5K with the HH on Veteran’s Day. So I did it.

And I never want to sign up for another marathon again. I’m good. I have no more mountains to climb. No more lofty athletic goals I have a burning desire to accomplish. 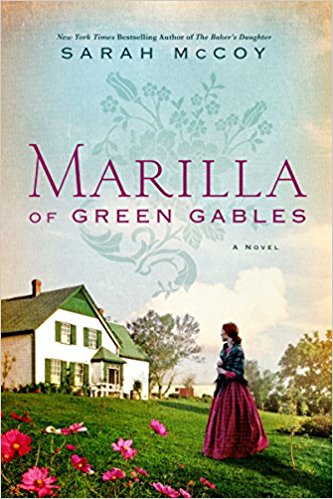 I think I started and stopped more books this year than I finished. And that’s okay by me. I was also able to listen to my favorite book of the year Marilla of Green Gables again last week as well as check out NPR’s Favorite Books of 2019 List for some ideas on what to read next.

And so while I would have liked to hit my reading target for 2019, there’s always next year.

Books I’ve Read This Past Year: 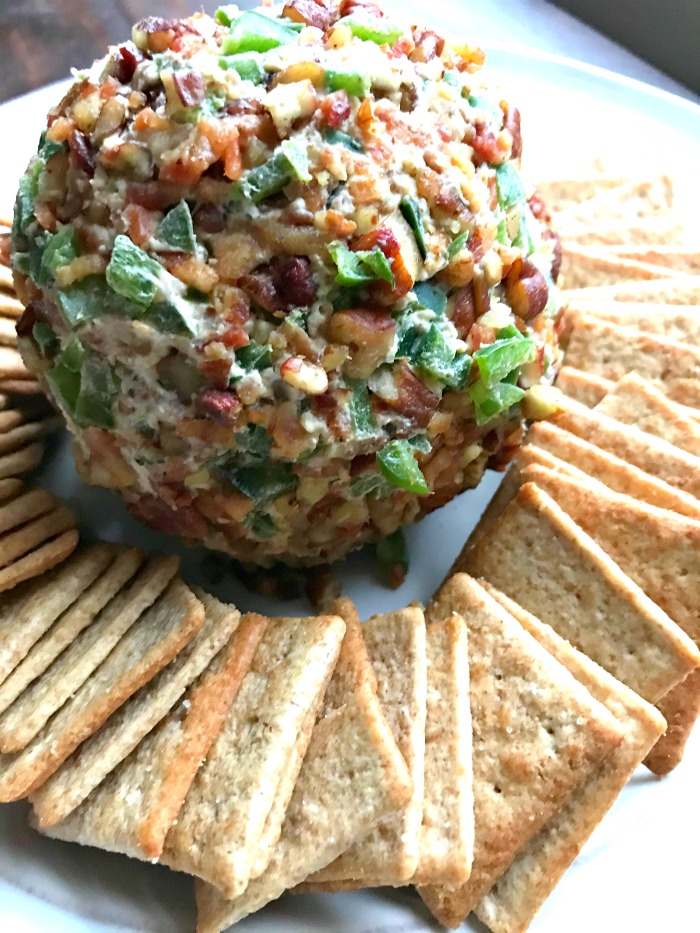 The HH and I were able to whip up oodles of new recipes this past week {all that will be featured on the blog in the coming weeks} and I am so glad to have that monkey off my back AND a fridge and freezer full of leftovers to start the new year with. I have a really cool cooking goal for 2020… but you’ll have to wait until tomorrow to hear all about it. 😉

I only took the time to clean up 9 of my old recipes on the blog this year and it was the one goal I kept putting off and putting off until it was too late to do anything about. I guess I should feel bad that I failed, but I don’t. 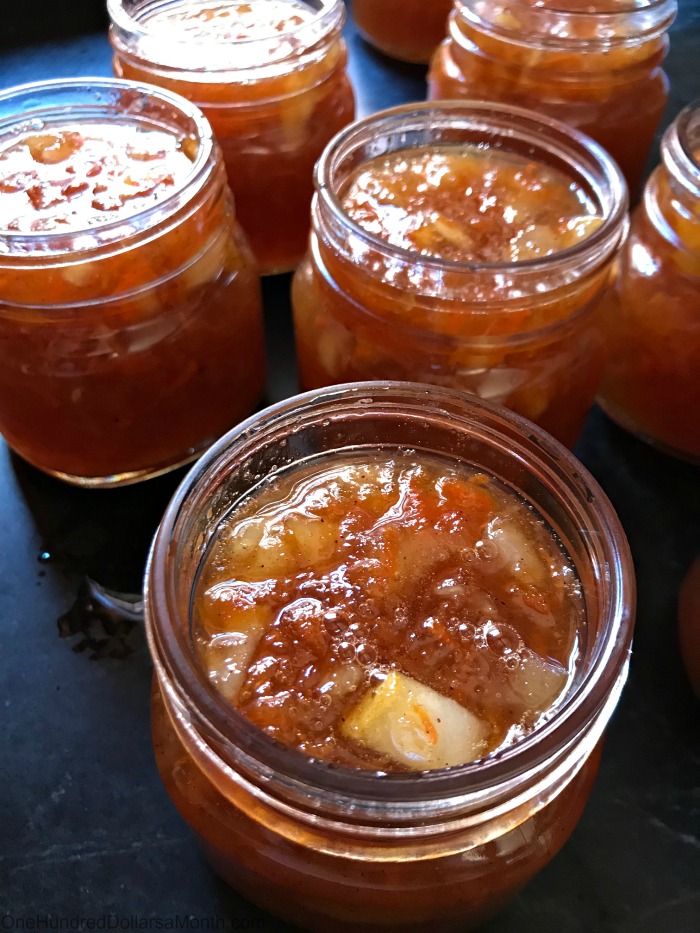 This is another goal I thought for sure I’d have no problem completing. But in all fairness, we did move during the height of canning season and I feel like I did my best.

So far this year I’ve I canned: 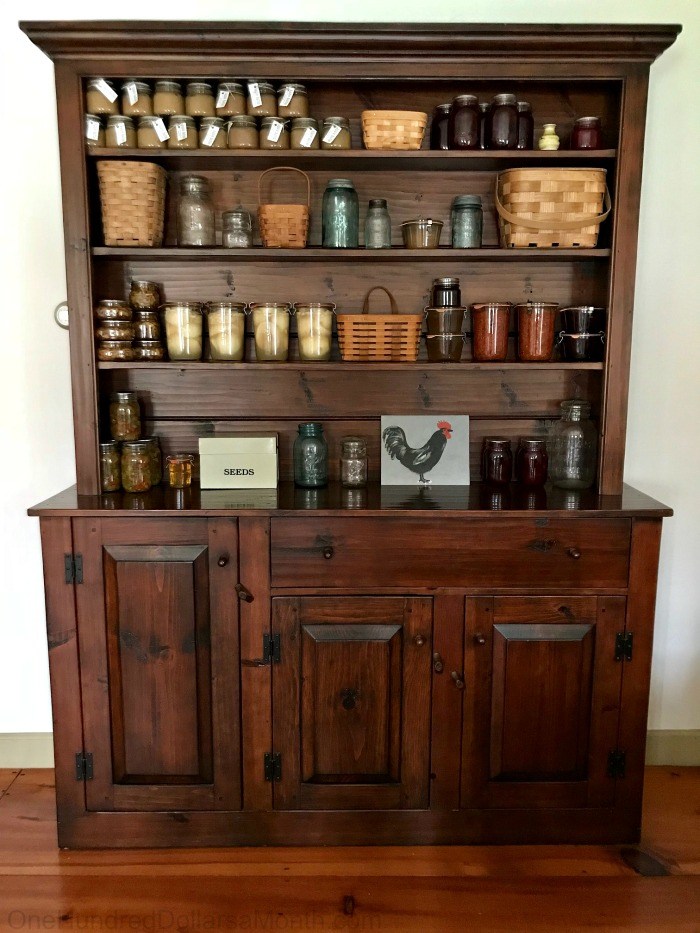 Back on December 31st, 2018 when I sat down to write out my goals, this is what I had put down for this specific goal:

So while we still had 3 months to go when we moved out of our old house and into the new one, I’d say I did pretty good on that particular goal. 5 out of 6 wasn’t bad. 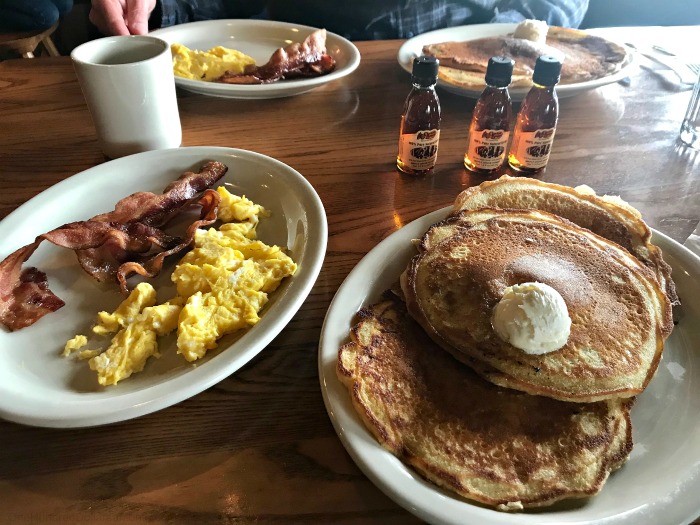 48 out of 52. Not too shabby if you ask me. A few years ago it was like pulling teeth to go out once a month, let alone once a week so all in all, we did great. 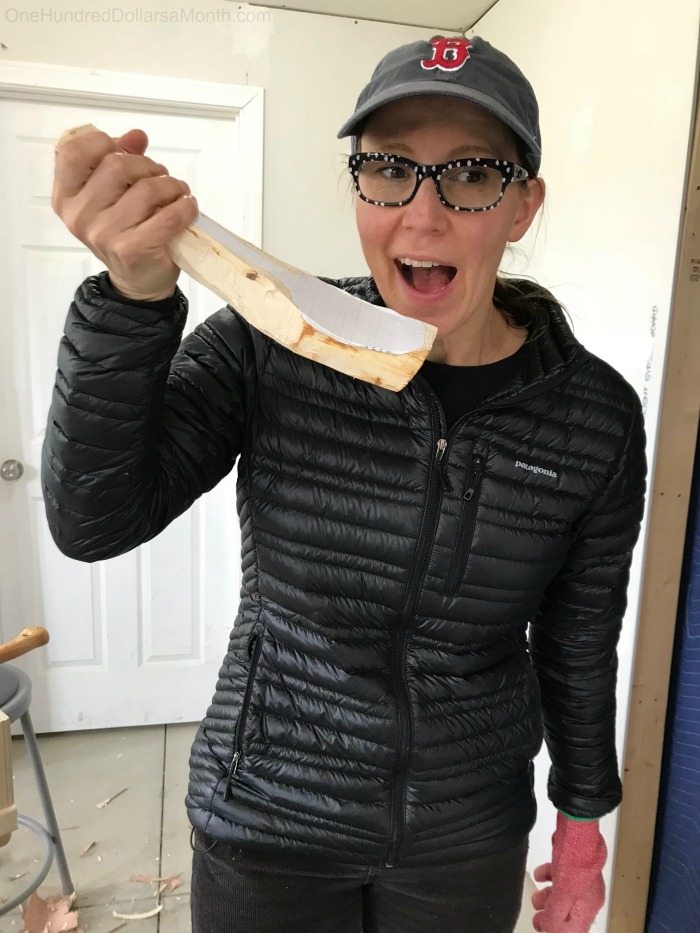 This goal didn’t pan out exactly as I had planned, mostly because of timing. When I made the goal at the beginning of the year I had planned on spending the hottest months of the year {August and September} down in the basement working on holiday projects. So when we had to put everything on hold to pack up/unpack the house, it kind of threw a wrench in the works. And so while I was able to get a few of the projects on my list completed, I wasn’t able to get to them all. 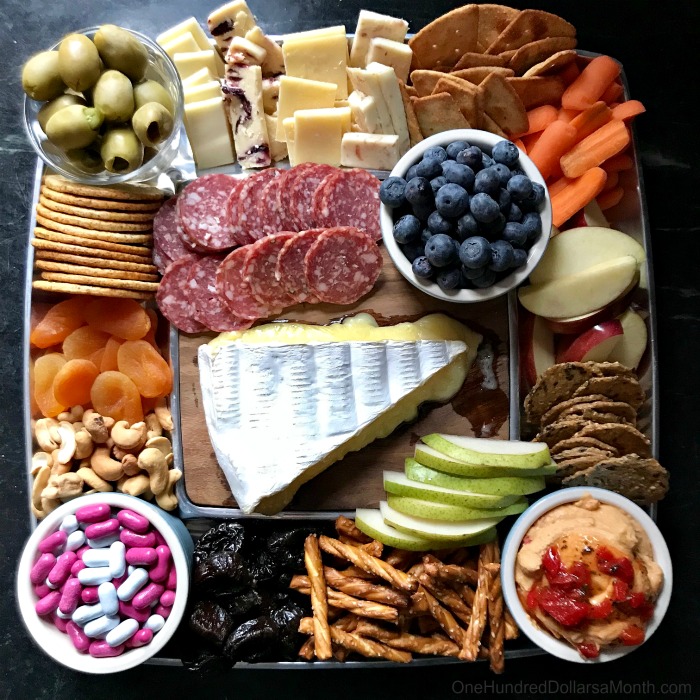 What started off as a really fun challenge at the beginning of the year, slowly turned into something that wasn’t much fun towards the end because of all the cheese board “hype” floating around on social media.

Our family has done the pickety bits things for years… but all the sudden everyone was making them and I felt like our little platters of cheese and salami weren’t enough. They weren’t styled, didn’t have a lot of variety like the ones all over the internet had. But mostly I didn’t feel the need to go spend $50 – $100 on little bits of food just for the sake of taking a ohhh look what I just made picture. With just two of us eating {and sometimes 3} at home these days, it just seemed silly to me. 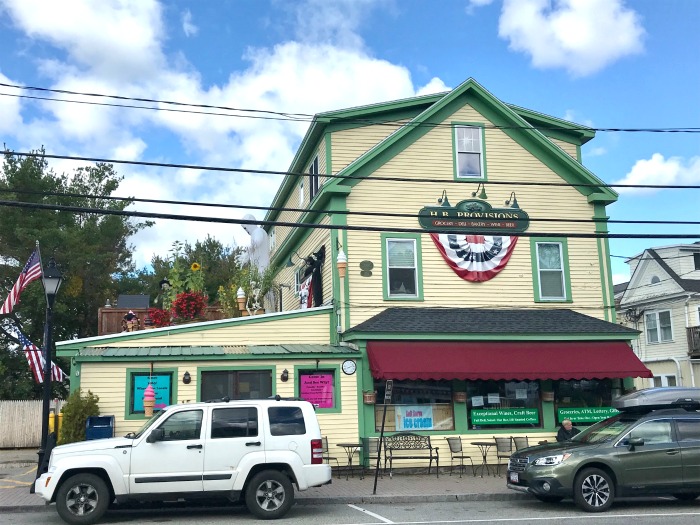 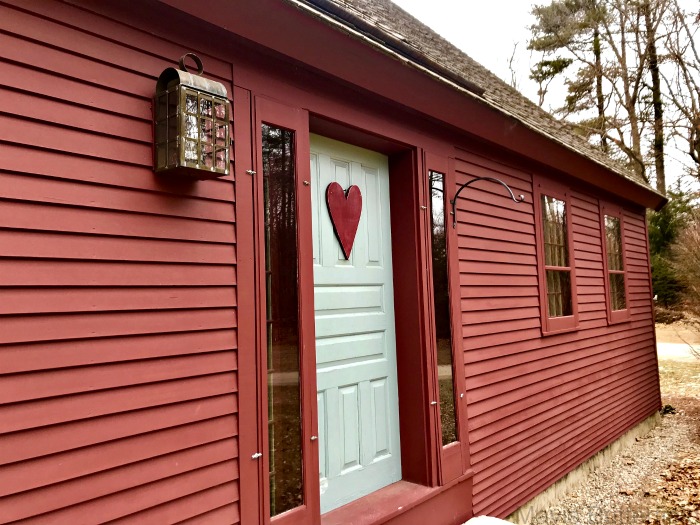 Goal #22 — Compete with Carole….. Get on My Front Door Game On DONE

This was a silly little goal I made last winter while I was looking out across the street at my neighbor Carole’s house. Hands down that woman has the BEST front door decorations around. I would later learn that she had owned a primitives store for many years and that’s why she had all the good loot.

No she didn’t know I had made the goal, and since at that point I had only seen/met her a handful of times, and because she didn’t know I had a blog {it’s not something I tell most people about} it would have been totally weird to have knocked on her door and asked to take pictures of the front of her house all bedazzled up and everything.

I don’t know what it is about New England, but they do love to decorate their front porches around these parts. And while it hasn’t been my thing in the past, I do look forward to keeping up with the Joneses {at least front porch wise} from here on out. 😉

Front Door Bling I’ve Made So Far This Year to Compete with Carole:

It was a good year. Even if I didn’t get to check everything on my list. Some years a like that. And that’s okay. There’s always next year and new goals to make. 🙂

How about YOU? What do you think went well for YOU this year?

We all want to hear about it.

Have a Great Day!