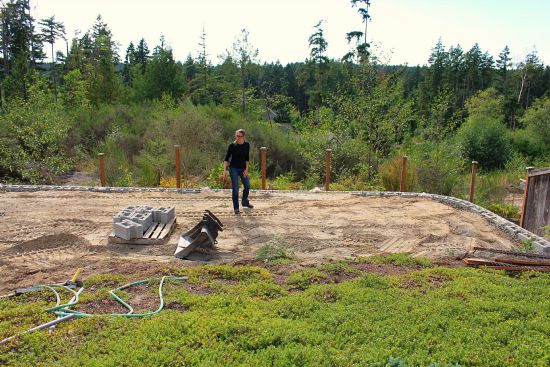 It’s not what you think.

I am not building another house somewhere. {But OH HOW I FREAKIN’ WISH}.

My old neighbor Jenn called yesterday and told me she was having a sport court put in {I live in suburbia after all}. The landscape guys were there and she wanted to know if I could pop by because she was going to have have a drip irrigation system installed. She wanted some sort of garden, but didn’t know what she wanted exactly or where to start.

If there is one thing in this world I absolutely love, it’s starting {vegetable} gardens from scratch. I could probably make a nice business for myself doing it if I was more of a people person. And cared what other people thought. And liked spending time sketching out plans only to have other people critique them and then say no, they wanted something else entirely. 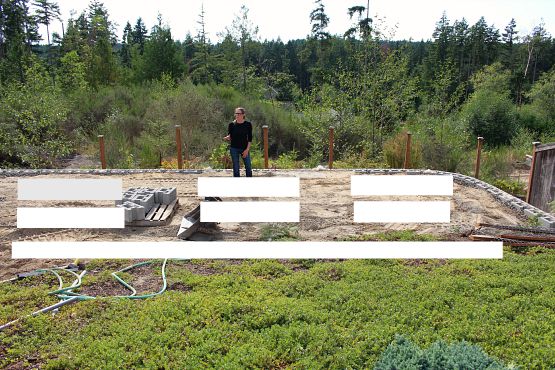 Anywho, Jenn has 4 kiddos and knew she wanted raised garden boxes. So I suggested she build 6 raised beds. This would give her plenty of room for walking paths. She was a little worried 6 garden boxes would me too demanding, but I told her that for a first time gardener with 4 kids, I thought they would be able to handle 6. 9? Probably too many.

Then she talked about wanting a row of raspberries and possibly a spot for a pumpkin patch. I mentioned if she had a long narrow plot to start the pumpkins she could train the pumpkins up the slope during the late summer months and still keep her evergreen plantings intact year round. 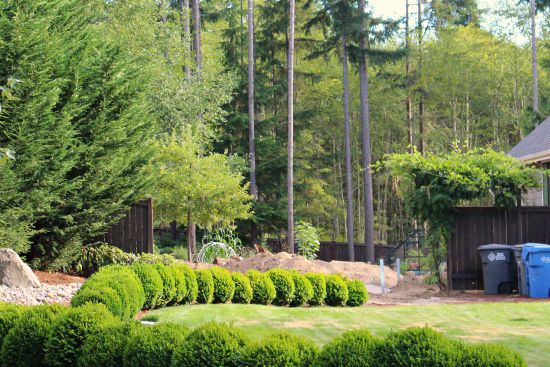 Since Jenn lives in my old neighborhood, I of course had to drive by my old house to get to her place.

I’m not sure what the etiquette is for driving by your old house and snapping a picture or two but for the record, I’m sure it’s pretty normal {okay, drive-by YES, picture taking NO}. After all, another family owns the place now and I don’t want them to think I am a total psycho coming back to check on the house and plants I sold them.

Anyways… They ripped out all the old garden boxes and are having Chino build them a garage/shop for their business. The greenhouse and apple trees are still there and it looks like they are trying to grow corn, so all is not lost.

We couldn’t really expect them to keep 16 raised garden boxes now could we? That place was a B.O.A.T.L.O.A.D. of work. I have no regrets about selling. It’s just this weird in-between phase our family is in right now that gets to me from time to time. I have a plan. A really good one and I wish I could press fast forward sometimes, but I can’t. Not yet anyway. 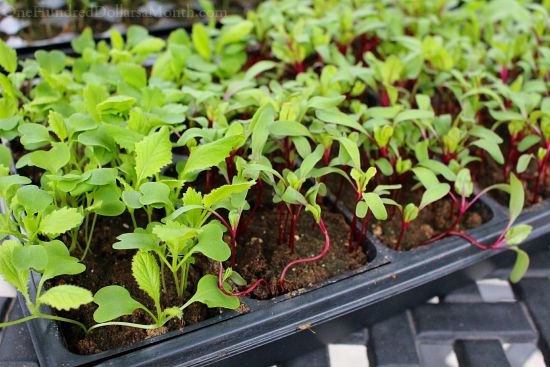 Remember the vegetable seeds I started under grow lights not even two weeks ago? Holy plants on crack people, look at them now. It’s nuts.

Even though this week is going to be a bit cooler… I’m going to continue to try and keep the seedlings under the grow lights for another 2 weeks so they can get nice and big before I set them out in the garden.

I may need to set the Oak Leaf Lettuce out a little sooner though, as they are getting pretty big. Luckily I have a shady spot to put them in.

What’s new with you this week? When was the last time you drive by YOUR old house?