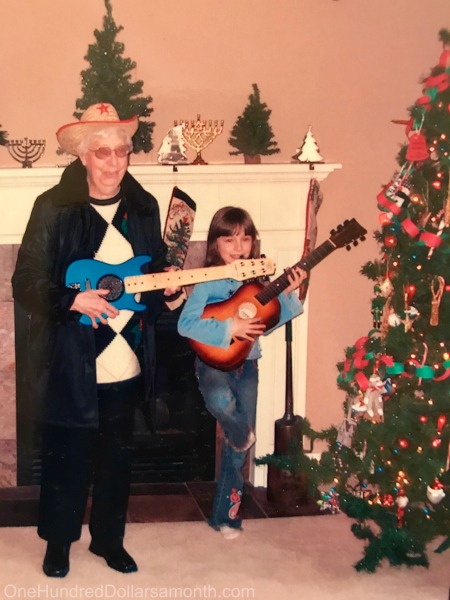 Great Granny and The Girl rockin’ out circa 2003

We live in such a different world than our grandparents grew up in, and I’m not just talking from a technology standpoint. Sure there was no iAnything and no self-driving cars, but today I’m focused on the financial differences of the times. What are some money woes or worries we have to deal with today that our grandparents could never dream of? Back when life seemed just a little simpler, although arguably less advanced, grandma wasn’t toting around a cell phone or paying for it.

She was whipping up a home-cooked meal, from scratch and most likely from her garden, and probably could not fathom eating out monthly, much less daily! She wasn’t paying for cable or internet service, didn’t have Dish Network or a TV in every room to play it on, didn’t cough up $10 to Netflix and Hulu and Amazon Prime to drop a package on her doorstep next day.  But those are all little bills {that certainly add up, of course!}. What are some major differences between what finances looked like 50 years ago?

There was very little debt: They worked, got paid and then spent all or part of that money, no more. They might have bartered or done some trading of services, and occasionally the bank did give out loans, but they weren’t in debt up tot heir eyeballs. Debt was seen as a last resort. You lived within your means, you helped your neighbors if they were struggling, you avoided extravagant spending that could get you into trouble. Massive car loans and boat loans and house loans and second house loans and equity loans and RV loans and vacation loans and loans for everything under the sun just didn’t exist. 50 years ago, the average debt hovered right around $5,000. That’s it. Today, the average debt is around $130,000.* Wowza!

There were no credit cards: Same thing goes for credit cards. They didn’t exist as a crutch to fund overspending. Do I think credit cards are awesome when used properly for their rewards and not abused? Sure! Would my grandparents agree? Absolutely not. When credit cards became the norm and people began to rack up credit card debt, initially the elderly were not among them. 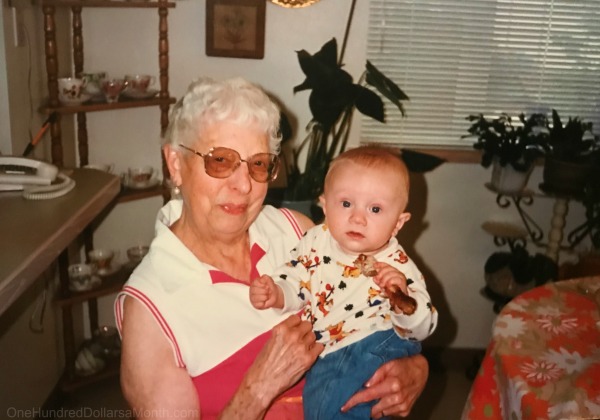 Student loans didn’t exist: This one is two-fold. Our grandparents didn’t have heaps of student loan debt not only because student loans weren’t readily available to them, but because a much larger percentage didn’t go to college. So with the increase in educational opportunities comes a massive increase in student loan debt. According to Student Loan Hero, almost 45 million Americans have student loans, averaging over $50,000 a piece. {That might also have to do with the cost of college fees and tuition rising by nearly 500 percent, but that’s another post for another day!}.

Health care wasn’t crazy expensive: Sixty years ago, the yearly cost, on average, for healthcare was around $130 per person. That’s it. It’s now over $10,000 per person. That’s kind of an insane jump, even taking inflation into account. And yes, that $130 would have stretched quite a bit farther back then, but if I would have asked my grandma if she could ever envision a world in which we’d pay over $10,000 per year for health care, she would have laughed at me. 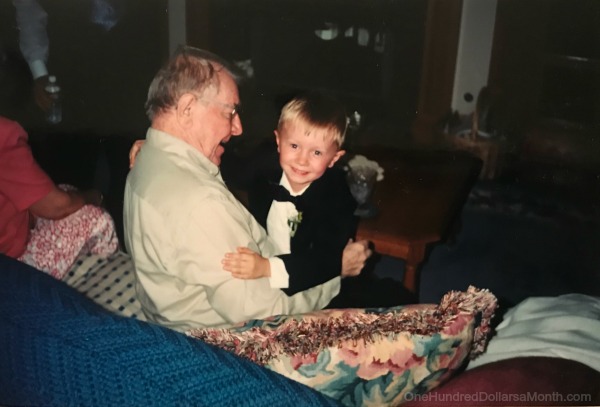 Great Gramps and Monkey Boy circa 2001

Retirement was guaranteed: In my grandparent’s era, you worked for a company, were loyal to that company, gave them many good years and then they took care of you after retirement. It was really that simple. It’s much more complicated these days, as studies have shown that the pension plan that supported our grandparents was somewhat flawed {which was realized when the money ran dry!}. So these days, it’s pretty much up to the individual to save for their own retirement.

No one stole your identity online: Because the world wide web wasn’t even a term people were familiar with 50 years ago, having someone steal your social, all the money from your accounts and your entire identity by typing a few keys seems like crazy talk. There was no constant monitoring of accounts or credit reports watching and waiting not for the if, but for the when. Sadly, those Mayberry days are over and identity theft is a technology trade-off most people will be affected by sometime in their lives.

And there you have just some of the things our grandparents never had to worry about when it comes to money. Anymore you can think of? Do tell!