There seems to be a growing trend lately in people paring down their possessions in an effort to simplify and minimalism.  Maybe it was the recession {Or maybe it’s always been there and I am just slow on the uptake?  Totally possible.}, but lots of people seem to be tired of the rat race, where stuff owns them and not the other way around.  Have you noticed this?

In addition to owning less, I’ve seen “tiny” houses more and more in a lot of my magazines and articles I stumble onto.  I have to admit, I kind of like the idea of simplifying life.  Stuff takes time to organize and maintain.  Don’t get me wrong, some stuff–the stuff that really gets used and enhances life is awesome, but how much is enough?  A couple of days ago, I found this article in the New York Times about a woman, Dee Williams, who sold her 3 bedroom home in Portland, built herself a TINY 84 square feet house {which is parked in the backyard of a friend} and pared down all of her personal belongings to 305.  305 items!  Mind blown. 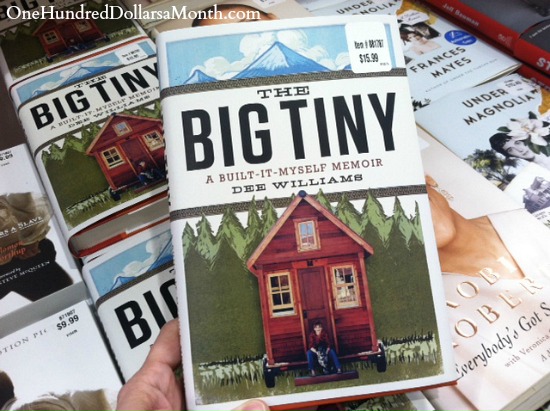 Her decision to change her life so drastically came after she received a diagnosis of congestive heart failure {don’t it always seem to go that you don’t make the bravest, boldest decisions until you’re faced with your own humanity?}.  A 30 year mortgage seemed like a waste of time and resources to her, so after reading an article about tiny houses, she set out to build one for herself.  The house runs on solar power, doesn’t have running water, a fridge or stove, but does have a propane one burner to cook on {this is totally the extreme of paring down, I’m pretty sure I couldn’t do it}.  Now 10 years later, she’s written a book, detailing her experience.

Ms. William’s tiny house obviously is doable because she is just one woman.  It would be pretty darn miserable to do this with a family, but still, it does beg the question, how much stuff do we really need to be happy?  Any minimalists out there who have a count on their belongings? 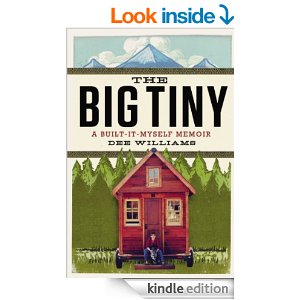 The Big tiny:  A Built-It-Myself Memoir