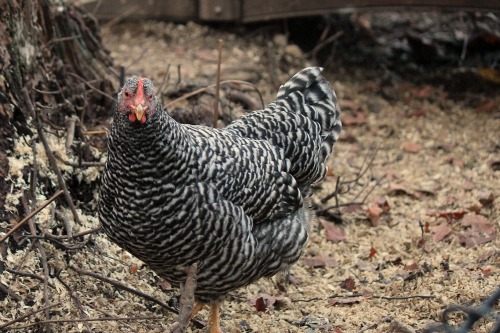 This is Martha.  Martha was part of a group of 3 Barred Rock chickens we purchased as baby chicks last spring.  When we first brought her home, Martha and the two other Barred Rock chicks were best buddies.  Then, one day that meany Ricki Raccoon came along and ate her two friends.  Leaving her all alone.  It traumatized her and she has not been the same since.

She’s jittery, does not like to be held, and doesn’t rush in when we bring the hens food.  Instead she patiently waits her turn.  But ever since the fall chicks were introduced, Martha has been hanging out with them and slowly coming out of her shell. It’s kind of like she’s playing the role of big sister, which is cool to see. 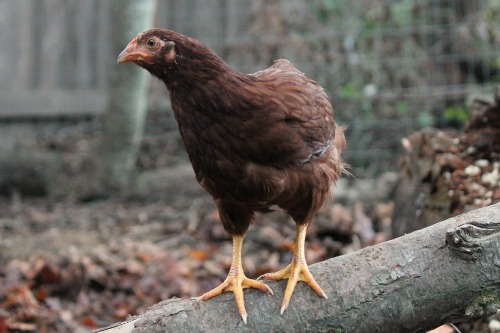 Our baby chicken 5 loves her. 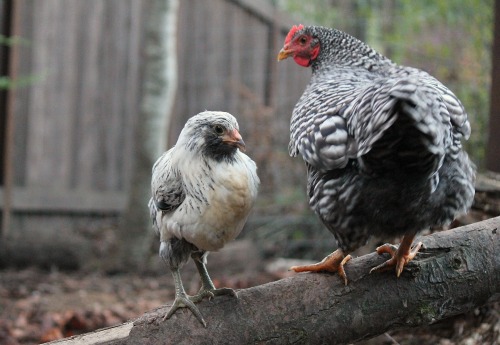 And so does Hilda. 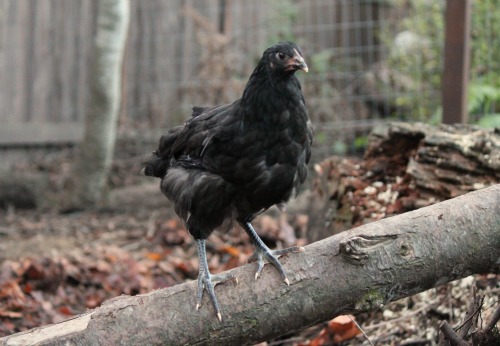 This is Baby Black Fatty.  She is the most loveable bird ever.  In fact if there was a popularity contest in the coop she’d totally be crowned queen. 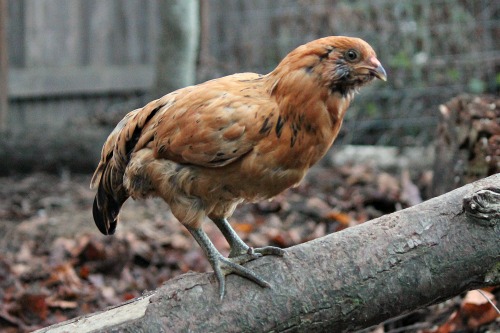 Matilda the glamor girl is feisty and waiting for her big break to fly to coop, for bigger and better things like New York City. 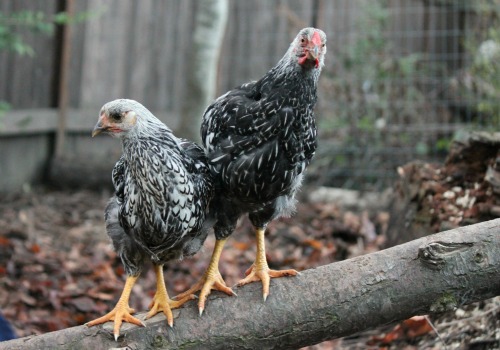 Pablo and Picasso – I still have not found them a home.  I’m kind of hoping Pablo will turn out to be transgender. He/She is so fun to be around. 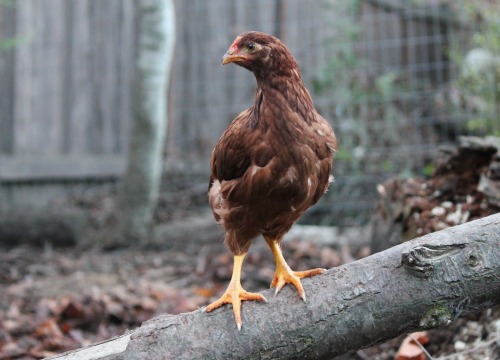 Maroon has been pretty pleasant lately. 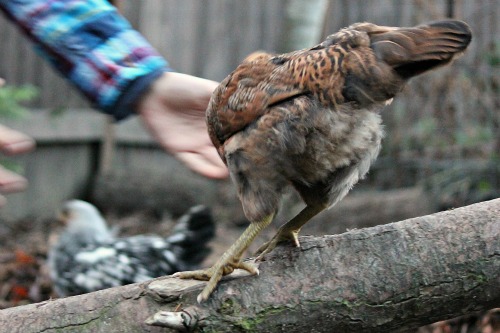 But Peanut, forget about it.  This bird is totally headed up to Girly Girls Coop as soon as she’s old enough.

For the most part, this has been a really great group of birds.

Now, if they would just start laying eggs.

P.S. Did you get chicks this fall?  How are they doing?  Did you end up with any Roos?