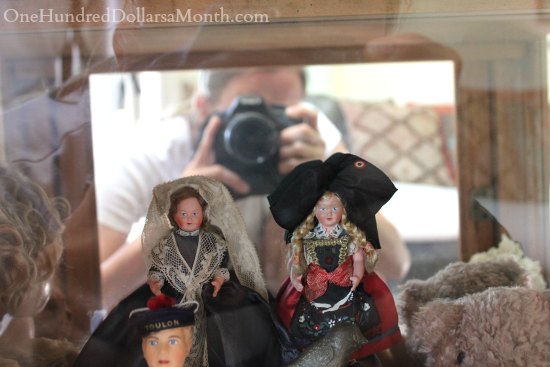 One of the tours my buddies Harriet and Ryan and I went on while we were in San Francisco, was to Matt Gil’s sculptor garden. Oddly enough, I didn’t take any photos of his garden, or his metal sculptors. 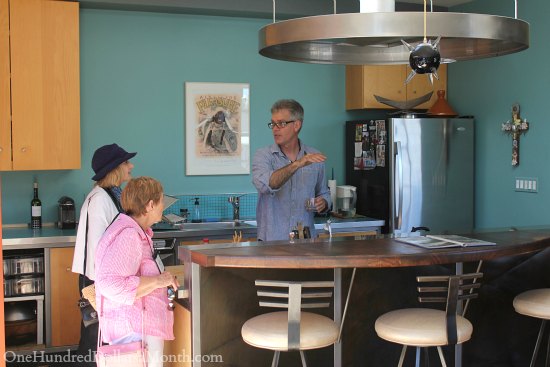 Because I was too busy taking pictures of his house. 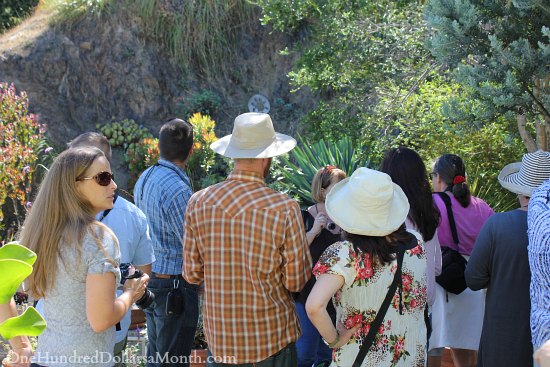 So while everyone else was taking chatting it up with him and talking to the man who designed the garden I was being a weirdo and snapping pictures of his living space. Talk about creepy. 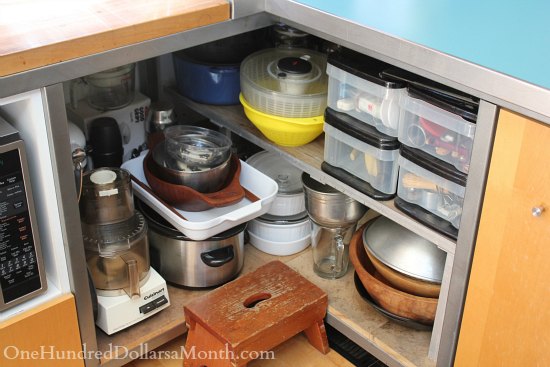 I mean seriously, who walks into a home and garden tour and snaps pictures of common, everyday kitchen appliances? It’s just weird. 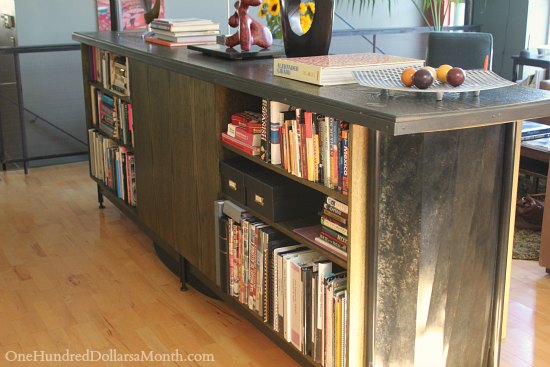 I don’t know if it was the books I was really taking pictures of, or just that I thought his house was cool. 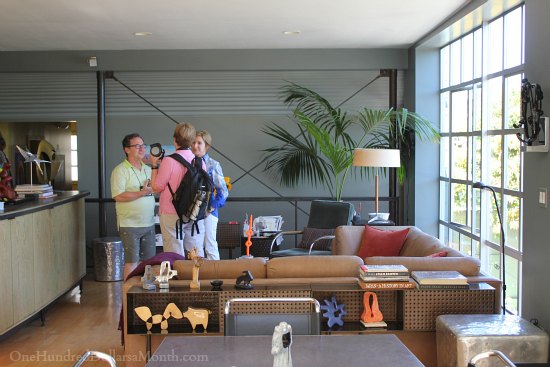 Cool in a sort of an eclectic, artsy {without being too artsy} kind of way. As far as I was concerned, the plants could wait. This guy had stuff to see. 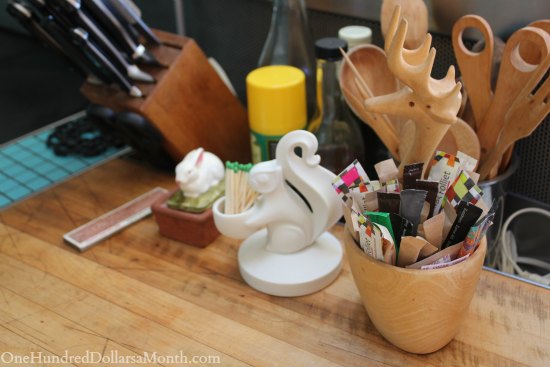 I took 5 pictures of his sugar packets. Which if you look closely, you’ll notice they are from different restaurants.

A. He goes out to eat a lot

B. He totally steals sugar packets.

I don’t know why, but I love that there is someone else out in the world that steals the tall and skinny sugar packets too. {Yes, consider this my confession, I am a tea drinker after all}. 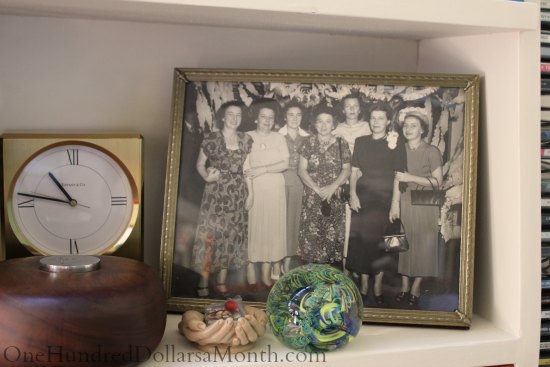 An old family {?} photo in his office. Who are these people? And don’t you think black and white photos show more emotion? 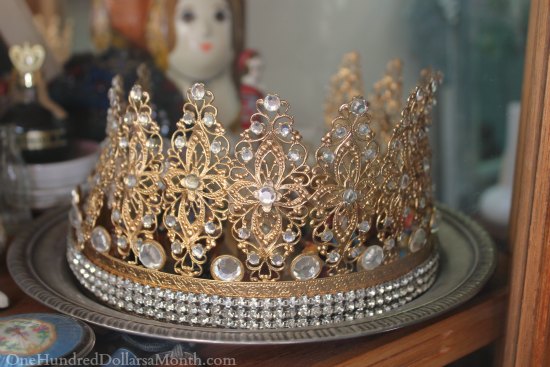 A tiara. I wonder if he wears it? Note to self: I need a tiara. 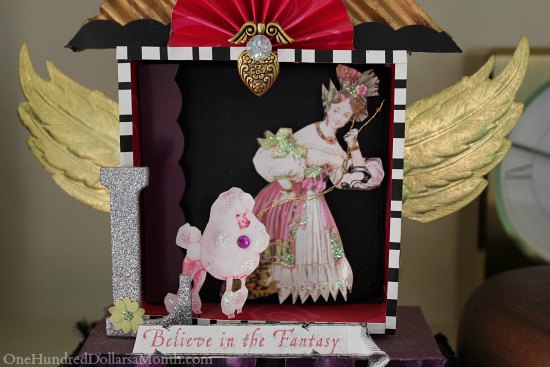 Believe in the Fantasy. I do. 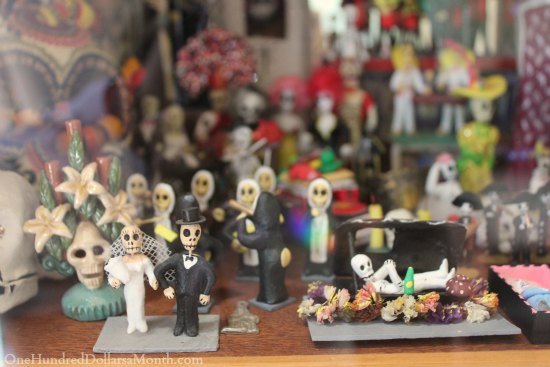 Day of the Dead figurines. 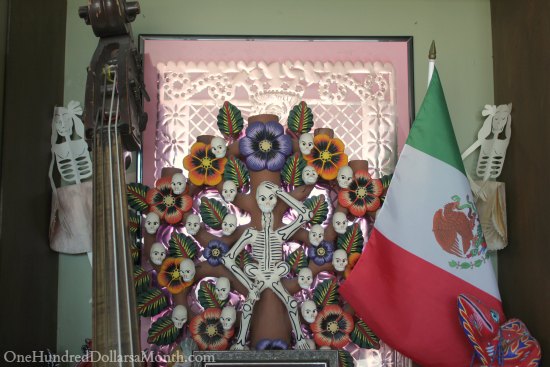 More Day of the Dead stuff. I wonder if this guy made all this or if he bought it? 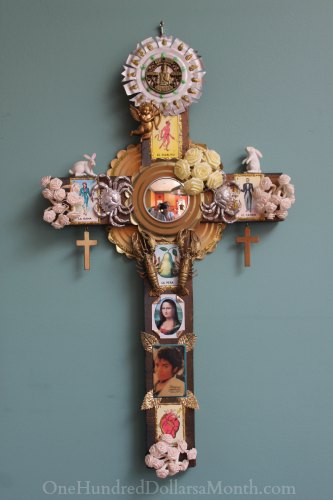 And lastly, a wooden cross adorned with Madonna, Michael Jackson and a pear.

Sometimes the chotskies, are better than the garden. Sometimes.