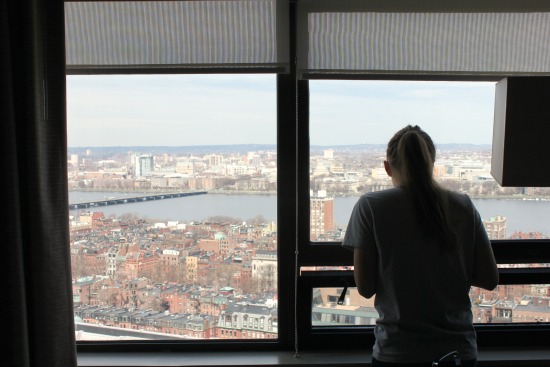 On Sunday night my family took the red eye to Boston. When we arrived at our hotel around 7 am on Monday morning, they were just beginning to set up for the 2013 Boston Marathon.

We decided to go to Boston for Spring break a few weeks prior. I found a sweet deal on some last minute tickets, bought them on the spot and told myself I’d figure out the details of our trip later. {My husband was born just outside of Boston and was looking forward to going back. The kids and I had never been.} 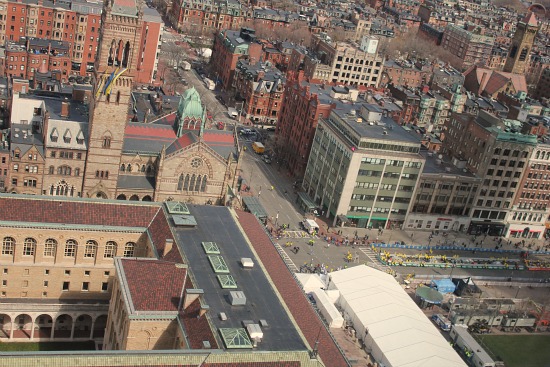 About a week after I booked the airline tickets, I starting looking for a place to stay and found out the Boston Marathon would be happening the very same morning we were set to arrive. The hotel I booked was 1 block from the finish line.

The Girl and I were super excited and talked about watching the marathon daily until we left for our trip. 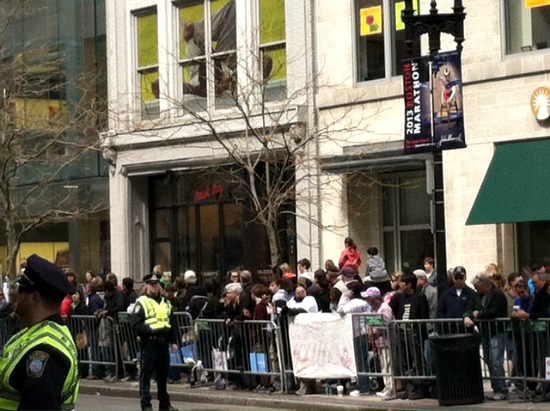 Once we arrived we all took a quick 1 hour nap, then the boys headed off on foot to the Boston Red Sox game and The Girl and I went down to the street to watch the finishers.

I sent my friend Amberlina the above picture from the 100 meter line and sent her a quick text telling her how cool it was to be there. 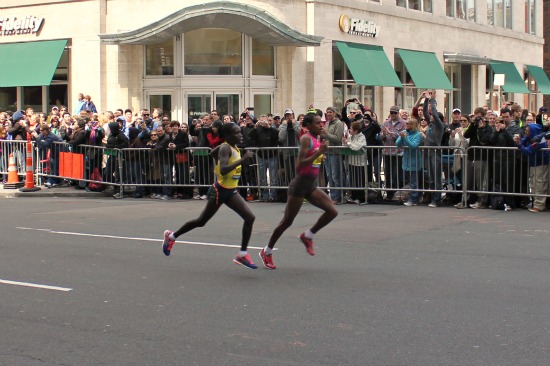 The Girl and I watched the Women and Men’s Elite runners finish. 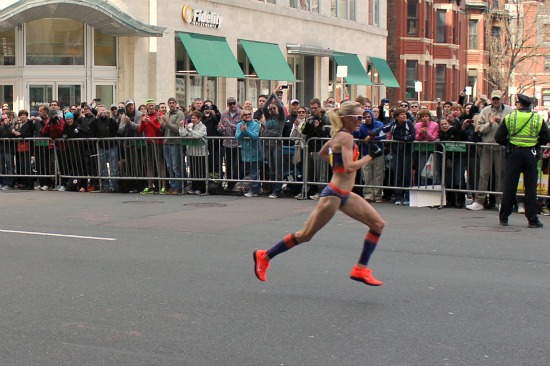 Being there, hearing the crowd cheer, was amazing. Simply amazing. 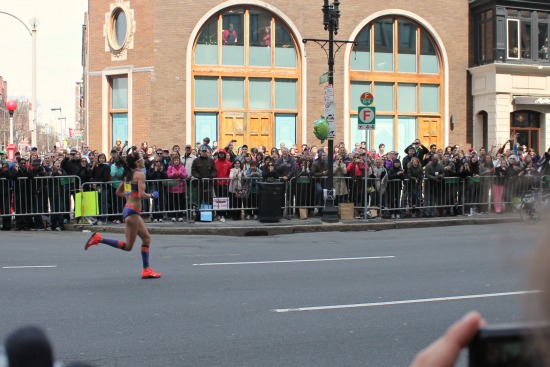 The one thing that sticks in my mind is how happy my daughter looked, and how I said to her “Isn’t this awesome? We could just stand here for hours and cheer them on.”

But we didn’t stay for hours. We left around the 3 hour mark. 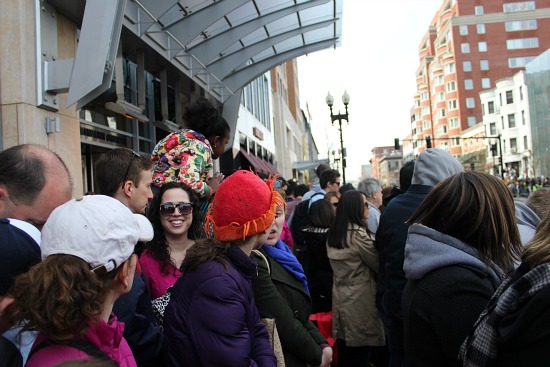 We later found out we were standing right across the street from where the second bomb went off. 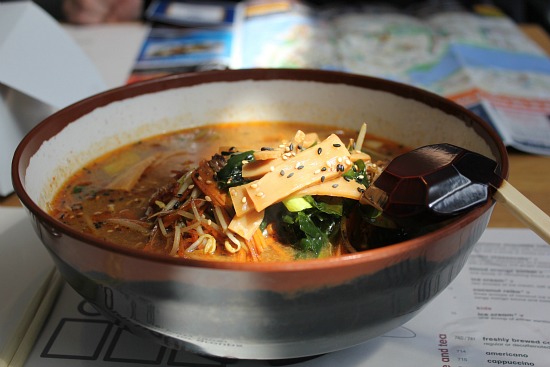 Instead of staying to watch the rest of the race, we ate lunch at Faneuil Hall and then walked to Paul Revere’s House. 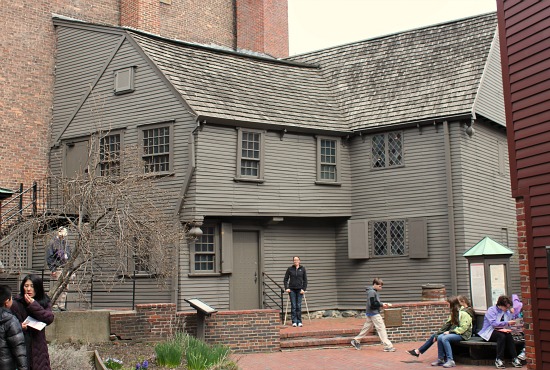 Somewhere along the way we found the Freedom Trail and we were standing in the Old North Church when I got a call from the Handsome Husband at 3:03 pm. 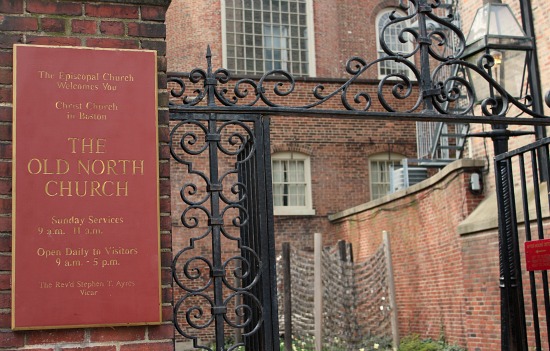 We were in a church so I silenced the call and did not answer.

He called back 2 more times before the call went though.

My husband and son were walking back from the Red Sox game and stopped at the finish line to watch the marathon. The sidewalk was packed with spectators and finishers so they stepped into a department store to take a shortcut back to our hotel.

And that’s when they heard the bombs go off.

They didn’t realize what had happened until they were back in our hotel room and looked outside the window and that’s when they called.

It took The Girl and I about 3 hours before we could make it back to them. The streets were blocked off and the area was in lock down.

Everyone had a dazed look in their eyes and was silent. We were surrounded by the Police, FBI, ATF, SWAT and National Guard. It was like we had just stepped on to a movie set.

It was surreal. We weren’t scared because we were surround by armored vehicles and officers. Oddly enough we felt safe.

I’m not sure if it has really sunk in yet, but it really makes you stop and think about how fragile life is and what matters the most. 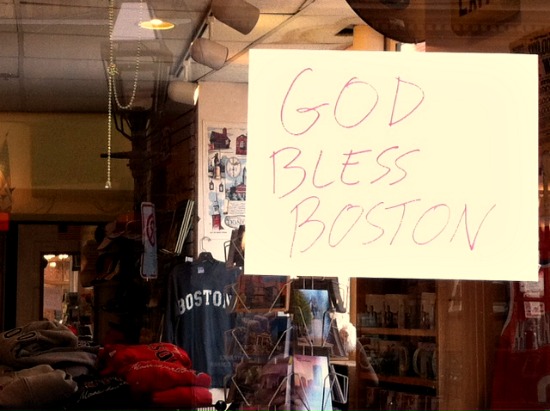 Make your life count. Be happy. Do something you love. Don’t live your life in fear. Tell the people you love, that you LOVE THEM.

Be grateful for everyday you wake up with air in your lungs, because you never know, when it could be your last.