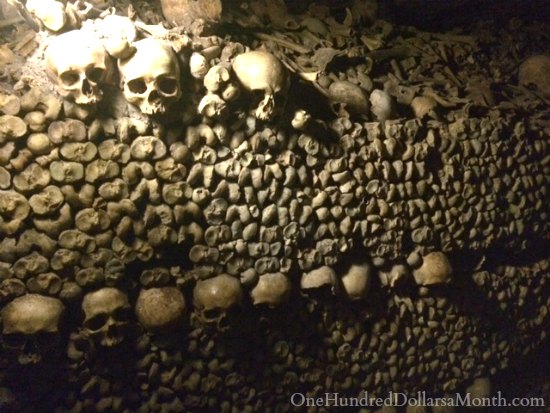 While in Paris last spring, The Girl and I made sure to stop at The Catacombes.   We ended up getting there about an hour before closing and barely made it in, but let me tell you Bob, I am glad we did.  It was eerily worth it. 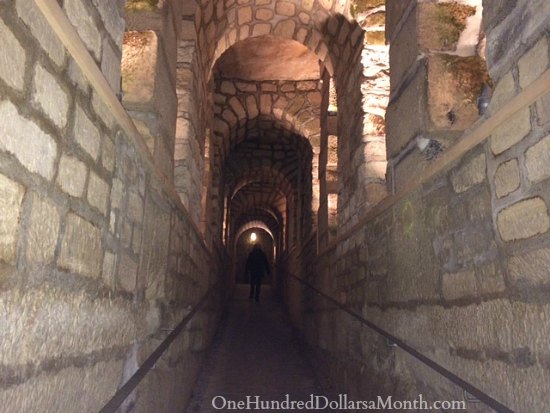 The Catacombes are directly under the streets of Paris, in fact, to this day, they actually limit the structural possibilities above ground.  It’s the reason there aren’t really any tall buildings above the Catacombes–structurally, the ground could not withstand the weight load. 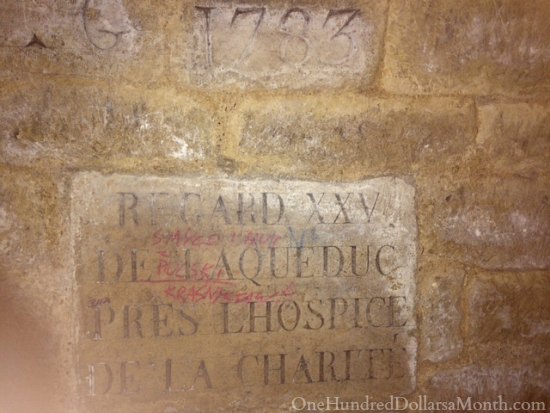 The Catacombes operated as a tomb in Paris beginning in 1786.  It actually began because the Cemetery of the Innocents had started to cause infection problems for the local citizens {that probably says a little something about the times, don’t you think?}.  The Council of State decided to close the Cemetery of the Innocents and move the remains.  At the time, it was decided that unused quarries {now the Catacombes} would make a suitable home for the remains.

In true French tradition, the moving of the remains began, but only by night and with the escort and blessing of priests.  From 1786-1788, they moved the bones in carts to their new resting place.  The Catacombes also began taking the remains of all the cemeteries in Paris in 1814.

Although many of the royals were reported to have visited the Catacombes to quell their curiosity, it didn’t really become a “tourist” destination until the early 19th century. 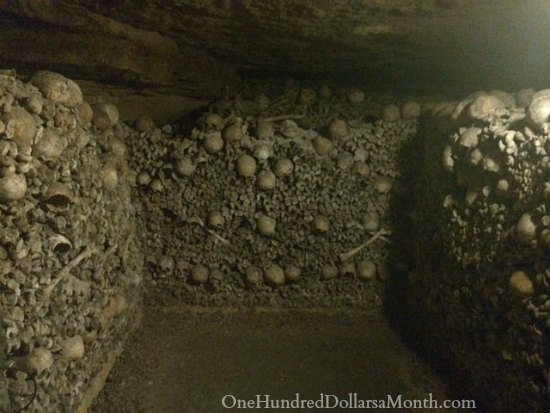 Even though the walls of bones were artfully stacked, it still seemed like something out of a horror movie.  It’s almost hard to believe that these were real people once.

But as with so many things in Europe, it’s part of history, and I’m glad we were able to see it.