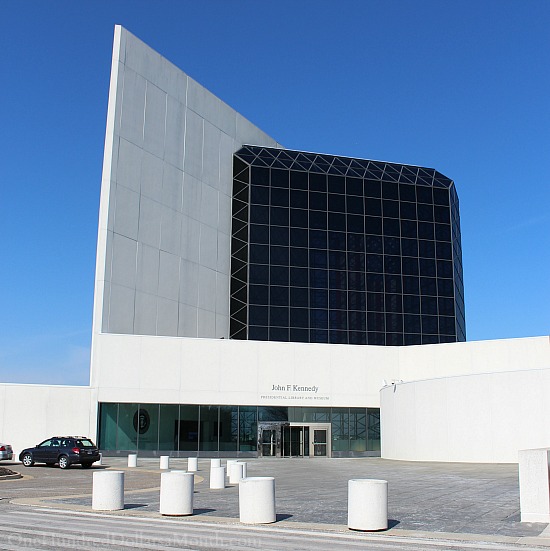 After our stop at the Dorr Mill Store in New Hampshire, and while on our way to that ocean front cottage on Cape Cod, The Girl and I decided to check out the John F. Kennedy Presidential Library in Boston, Massachusetts. 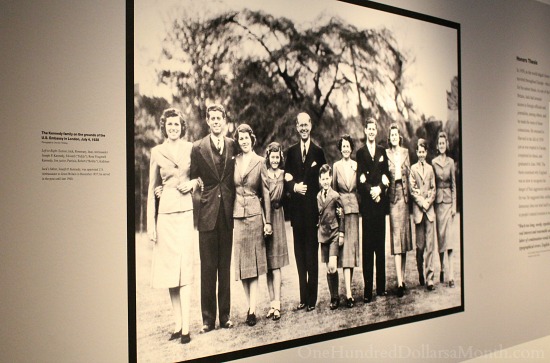 And let me tell you Bob, I’m so glad we did. 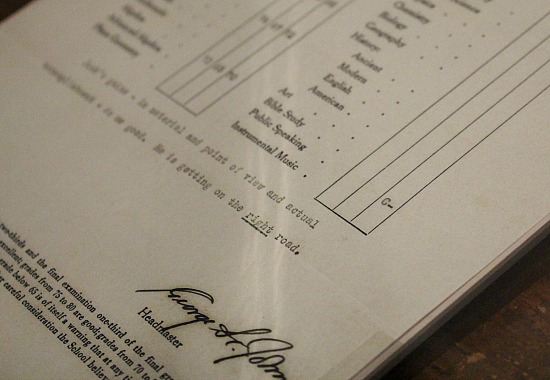 For instance, did you know JFK’s wasn’t that great of a student and his teachers gave him a C- in public speaking? I had no idea.

Campaign buttons. I’ve seen a few of these pop up in antique stores over the years but it was the first time I had seen the little P.T. boat lapel pins. 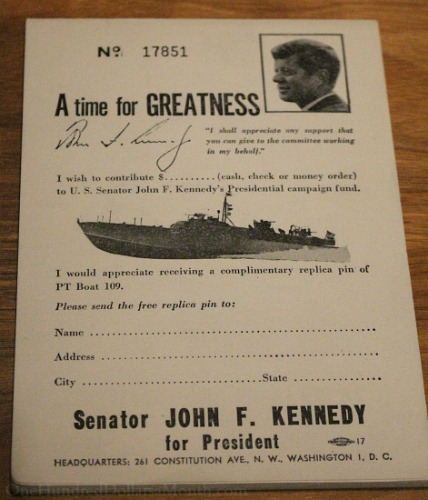 During the campaign if you sent in a donation you could get one in the mail. Now days, you can just buy them on Amazon. 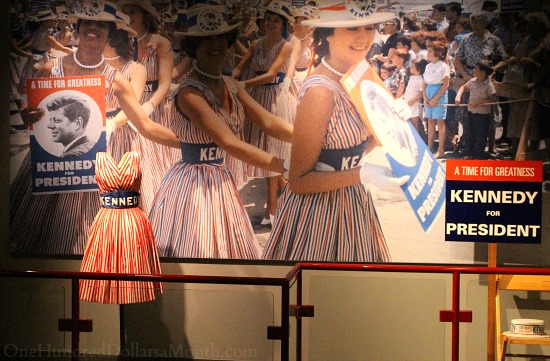 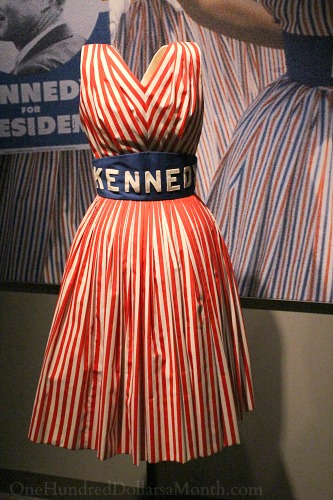 I don’t know about you, but I LOVE looking at old garments. The quality was so much better back then and I was surprised the wool felt sashes were in such great shape for being 56 years old. I wonder if the letters were cut by hand? 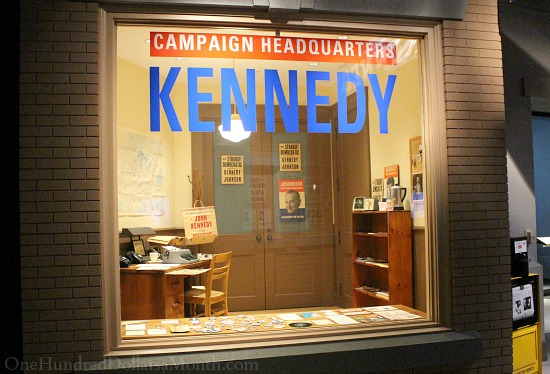 One of the things I really liked about how the JFK Presidential library was set up was all the little storefronts depicting the time period in which he ran for the presidency. This one of course was a mock set up of campaign headquarters. 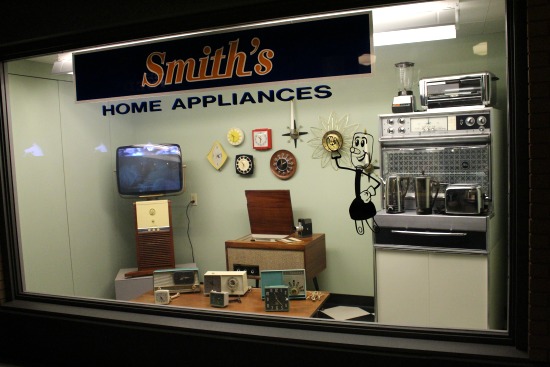 This appliance store was a hoot. I can remember my grandparents having those same bedside clocks, coffee pots, record player and even that brass starburst clock on the wall in their kitchen. 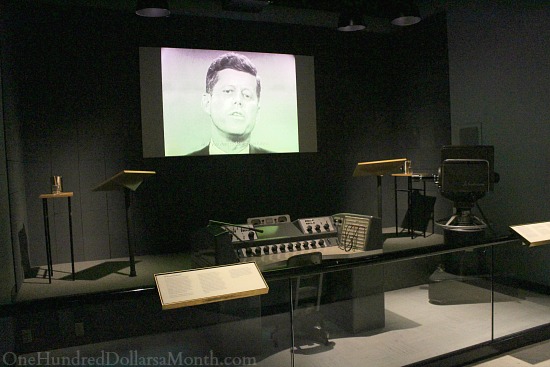 A few other places in the library were set up as a stage for an actual event that took place with video monitors. This of course was from the famous Kennedy/Nixon debate. 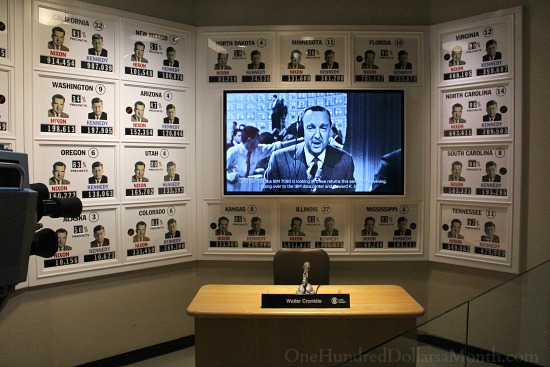 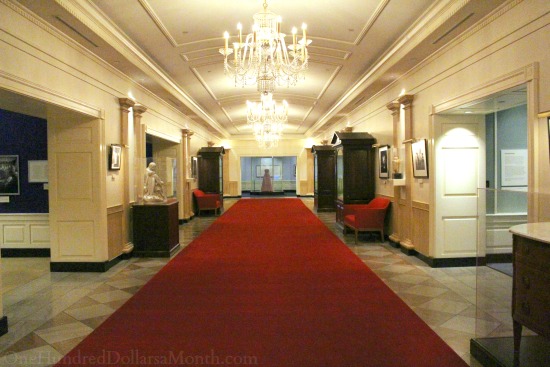 Various rooms were also set up with gifts and famous events that happened at the White House during Kennedy’s time there. Unfortunately I didn’t get too many pictures in this area {even though there were just a handful of people in this area at the time} because there was a man talking loudly on his cell phone THE ENTIRE time talking to his realtor and it was incredibly distracting.

C’mon, who does that? 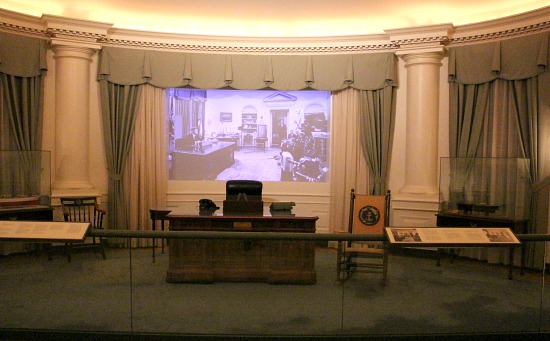 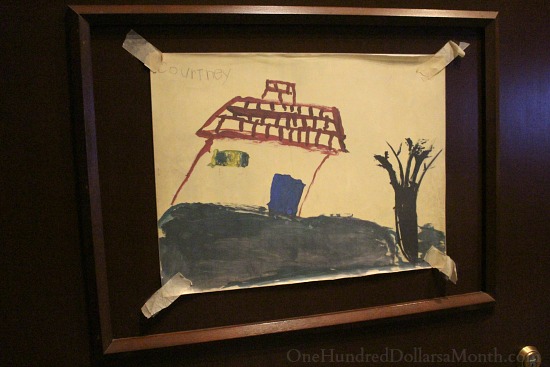 One thing I thought was super cool, was that there was also a room set up as Robert Kennedy’s office {the Attorney General}. They replicated it down to a T.

Including the drawing made by his daughter Courtney. The drawing was laminated and taped to the door. Which made me wonder if was an actual drawing she had made for her father.

Does anyone know for sure? 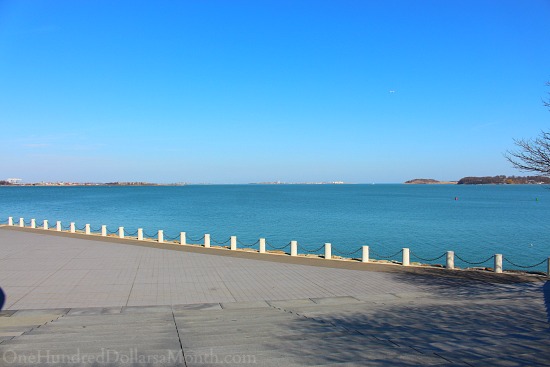 If you are ever in Boston, stop by and take a look around because it was totally worth the $14 ticket price. Just remember to turn off your cell phone before you go in. 😉

Have you been to any presidential libraries? Do you have a favorite?