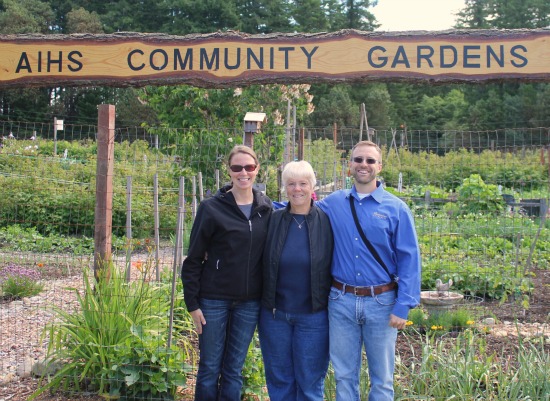 Today Ryan and I took a ferry to The Johnson Farm on Anderson Island.  My neighbor Mrs. Hillbilly and I went to the farm last weekend and had so much fun that I had to take Ryan back and show him around. Sue Huseby {who is totally awesome!} is the current community garden coordinator and she gave us a private tour of the gardens. 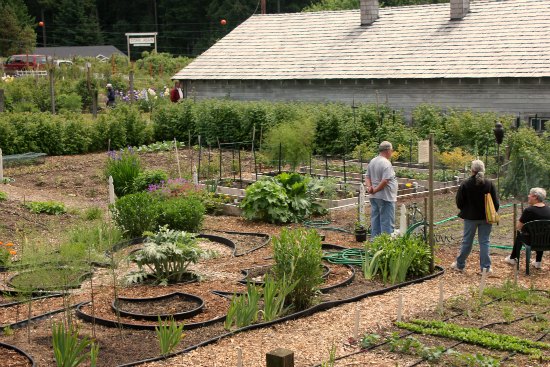 The whole farm is awesome.  While it is no longer a functioning as farm, it is  a community garden, which is split up into 30 individual gardening plots that are leased out for $40 a year. Back in the day it was primarily a chicken farm–with eggs being it’s primary source of revenue.  It’s seriously an amazing insight into more simple chicken farming practices used in the past.  Man-oh-man, sometimes I think I was born in the wrong time.

The Brooder House is where the baby chicks were incubated and then cared for until they were ready to be placed into the larger coops.  The heated incubators were along the sides of the walls, and once the chicks hatched, they were moved to the floor under the brooder.  The center of the floor had a heater to keep the chicks warm. 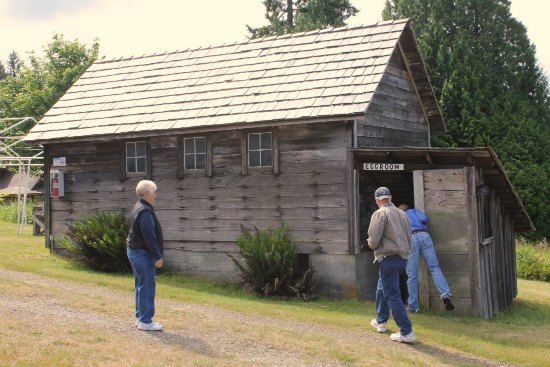 The Egg Room was considered the heart of the farm.  It was where the eggs were cleaned, sorted and packaged {all by hand, until 1964, when they bought an egg washing machine}. 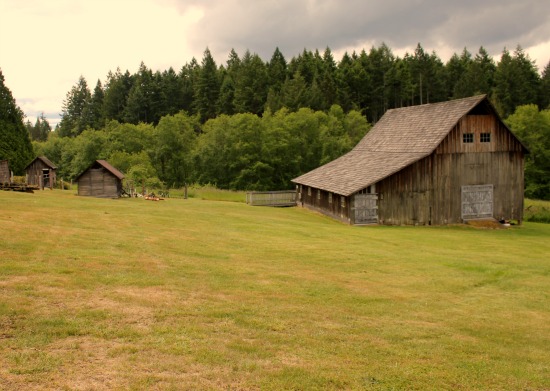 The Barn was built in 1917.  It was called a pole barn, because it is made of poles rather than traditional lumber.  It housed 12-15 cows, which were mostly used for milking and breeding.  For awhile, there was a barn owl who took up residence in the barn, which is worth mentioning because he actually provided the farm with income.  They sold the owl’s regurgitated pellets to the schools for their science labs.  I guess it’s true, in farming, EVERYBODY has to pull their load. 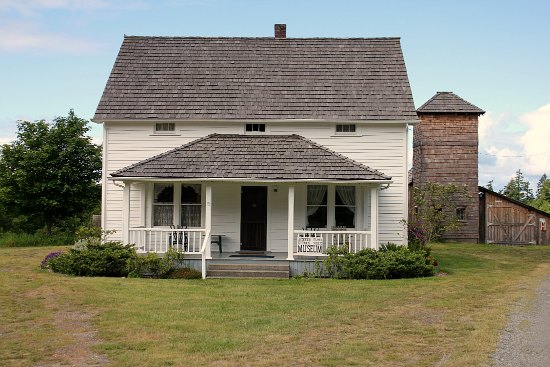 The Tower is kind of the icon of the Johnson Farm.  It was used as the milk room.  A pump from the nearby pond filled an old wooden tank in the tower, providing water.  Inside, there was a huge concrete vault that kept the milk cool once it had been bottled. It sits just behind the old Johnson home which is currently set up as a museum and looks very much like it did back in the day. 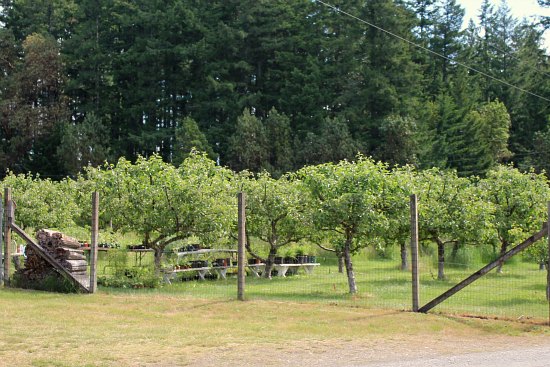 The farm also has an orchard, which still produces apples for juice and apple cider.  It is a later addition to the farm, planted in 1993.  Each October, there is an annual apple squeeze. 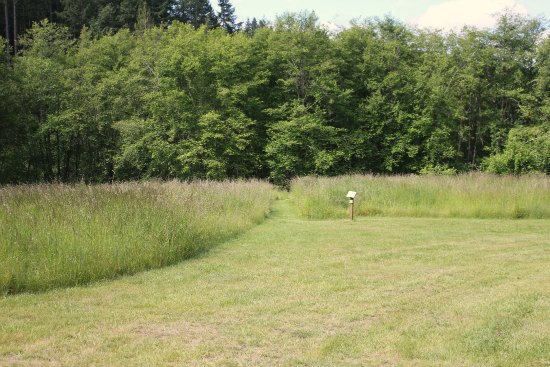 There is also a nature trail that crosses the southern part of the farm.  It passes by ponds, marshy lands, and forested areas–pretty much giving you an overview of the geography of the whole island.

If you every get the chance to go to Anderson Island, be sure and stop by the Johnson Farm.

Thanks Sue and Bill for the tour!