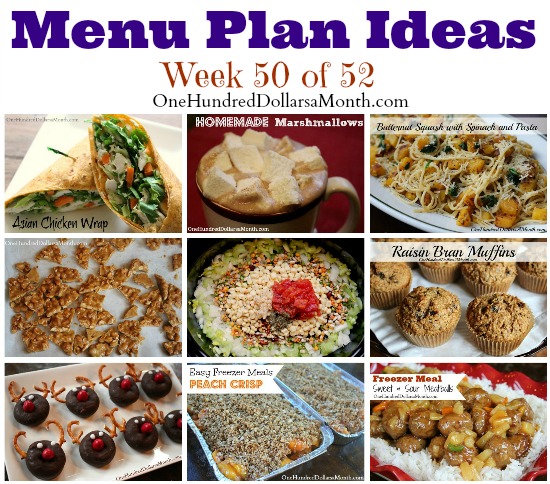 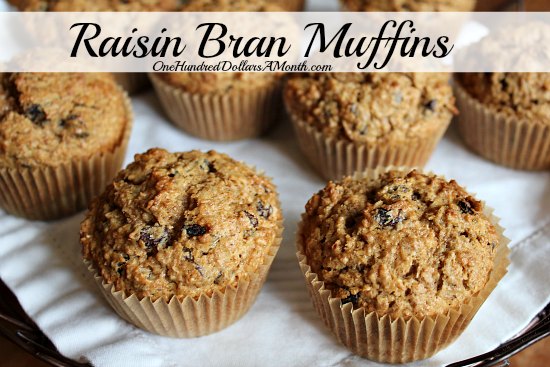 Strawberries and Cream Baked Oatmeal – I love baked oatmeal.  It takes on a whole new, less gooey texture, and is so satisfying.  {Pin for Later}
Baked French Toast – I must be in the mood to fire up the oven as the weather has cooled, because I feel like baking every meal–it turns every meal into comfort food.  {Pin for Later}
Raisin Bran Muffins – Don’t let these fiber packed muffins fool you…they are delicious.  {Pin for Later}
Mini Quiche with Bacon – Mini quiche are the perfect brunch food.  They are easy to serve and even easier to eat.  Incidentally, these are just as delicious for dinner.  {Pin for Later} 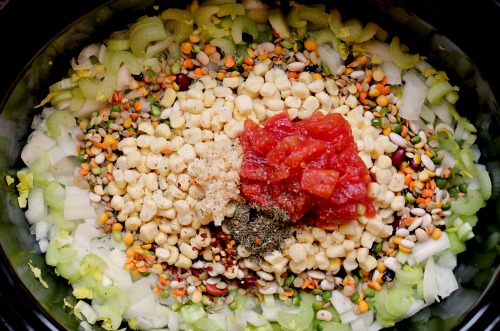 Savory Chicken with Tomatoes – This recipe takes all of about 5 minutes to throw together…and then another 5 minutes for your family to scarf it down when it’s done.  {Pin for Later}
13 Bean Vegetarian Soup – This is another cheap protein-packed meal that makes itself all day in the crock pot while you do things that are a heck of a lot more fun than slaving over a hot stove.  {Pin for Later}
Freezer Meal Peach Crisp – I love having a couple of these on hand this time of year.  If we get invited to a late-notice potluck or have impromptu company, I’m prepared.  {Pin for Later}
Sweet and Sour Meatballs Freezer Meal – I could drink the marinade that goes on these meatballs–so yummy!  Plus, it gives me an excuse to make rice, which I could personally eat for every meal.  {Pin for Later} 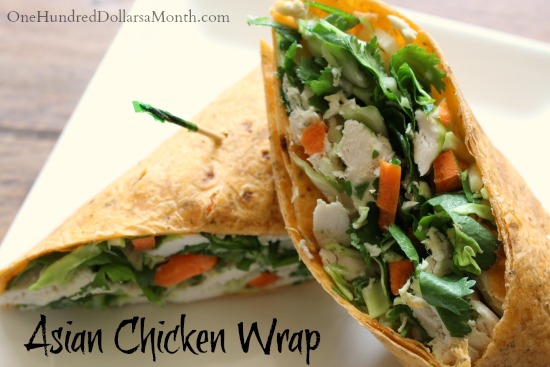 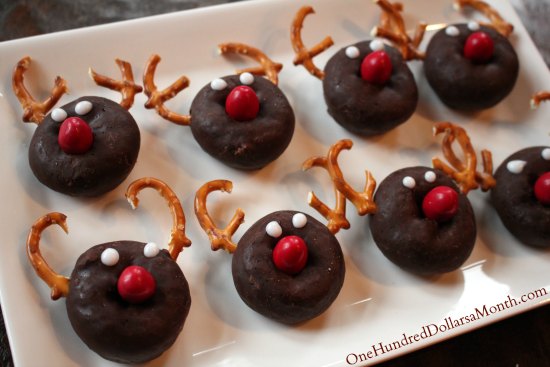 Christmas Reindeer Donut Bites – If you are looking for a fun classroom treat {that takes almost ZERO time}, look no further.  Kids will love these.  {Pin for Later}
Homemade Marshmallows – The kids will think this is the coolest science experiment ever, and you will have uh-mazing marshmallows for your hot chocolate. {Pin for Later}
Hershey Kiss Candy Mice Ornaments – These fun little treats make perfect gifts for the kids to give to their friends.  {Pin for Later}
Microwave Cinnamon Peanut Brittle – Yep, you read that right, you do this whole stinkin’ recipe in the microwave.  Don’t worry, though, it doesn’t sacrifice on taste one bit.  {Pin for Later} 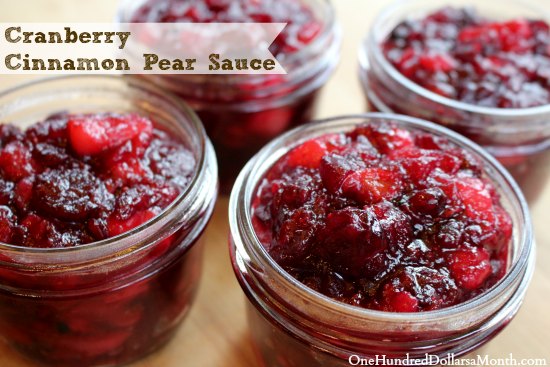 Preserving Recipe of the Week

Cranberry Cinnamon Pear Sauce – This is the perfect make and freeze until needed cranberry sauce.  It is super tasty, and it will be one less thing you have to worry about Christmas day. {Pin for Later}