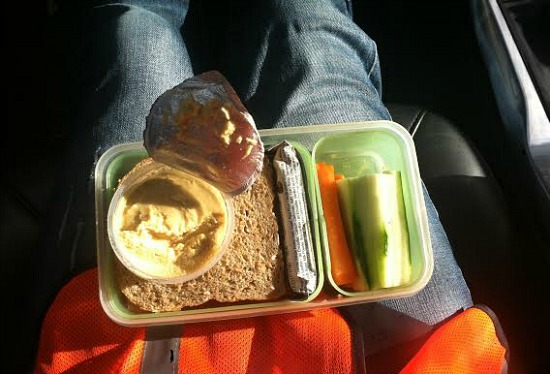 For the most part, I had a good time working at a warehouse this past holiday season {and no, I won’t be saying what major retailer I worked for}. I specifically wanted to find a seasonal job that did not deal with the public and that I had no experience doing before. I meet several really nice people and enjoyed their company. I wasn’t there for the money {although I did save every paycheck to go towards a long term project I have planned for 2018}.

I worked 4 days a week and an average of 28.4 hours a week over the 5 week period and was paid $13.25 an hour {which, I thought was pretty good considering it was for unskilled, temporary labor}. I was also invited to continue working for the company after the holidays. I declined.

All I wanted was a temporary job, but I LEARNED SO MUCH. Everything from “how to pack” a semi truck with boxes, fulfilling orders, using a pallet jack, to what people spend their paychecks on. {As it turns out… a lot of cigarettes, energy drinks, fast food and $800 phones}.

I was feeling pretty cooped up here in suburbia {and had been for months} and just really wanted to put myself in a different environment for a bit so a seasonal job seemed like a good idea. And it was. Until it wasn’t. 😉

The sheer amount of time being wasted by employees performing stupid/senseless tasks, walking around trying to look busy {or just standing around talking non stop for that matter} was astounding to me. The fact that supervisors continually did not redirect people {or send them home immediately when the work was done for the day} was mind boggling to me as well. And as it would turn out, proved to be the most difficult thing for me to accept.

A good example: It takes 3 people to “load” a semi truck. 1 person to put the items on the conveyer belt, and 2 people to take the items off the belt and stack the items in the truck.

On my last day working in the warehouse, there were 9 people attempting to look like they were loading {a minimal amount} of boxes onto a conveyer built. A job, that only takes one person to do. I didn’t get it. Well, that’s not true. I did get it. I understood that my definition of a good work ethic was totally different than many of the people who had temporary jobs there.

And I also knew, it didn’t matter to the higher ups. After all, this was only a temporary job, and the company was happy to hire anyone that could pass a drug test and show up on time. I don’t know why, but it made me CRAZY. It still makes me crazy just thinking about it. It made me want Dwight Schrute to walk in and take over as supervisor. 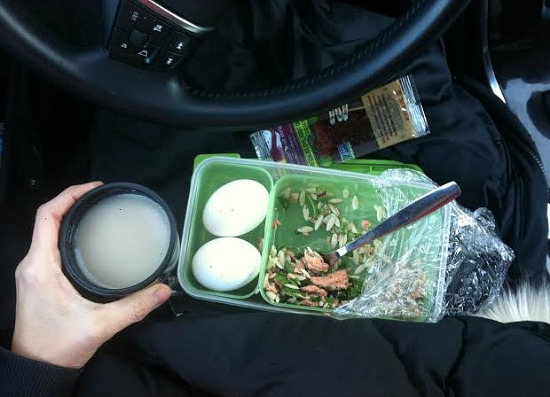 I feel like whatever occupation you chose to do in life should matter. Have some meaning. Bring you some sort of satisfaction whether it be in the form of a day’s hard work, a paycheck, the fact that you really enjoy your coworkers, your surroundings, whatever.

Is that even realistic? Have I lost my mind? Am I missing something? 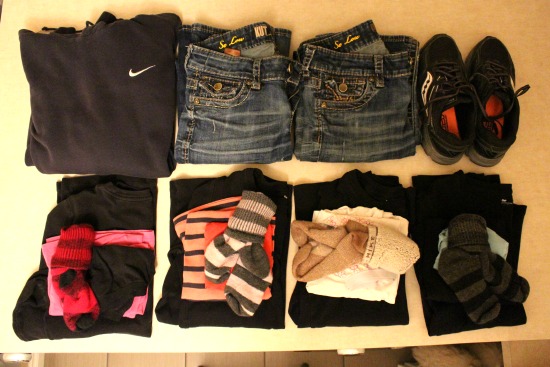 But, like I said earlier, I learned so much. So I feel like taking on a seasonal job was worth it in the end.

You can’t always judge a book by it’s cover. But when in doubt, go with your gut.

Moving boxes all day is hard work! Just because you can physically do something, doesn’t necessarily mean you should. Especially if you have to pop 5 ibuprofen a day to do it.

Meal planning/prep should be a necessity if you work outside of the home. Freezer meals are the bomb diggity and husbands CAN be taught how to use the oven.

Naps. Naps are huge. Take them on your days off.

I worked an average of 4 days a week and on my 3 days off I used one as a catch up day {laundry, housework/grocery shopping} the second day as a meal prep day and on the third day I wrote blog posts most of the day with a three-hour break in between for a long nap. 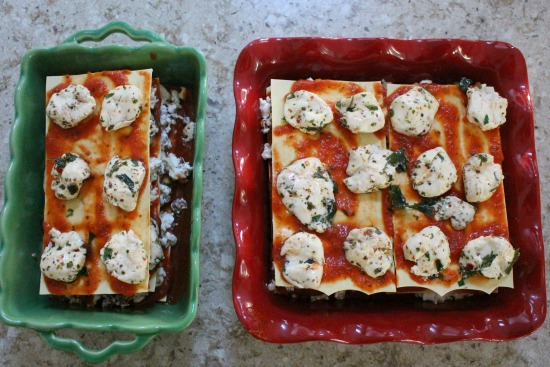 There were SO MANY things I wanted to say/teach/point out/offer advice on to some of my co-workers on how they could be saving money {from witnessing all the lunch/fast food bags, cigarettes, energy drinks, daily Starbucks, they were bringing in as well as when they would talk about what was on their Christmas lists/layaways} that I stopped eating in the break room because I didn’t want to seem {I don’t know what the right term is here…. ummm like I had it figured out} I just wanted to fit in. I tried a few times {but gave up} because my little {and I mean tiny} bits of advice were not received well at all.

Working outside of the home for the first time in 20+ years was interesting. It made me appreciate how lucky I am to have the opportunity to work from home, to set my own hours, to work around my family’s schedule, and having a job that is FLEXIBLE is totally a win-win.

Yet, even though the HH {pretty much} told me I should quit every single day I went work, I enjoyed getting out of the house. I just don’t think I would want to make it a full time thing again. Because I already work online, I’m guessing a part-time gig like 2-3 days a week might work better with our family dynamics {and Lucy}. I think in the future I would really LOVE working part-time at a scratch bakery, or a garden center, or volunteering at our local library. Something to get me out of the house a few days a week. Something useful. Something with purpose.

P.S. I’d LOVE to know what the best job you ever had was.