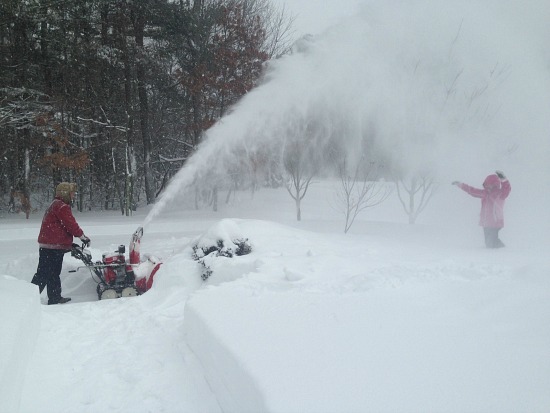 So it’s been a pretty wild winter. I just heard Portland got over a foot of snow last week which is unheard of and Idaho had more snow than they’ve has since they began keeping records! Our weather in the Pacific Northwest {and across the country in general} has been nuts. There is snow on the ground in every single state except Florida. 49 states have snow on the ground. Wow. That’s a lot of snow. And with that unprecedented snow came a lot of storm warnings. And when people hear storm, they apparently clear shelves of milk, bread, eggs and toilet paper.

But why is that our go-to? Why is there a mad dash to stock up on such specific items? Seems like some odd choices given that many storms knock out power for an extended period of time. Why are we grabbing things that have to be refrigerated? Why not apples, chips and Oreos? 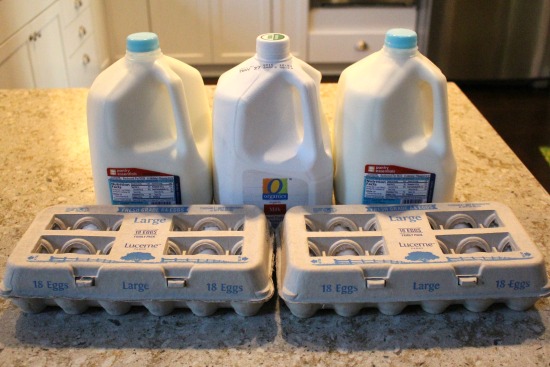 All across the country, the shelves are bare down the same aisles. But it might be a certain part of the country that kicked off the hoarding of those random items.

According to AccuWeather.com said that New Englanders can take at least some credit for the purchasing of milk and bread prior to the storm. “It was the monumental blizzard in 1978 that trapped many in homes for weeks that gets at least some credit for the current tradition,” the site reported.
A CNN story on the bizarre tradition said, “The need to stock up on perishables has led to some creativity. There’s the French Toast Alert System, which according to its site ‘has been developed in consultation with local and federal emergency officials to help you determine when to panic and rush to the store to buy milk, eggs and bread.'”
The site rates storms from low to severe.

That is awesome! So now I’m curious as to what YOU stock up on before a big storm? If the weatherman gave a warning, what would you clear the shelves of? Do you have an emergency kit? Have you ever survived a super storm?

I’m off to weather the storm of life,