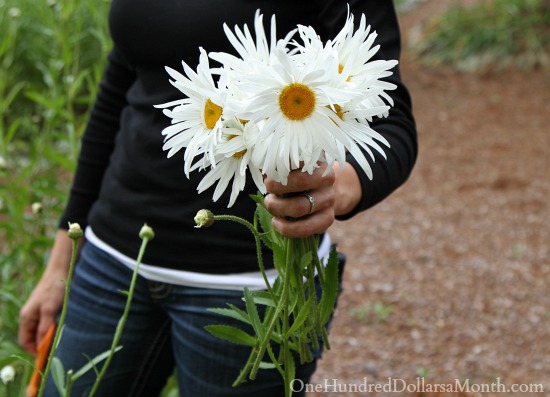 Well, we survived the most controversial Presidential election in the social media age, and many didn’t come through unscathed. Many friendships were ruined, rifts in families were created, and divorces even occurred {seriously!}. But it’s not just about politics. I’m starting to think we no longer know how to disagree with others, or we are now of the belief that disagreeing with others is a bad thing.

Our country has survived, thrived really, for hundreds of years with a whole mess of differing beliefs, opinions, ideals. Why now does it suddenly seem like continuing that tradition is an impossibility? Is it because of social media? Are those differences more vocalized now? Is it easier to disagree {often times harshly} with others from the safety of a keyboard? Does the shield of a screen somehow embolden people and cause them to speak their true feelings or does it cause them to be harsher than they otherwise would?

I don’t think people treated each other with kid gloves before the internet age, but I do think we were kinder, gentler with our disagreements. So the question becomes, how do we disagree? How do we deal with people whose opinions differ from our own? How do we kindly treat one another when we think their ideas are nuts and they are dead wrong? How do we deal with people who think THEIR opinion is the RIGHT {and only} opinion and won’t stop complaining or badgering or trying to convert you to their way of thinking? How do we disagree in a digital age?

I certainly don’t have all the answers, so I’m super curious to hear from you. To me it seems simple.

1. Determine Your Deal Breakers: I’ve come to my opinions based on my experiences, my research and my upbringing. I’m going to give you the benefit of the doubt and assume that you have, too. It’s okay if your opinions are different than mine, and we can go on co-existing and being friends and hanging out, as long as those opinions aren’t deal breakers for me. My definition of a “deal breaker” might be drastically different than yours. Maybe you can’t stand people who like the color red. I mean, it might make for a sad existence and a small social circle, but if that’s where you draw the line and it makes you enraged each time you are around a red-loving person, make that your deal breaker. Of course, deal breakers are normally much more serious, but I hope you get my point. Basically, know your limits. But also remember that it is sometimes really refreshing to be around people who disagree with you, so don’t make that your deal breaker. Some of my greatest life experiences have occurred surrounded by people of differing beliefs and opinions.

2. Be Kind Regardless: If you’ve spent your life championing a certain cause, chances are, you aren’t going to be besties with someone who has spent their life championing the opposite. That’s okay. You can still be civil to each other. You can despise everything someone stands for and vehemently disagree with them, but that doesn’t mean you need to be cruel. It accomplishes nothing, and chances are, you won’t feel better at all afterward. There’s a quote I love by Henry James that says, “Three things in human life are important: the first is to be kind; the second is to be kind; and the third is to be kind.” It really is as simple as that sometimes.

3. Remember That Even Idiots are Entitled to Opinions: And this is where I struggle most. The idiots. You know how I said that I give most people the benefit of the doubt that their opinions are based on experiences, research and upbringing. There are people who spout nonsense I think for the sole purpose of spouting nonsense. Or just to enrage. Or just to stir the pot. Or just because they are idiots. I have trouble walking away without going off because it seems their opinions don’t have a shred of merit and that they themselves don’t even know why the believe them. But I know that’s exactly what they want. They want to poke the bear. So I won’t engage. But man do I want to sometimes!

Talk to me,
~Mavis