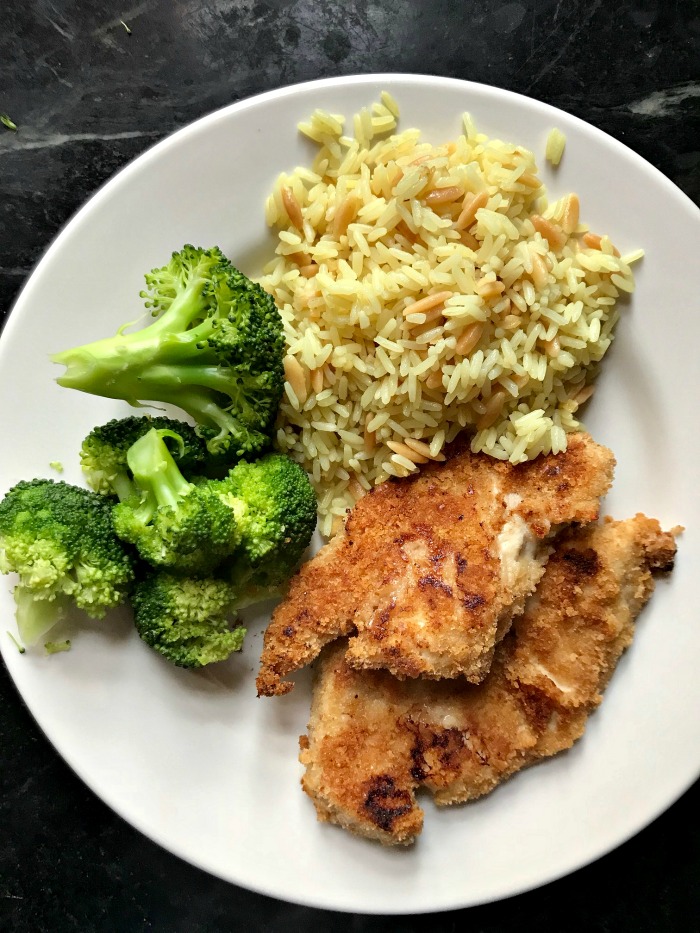 The week started off on a high note…. On Monday, I made Ritz cracker chicken with a side of rice and steamed broccoli. It was delicious. 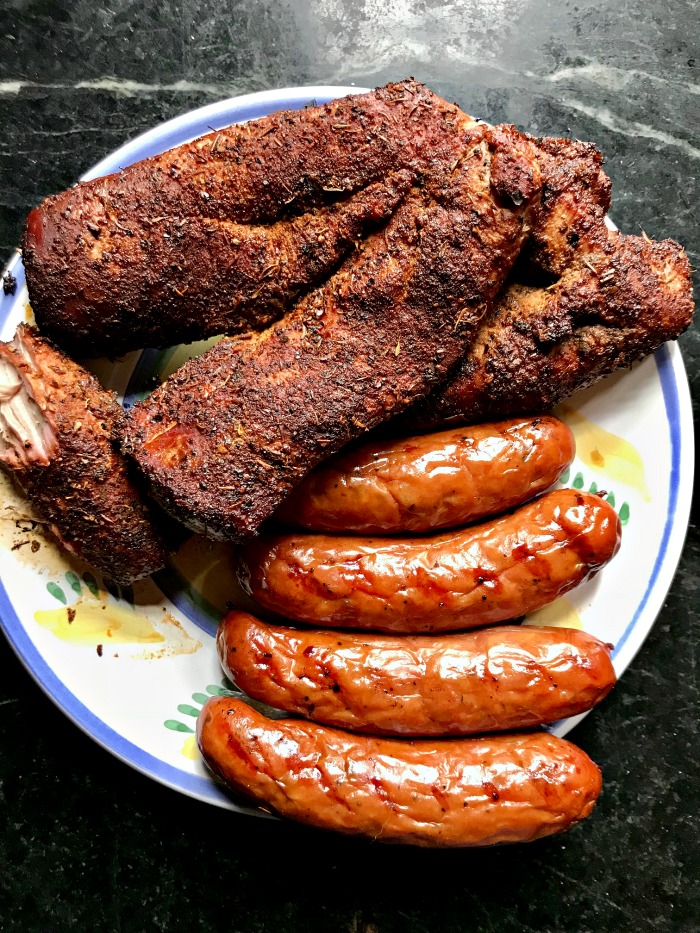 And then, the HH decided to fire up the smoker. {Again!} What is this, like the fourth time in four weeks? OH MY WORD. Someone needs to stop him. At this rate, we’ll be living out of a covered wagon and he’ll be shooting critters and I’ll be wearing a prairie dress because smoking meat over a camp fire in the woods is the obvious next step… right? 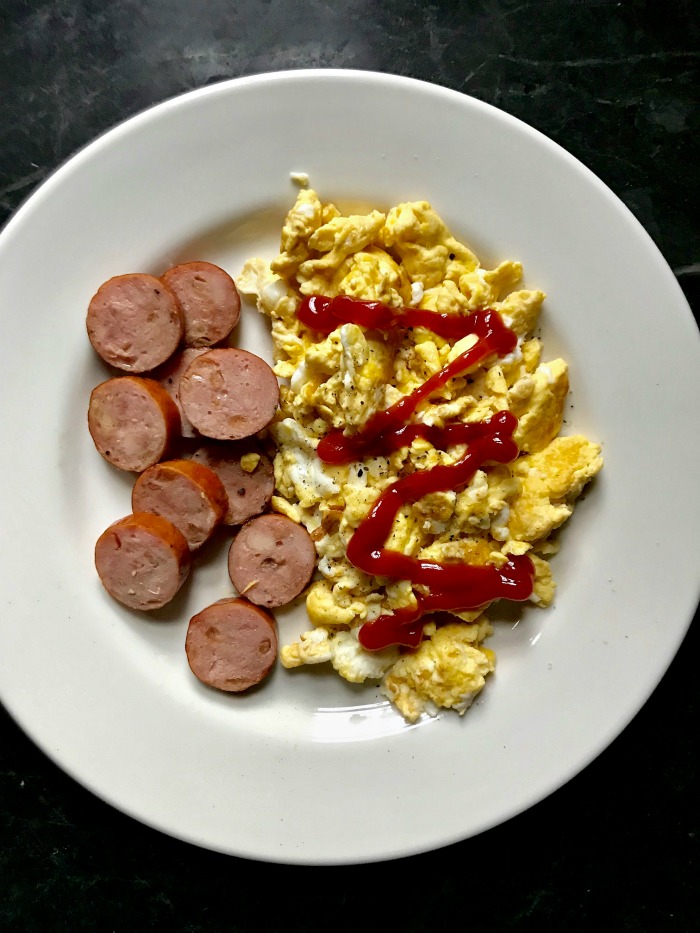 Eggs and weenies for breakfast. 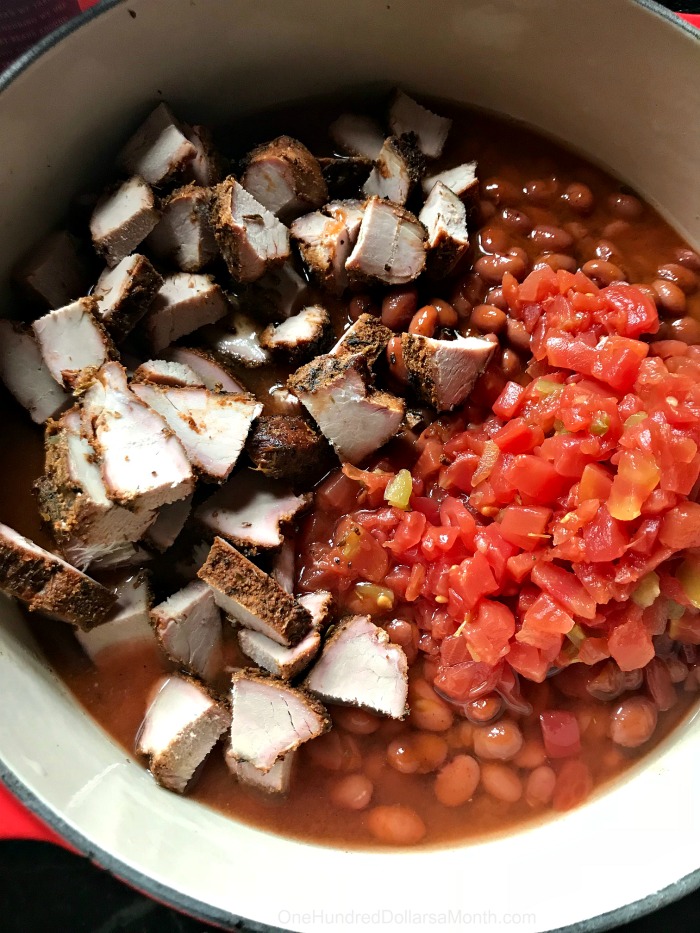 BBQ chili for dinner… 2 nights in a row! 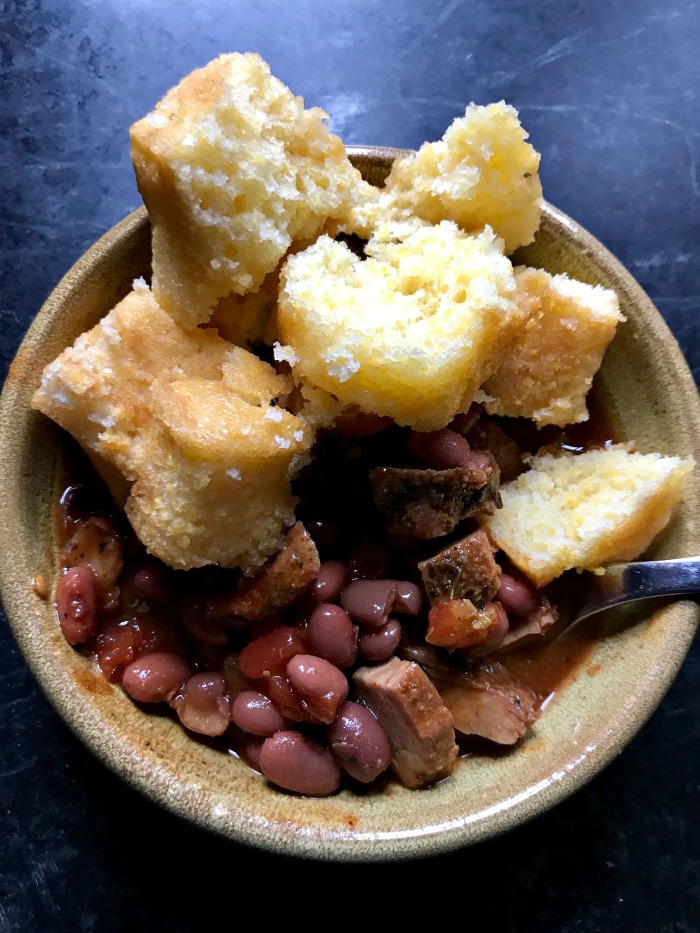 How does one make leftover BBQ chili you ask?

Simmer on low for 3 hours and serve it up with a little corn bread on the side. 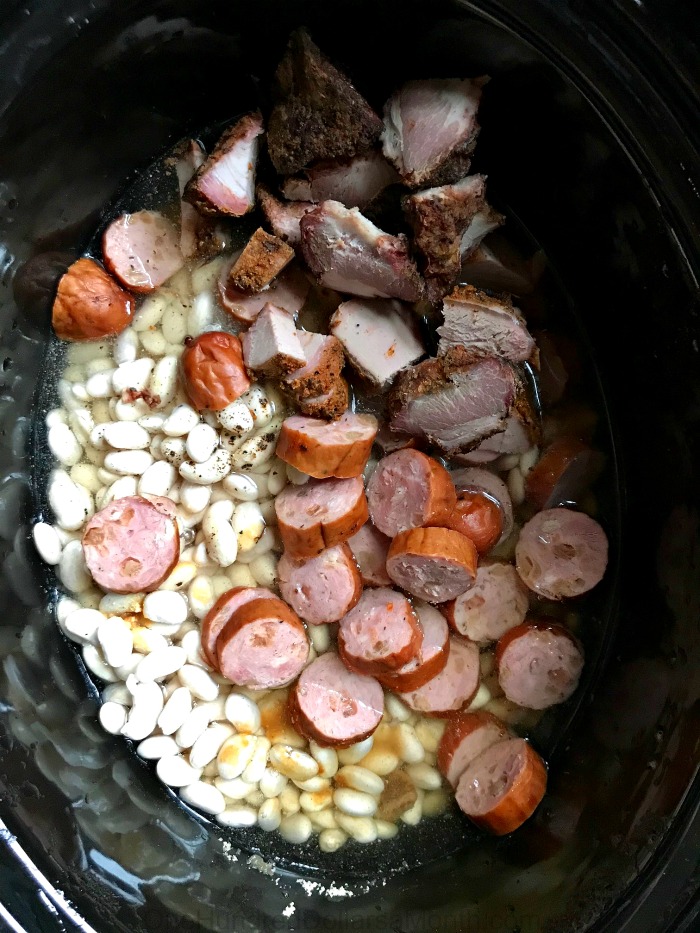 But wait, there was STILL some extra BBQ sitting in the fridge after eating it for dinner 3 nights in a row and when I asked the HH what he wanted me to make with it, he replied, “those beans you made last week…. those were really good.” 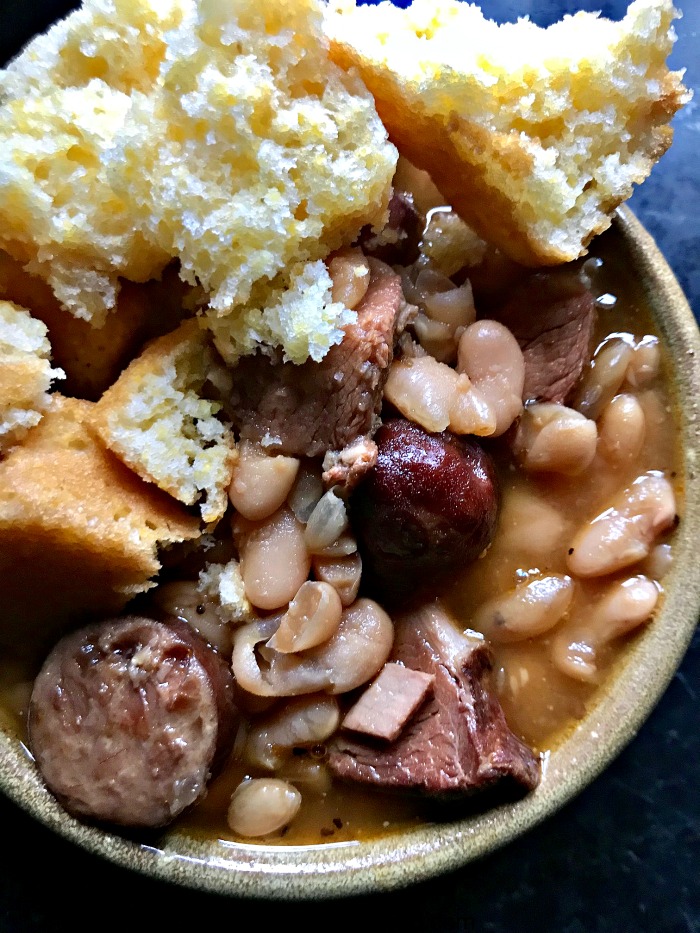 And so this time {since so many people asked if it was possible} I tried the recipe in the Crock Pot. And the end result? They didn’t turn out as good as the oven baked version. In the oven baked version, you uncover the dish and cook for an additional 45 -60 minutes so the sauce can  thicken.

And well, in a Crock Pot, you can’t do that and so the beans were a little on the soupy side. They were still good, but we decided we both prefer the baked version better. Saturday night beans, two nights in a row, right after having chili for the previous two dinners… I wouldn’t recommend it. 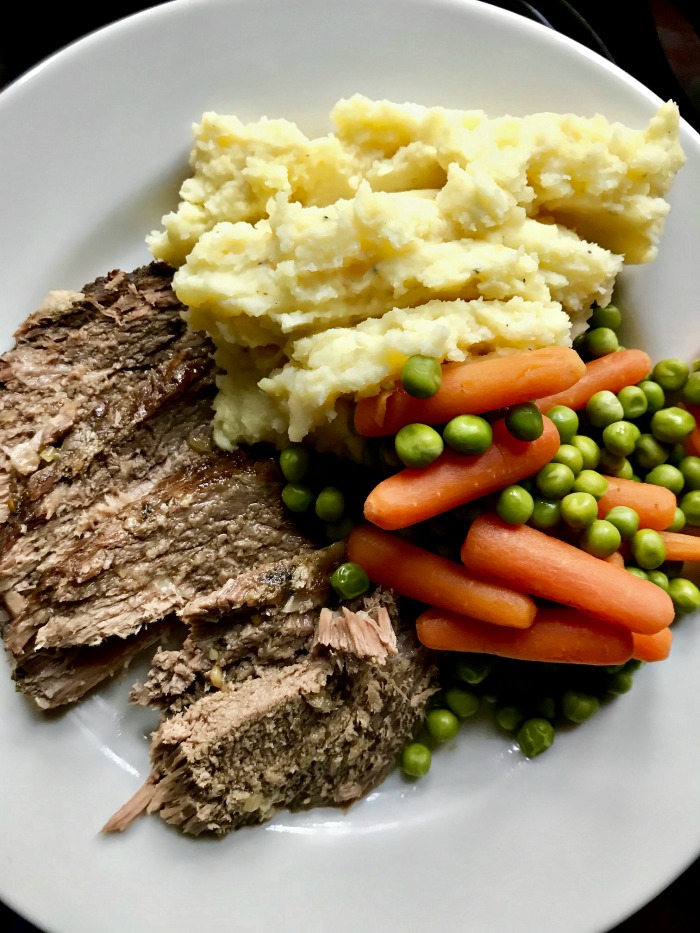 And if eating ALL THAT MEAT wasn’t enough…. Yesterday I threw a roast in the Crock Pot because I was going to be gone all day at an art class. I should have turned the dial to high instead of low because the meat didn’t turn out {fall apart} the way a pot roast is supposed to and dinner not only looked, but tasted like institutional food. Not to self: peas and carrots… never a good idea.

Oh well. Every week can’t be a winner. Some weeks have a cowpoke theme, and others {like this coming week!} will be a salad extravaganza. Because seriously, a girl can only handle so many beans and weenies.

Have a wonderful day Monday everyone. 🙂 🙂 🙂 Hide the BBQ’s!

Total Spent on Groceries This Week $0