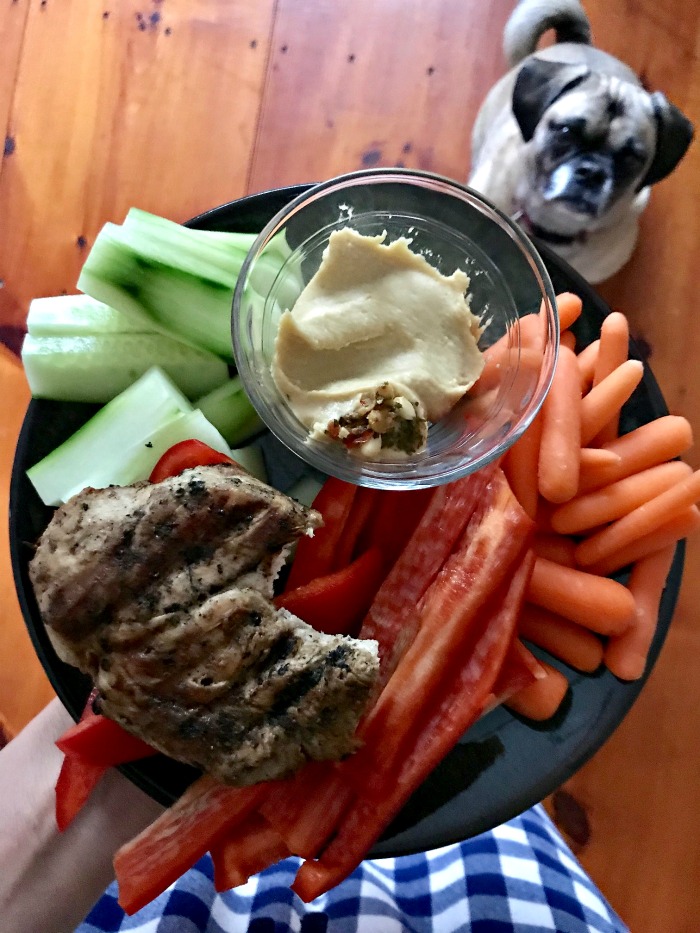 I don’t know what it was like at your place, but last week was leftover city at ours. SO MUCH BBQ! Gaaa. I think we finally finished it all and maybe, if I’m really lucky, we can eat salads this week instead. Of course I say that now… but then again I didn’t have to cook a single meal last week so who am I to complain. Right?

But still, I think I’ll still scribble out salad greens on the HH’s grocery list and see if I get lucky. 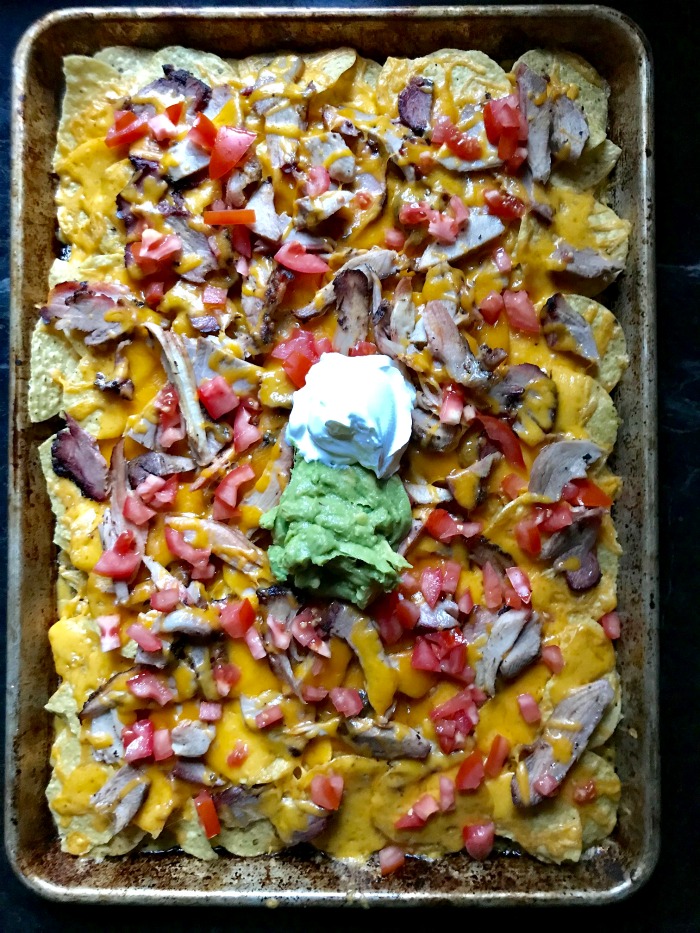 BBQ pork nachos. The chips were kind of duds. The HH is still on the hunt for the perfect tortilla chip. If you’ve got a favorite brand, let us know. 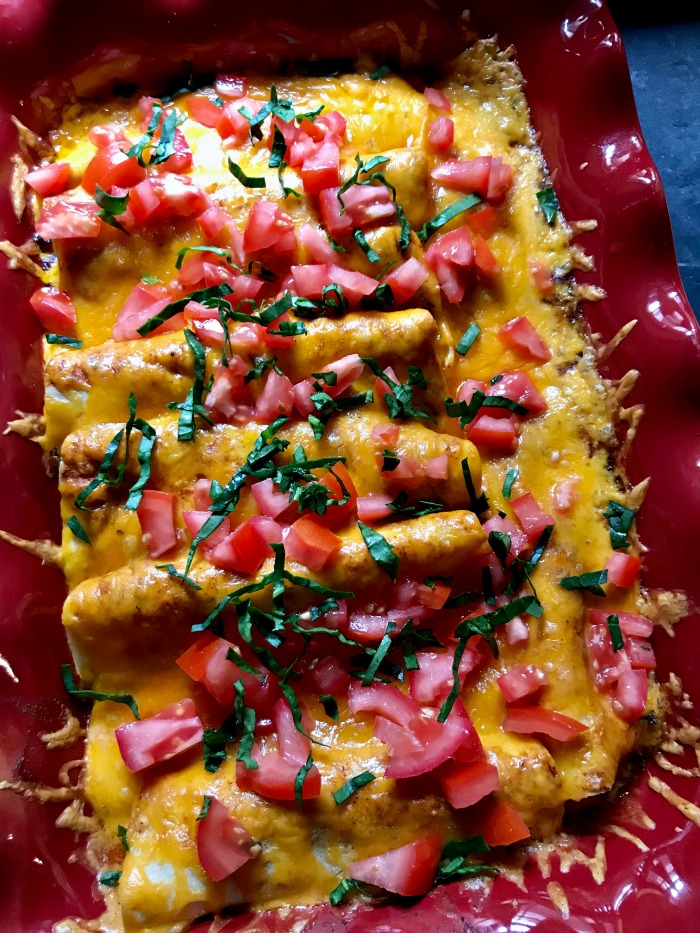 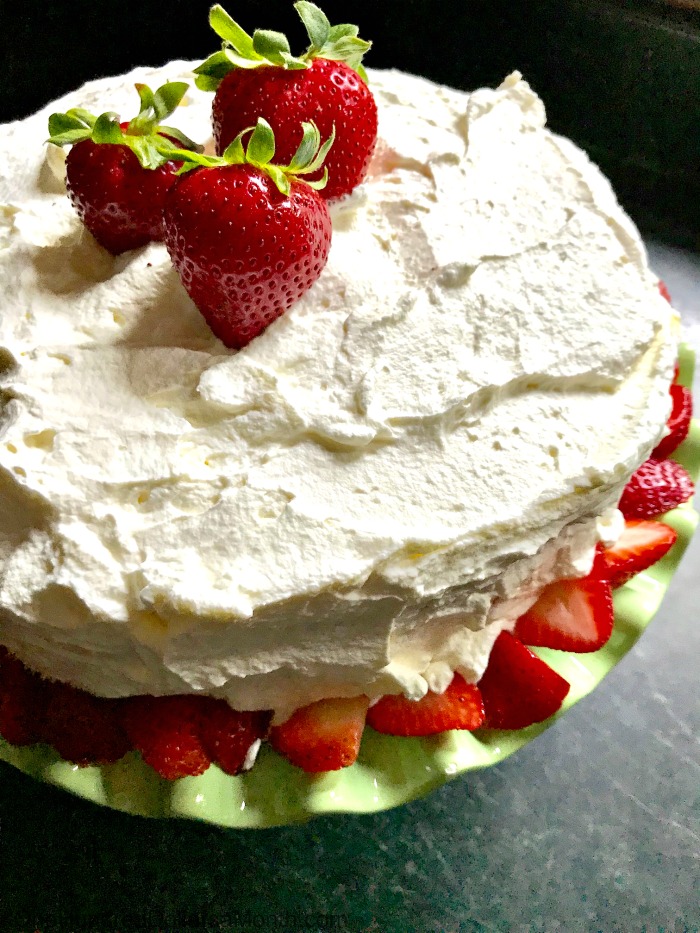 Oh hey, I did make something last week. A strawberry pudding cake for the HH’s birthday. 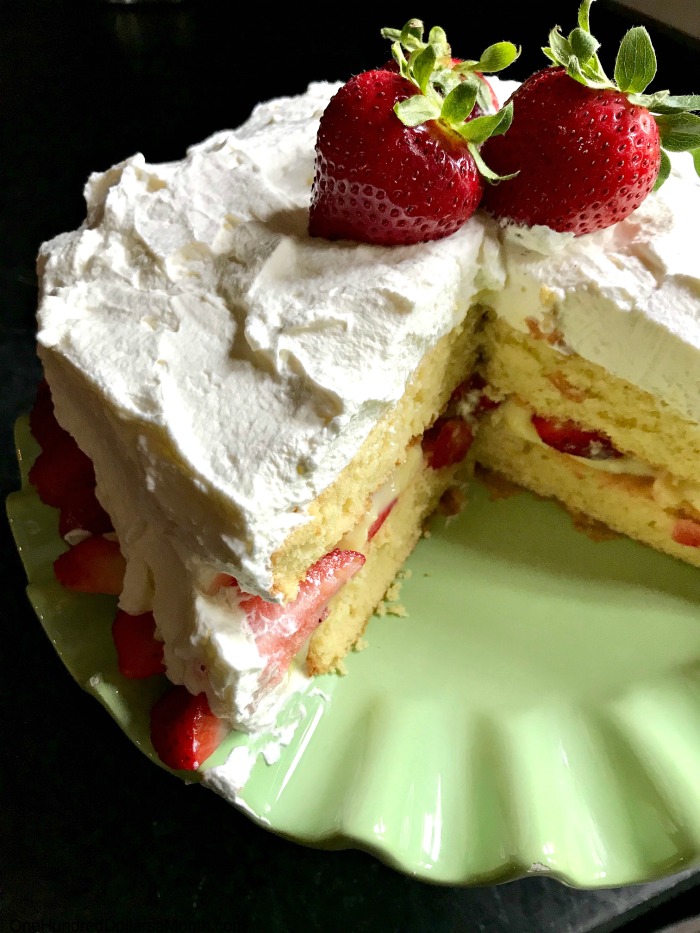 I’ve been making him the same birthday cake now for the last 18 {?} years or so ever since my old neighbor Sarah, the school teacher, made this cake for her daughter’s birthday. One bite and we were all hooked. If you haven’t made a cake like this before, you should give it a go. You can find the recipe HERE. 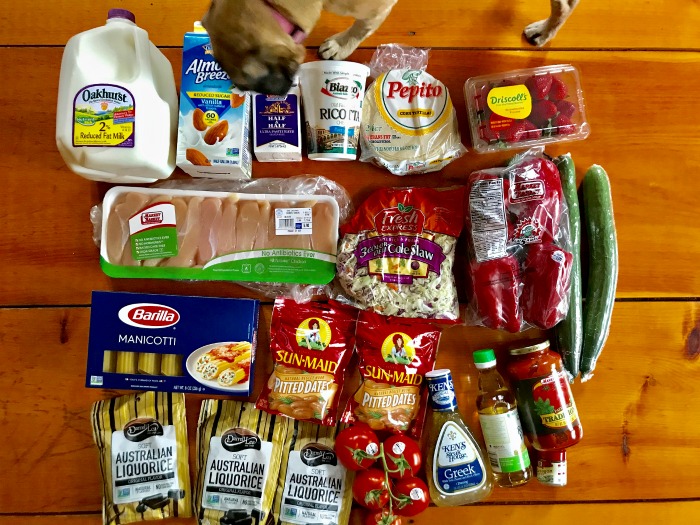 He bought everything on my list. The only extras were the three bags of Darrell Lea black licorice…. They were on sale for $0.99 a bag! Talk about a deal. If you are a lover of black licorice than you know those normally run about $3.00 a bag so at $0.99, that was an amazing find. 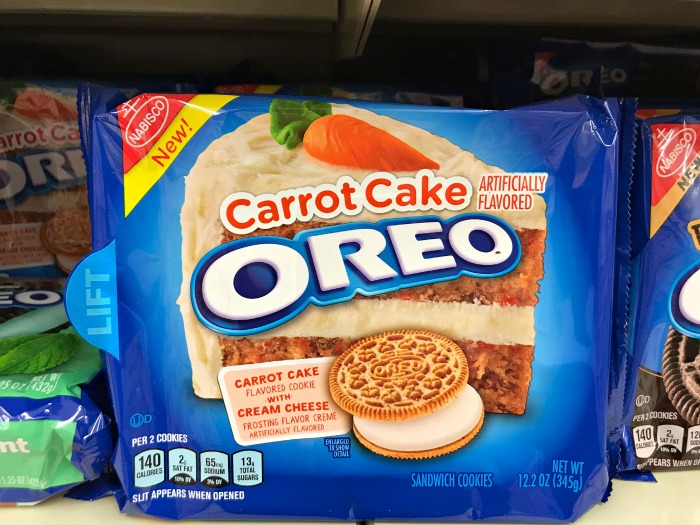 I think Oreo needs to just stick to the basics. Some of their new flavors…. Gag. 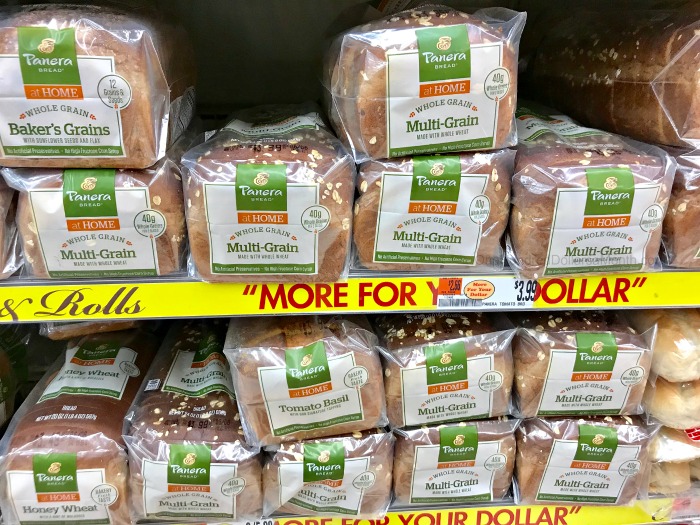 Did you know Panera is mass producing bread for grocery stores now? I can’t imagine it tastes like anything you’d get at their bakery/cafe. 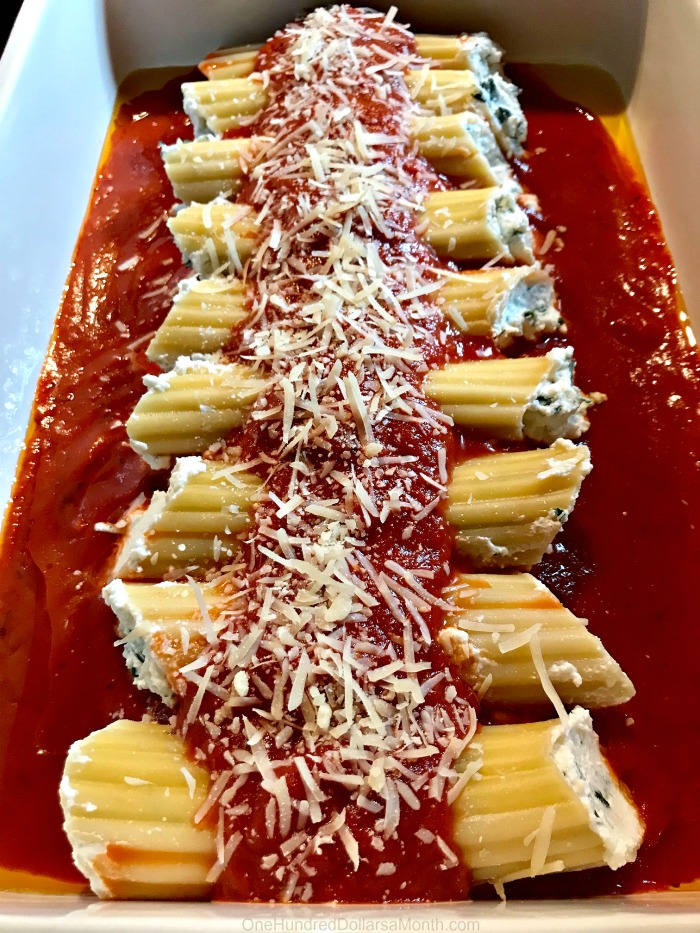 He made manicotti. The man was on a roll last week I tell you. On. A. Roll. 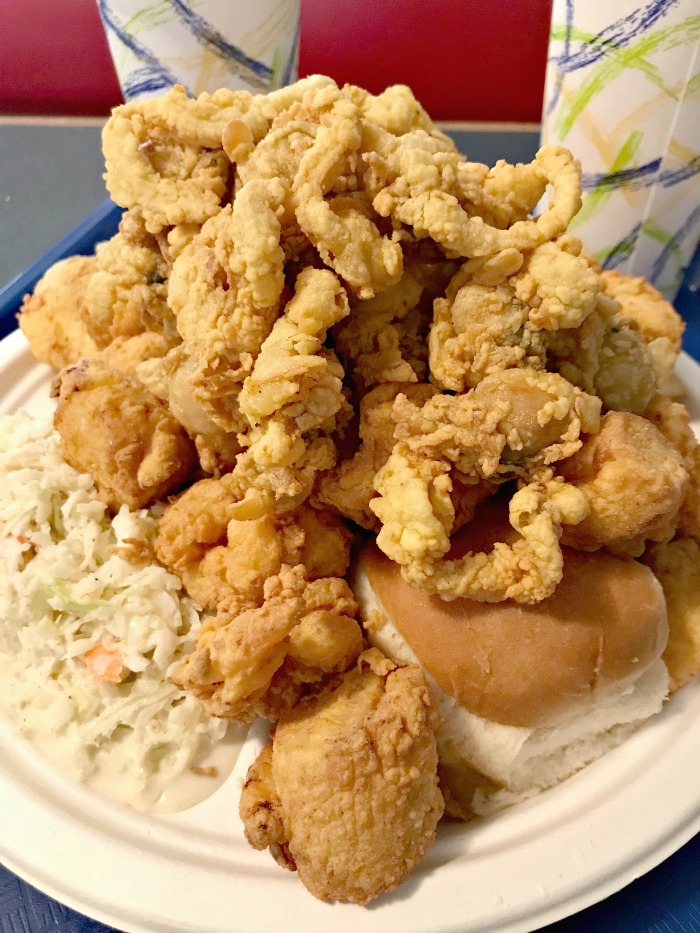 A giant platter of fried seafood from The Clam Box. I had a few bites of the fish and ate the roll and then declared that I was done with seafood for the year. I don’t mind stopping at lobster shacks for lunch so the HH can get his fill…. but this girl has her limits. Let’s hope the rest of this summers seafood places serve hot dogs or ice cream. 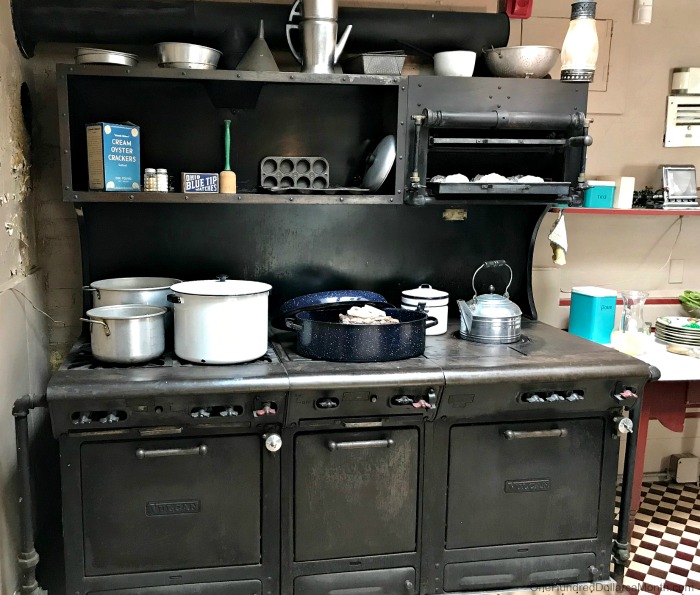 And last but not least, let’s talk about oyster crackers for a second. 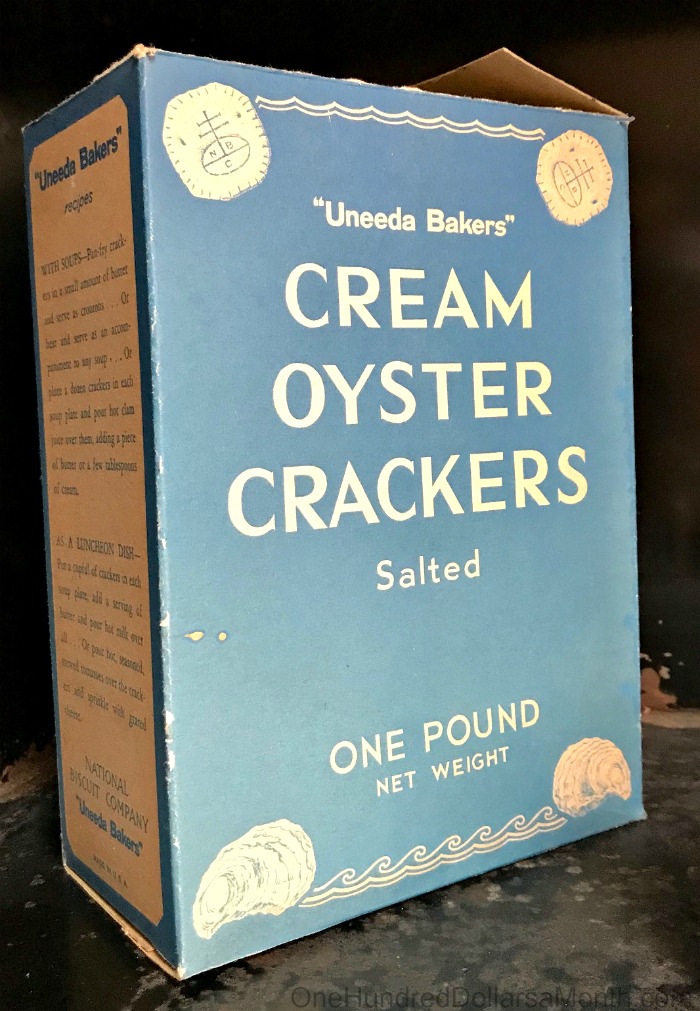 As we were taking our tour of the kitchen at the Beauport, the Sleeper-McCann House last week, I spied an old box of oyster crackers on the shelf above the cook top.

At first glance, it just seemed like a regular old box of crackers…. You know, how cool is that, isn’t it neat the box has survived all these years, yada yada yada… 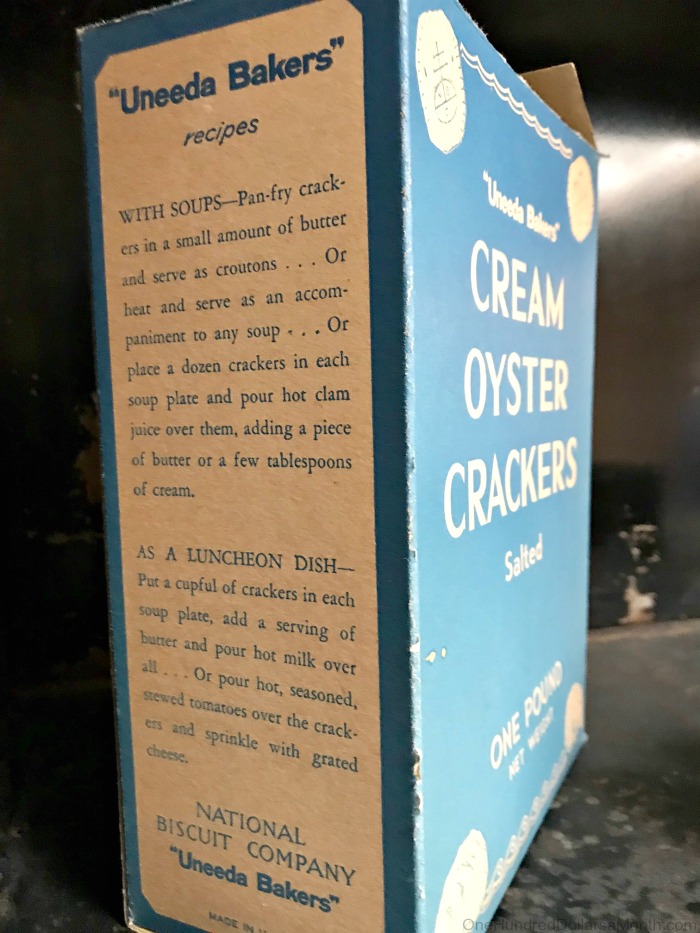 And then I looked at the side panel of the box.

“With Soups: Pan fry crackers in a small amount of butter and serve as croutons … or heat and serve as an accompaniment to any soup.”

Oh my word! Do you serve oyster crackers with soup? Did you know you were suppose to pan fry the crackers in butter before serving them? I had no idea. I’ve always just laid the bag on the table and tossed a few in my soup.

To know I’ve been doing it wrong all these years was kind of amusing. And so now, the next time I serve soup, I’m going to have to pan fry the crackers in butter first.

It was a good week. Filled with lot’s of food. I didn’t have to cook. 😉

Have a wonderful day Monday everyone.

Total Spent on Groceries This Week $47.15